Elderly woman couldn’t stand & walk without her staff. The doctor could do nothing because of her advanced age, but Jesus…! 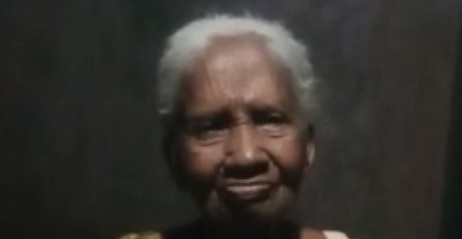 “Greetings to you in Jesus’ precious name! Thank you so much for your intercessory and financial support. Praise the Lord for using our Elijah Challenge workers in unreached places with supernatural power and authority.”
.

“Elderly Binita Tappo had been very weak for months. She had been unable to stand up and walk without her walking stick. The doctor diagnosed her condition simply as inevitable “old age”, so no treatment or prescription drug would be of help. But then our Elijah Challenge workers came and prayed, ministering to her in the wonderful name of Jesus Christ. Binita was amazingly healed, able to get up and walk around freely without her staff. She believed and accepted Jesus Christ as her only Lord and Savior.”
.

“A woman named Dipalit had severe arthritis, unable to bend over and could walk only with difficulty. For a long time she had been under the care of a doctor, but her condition did not improve. Then she heard about The Elijah Challenge, and so attended one of our house churches. There our trained workers prayed and ministered to her in the name of our Messiah Jesus. Dipalit then experienced a miraculous healing from her severe arthritis. Along with her husband she accepted Jesus Christ.”
.

“For nearly two months a man named Kishore had a bad fever. Most of the time his temperature would be very high, and for the past week he had severe difficulty even to eat. His family was distraught what to do since they already had a new doctor who had prescribed new medication for Kishore. But it had been to no avail. Somehow he came to hear about our Elijah Challenge workers, and asked them to come pray for him. After they prayed and ministered to Kishore in the marvelous name of Jesus, his fever miraculously vanished. Kishore and his family then put their faith in Jesus Christ.”
.

“Little Archita had suffered from stomach pain for a long time. From time to time she would also vomit. Her parents had taken her to the hospital time after time, and were losing patience and hope. They had spent so much money for Archita’s treatment, but the pain accompanied by her cries would not relent. Then our Elijah Challenge workers ministered to her in Jesus’ name. The Lord graciously healed the little girl. After the gospel was preached to them, Archita’s parents accepted Jesus Christ as their only Lord and Savior.”
.

“Parbati Majhi had migraines causing her to shake. Since the pain was severe, she had difficulty working. Prescription medication had not helped. Then her husband contacted our Elijah Challenge workers, who came and ministered to her in the wondrous name of Jesus Christ. Parbati was completely healed from the migraines. Both she and her husband then accepted Jesus Christ.”
.

.
For Hindus in India there are four holy places. Among them is Puri in our state of Odisha (Orissa). Currently there is a big Hindu festival taking place called “Car Festival” — the largest festival in our state. Hundreds of thousands of people gather there not only from all over India, but even from different countries.