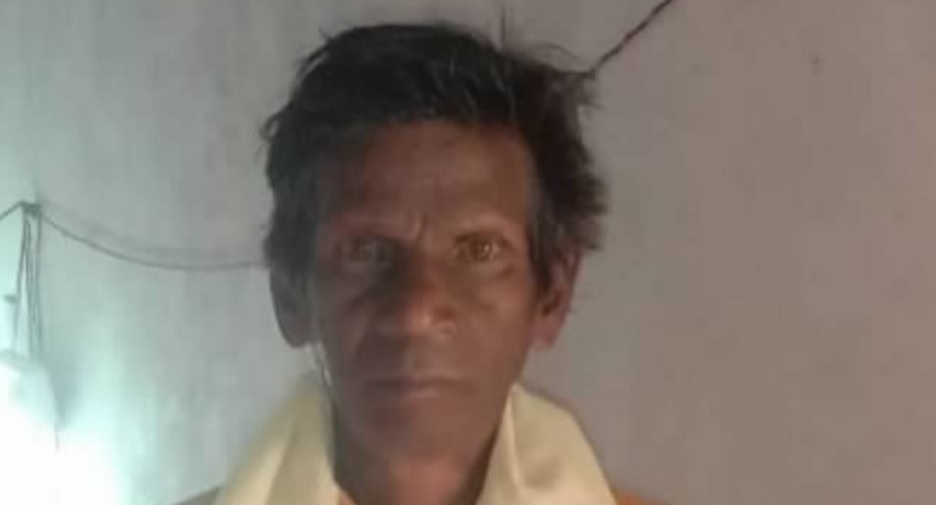 “Thank you so much for your prayers and financial support. At the outset of this New Year, we are already seeing many miraculous healings and deliverances from demons in our harvest field in India.”
.

Selected reports from among many received…

“Khunu Munda (above & below), an elderly man living in the village of Laeida, had sickle cell anemia for 12 years. He attended one of our house churches where he was miraculously healed after our Elijah Challenge workers ministered to him in Jesus’ name. Khunu was astonished at the quick healing he experienced in his body, and accepted Jesus Christ. He asked our workers to start a new house church in his home.”
. “The Lakra family (below) living in a village called Jhatenbud had two sons but had lost one of them in an accident. A few months later the remaining son traveled to the state of Gujurat to work as a laborer, but there he went insane. Back home in the village the family would hear strange sounds at night from the kitchen utensils and from the roof. It was very disturbing and confusing for them. Somehow they heard about our Elijah Challenge workers who happened to be ministering in their area. They asked our workers to help. They went and prayed for them as well as exercised authority over the home (and any unclean spirits) in Jesus’ name. Within a few days, the sounds disappeared and everything was back to normal. Their son’s mind was also restored. The family accepted Jesus Christ as Lord and Savior.”
. “Damayanti (below) had been deaf in one ear since birth. Our workers went and ministered to her in Jesus’ name. The deaf ear opened up and her hearing was miraculously restored. Her parents accepted Jesus Christ.”
. “For three long years, elderly Raghaba (below) had stomach pain. There was no change in his condition following much medication from various doctors. Then our Elijah Challenge workers ministered to him, and his stomach was wonderfully and totally healed. He accepted Jesus Christ.”
. “For the past year Kamidini suffered from a problem in her uterus. She had been treated with both ayurvedic as well as allopathic medicine, but the problem persisted. Kamidini was miraculously healed after our workers ministered to her in Jesus’ powerful name. She accepted him as her Lord and Savior.”
.