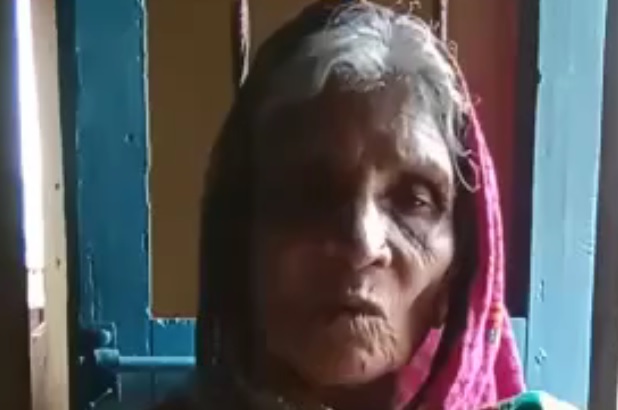 “Thank you so much for your intercessory and financial support for the extension of His kingdom. Praise God for the wonderful reports we receive from our harvest fields here in India.”
.

“Elderly Jurti (above & below) suffered from arthritis for a long time. Many times she had been to the hospital and treated by different doctors with various drugs, but her arthritic condition remained. With no improvement, Jurti was confined to bed. Then over a few days our Elijah Challenge workers ministered to her in the name of Jesus, and she was miraculously healed—able to get up and move about normally. Jurti then believed and accepted Jesus as her only Lord and Savior.”
.

“For weeks after being bitten by a poisonous snake, Lipini Munda could not move one of her hands normally. Prescription drugs from a doctor she consulted had not helped. Her hand was not functional. Then she attended the meeting of one of our house churches in a nearby village. There our Elijah Challenge workers ministered to her with authority and power in the name of our Messiah Jesus, and her hand was miraculously healed. Lipini then believed and accepted Jesus Christ.”
,

“For a long time, an elderly man named Himansu could not breathe properly. A doctor had been treating him with prescription medication, but the inability to breathe normally continued to plague him. But when our Elijah Challenge workers ministered to him in the wondrous name of our Messiah Jesus, normal breathing was miraculously restored to him. Himansu then accepted our Lord Jesus as his Lord and Savior.”
.

“A young lady named Rajani had an infection in her ears causing her severe pain for a few weeks. Her father took her to see a doctor who prescribed medicine for her. But after a week of taking the drug, the pain caused by the infection actually increased. Then our Elijah Challenge workers came to minister to her in Jesus’ name. The ear infection miraculously cleared up, and Rajani was healed. Her father and mother then believed in Jesus Christ as their Lord and Savior.”
.

“For a week, young Phula had fever and pain in her body so severe that she would just cry in her torment. No matter what, her temperature would not go down, puzzling her dear parents. Then her father called one of our believers. He came and brought her to one of our house churches where our Elijah Challenge workers ministered to her in the life-saving name of our Messiah Jesus. Phula’s fever and pain then miraculously vanished. Her relieved parents accepted Jesus Christ.”
.