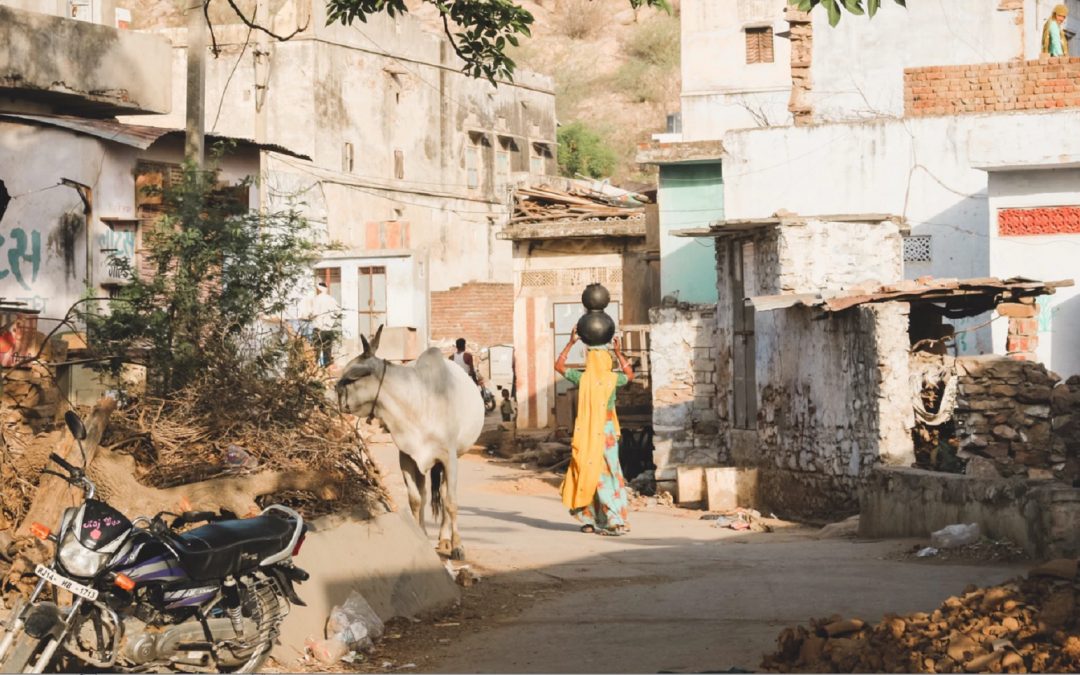 “Glory to God! Thank God for His protection over all of us. During this COVID-19 lockdown we are experiencing the hand of God in our ministry. In some places the lockdown is very strict, but in other places our workers are relatively free to go minister by bicycle or on foot. Our workers do not want to miss any opportunity to share the gospel.”

During this lockdown they have gone out and reached two Unreached People Groups: the Bhunya and the Kasasta tribes.

For the Church it may now be a time to “hide”, but for harvest workers in the field a time to “move the needle”.

“In a village known as Jamburala lived a woman who was unable to walk for two months following a stroke. She had received medical treatment and prescription medication, but still could not walk. When our Elijah Challenge workers ministered to her in the name of Jesus Christ, she began walking around at that very instant. After that more sick people in the village came and were miraculously healed by the Lord. Praise God that she and her family accepted Jesus Christ.

A well-known family of tailors named Biswal belongs to the high caste of Hinduism. They live not far from us within walking distance. A year and a half ago tragedy struck the family. The father was killed in a horrible train accident. The family could not even recognize his body after the accident.

He was a very religious and generous man. He would organize most of the Hindu rituals for the community and cover the expenses. Early every morning for many years he would get up and worship his goddess. After his sudden demise his wife was overwhelmed with what might now happen to her daughter and son now fatherless with no provider. How is it possible such a thing could befall a man who was so sincere to his goddess and spent almost all of his income for Hindu ceremonies?

One of our new believers went to her house and shared with her the gospel, and especially about the miraculous healing power of Jesus Christ. She accepted Christ as her personal Savior, and removed all the idols from her home. She wants to continue to walk with Jesus, but faces opposition from relatives. Please pray for our new sister in Christ. Her name is Aradhya Biswal.

A young man had a mental disorder, and would punch himself on the neck. His parents couldn’t control him. For few days his family kept him in a hospital but it didn’t help. Then our Elijah Challenge workers ministered to him in Jesus’ name, and his mind was restored back to normal. He is now attending one of our house churches—without any problems!

In Bataka Village, Pidika had been confined to bed for four days after having malaria for a week. Even after receiving an injection he couldn’t get up from bed. Our Elijah challenge workers ministered to him and he was healed from the malaria. He accepted Christ and is now attending one of our Elijah Challenge house churches.

In a village called Bamra lived a man whose right leg was swollen from below the knee. He was being treated with both ayurvedic and allopathy medicine, but with no results. A lot of money had gone out of his pocket to no avail. Our Elijah Challenge workers ministered to him, and within 4 to 5 days the swelling in his leg disappeared. He believed in the miraculous healing power of God and accepted Christ as his personal Savior.”