Back to Heart Diseases Healed

Jesse Spencer lives in Houston, Texas. According to the cardiologist’s report, Jesse suffered from chest pain caused by a chronic and incurable heart condition known as mitral valve prolapse (MVP). He also had an enlarged right ventricle. Jesse attended The Elijah Challenge Seminar at Encourager Church last January where believers laid hands on him. In March and April Jesse underwent extensive testing at Houston’s Ben Taub Hospital. According to the medical documents presented below, his heart is now normal. There is no evidence of mitral valve prolapse and his right ventricle is now of normal size.

Below is the November 1999 report from Cardiologist Dr. Luis Campos. His conclusions are at the bottom of the report, and are reprinted here below. 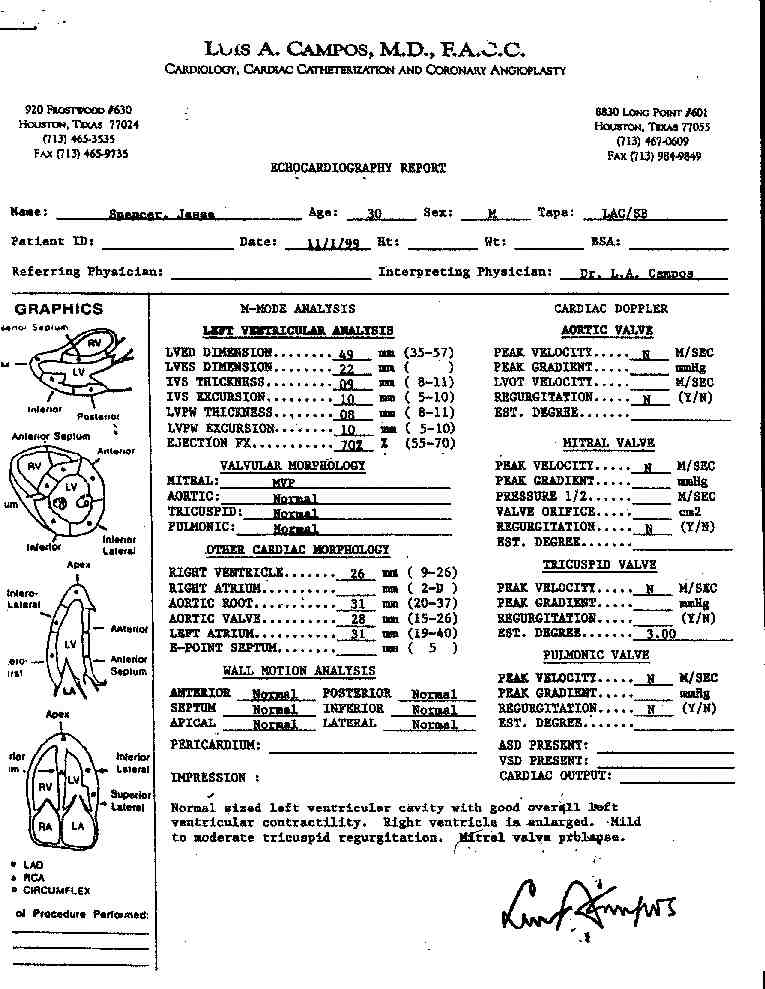 After Jesse attended our January 2006 Seminar in Houston where he was ministered to by the believers, he underwent extensive medical tests in March.

Below is the Transthoracic Echocardiography Report based on the tests. In the box near the top it reiterates Jesse’s history: chest pain, MVP. Then please note near the bottom third of the page the notations: 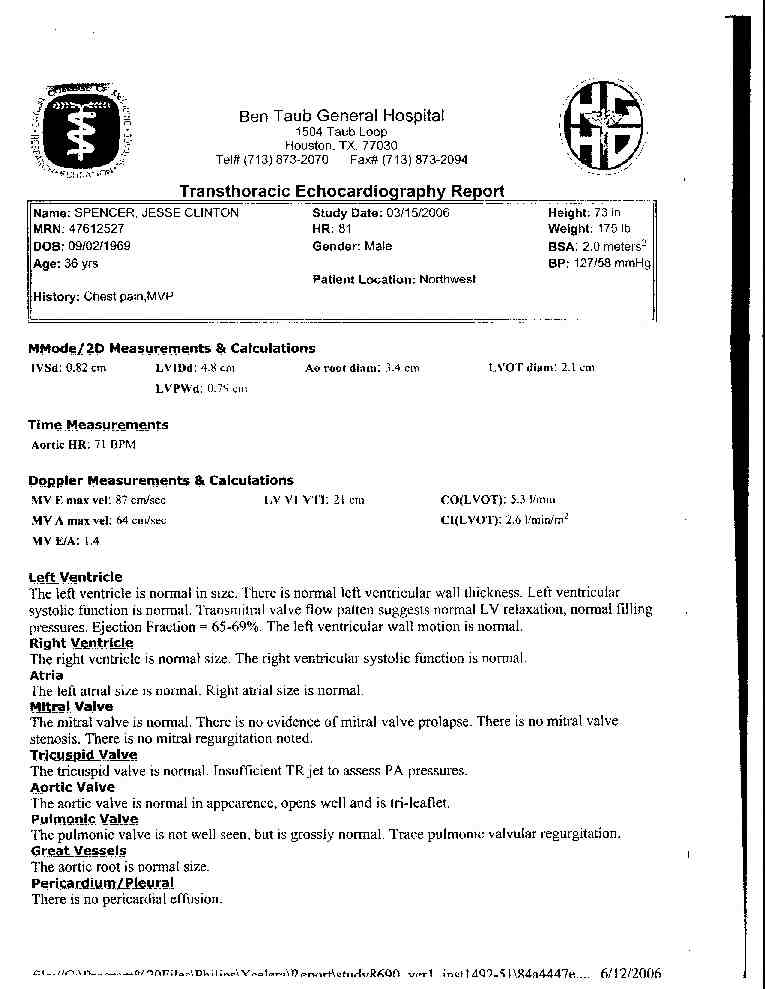 The Interpretation Summary taken from the end of the report is: “Normal transthoracic echocardiogram.” See below.

Below is the August 2006 statement from Jesse’s doctor. 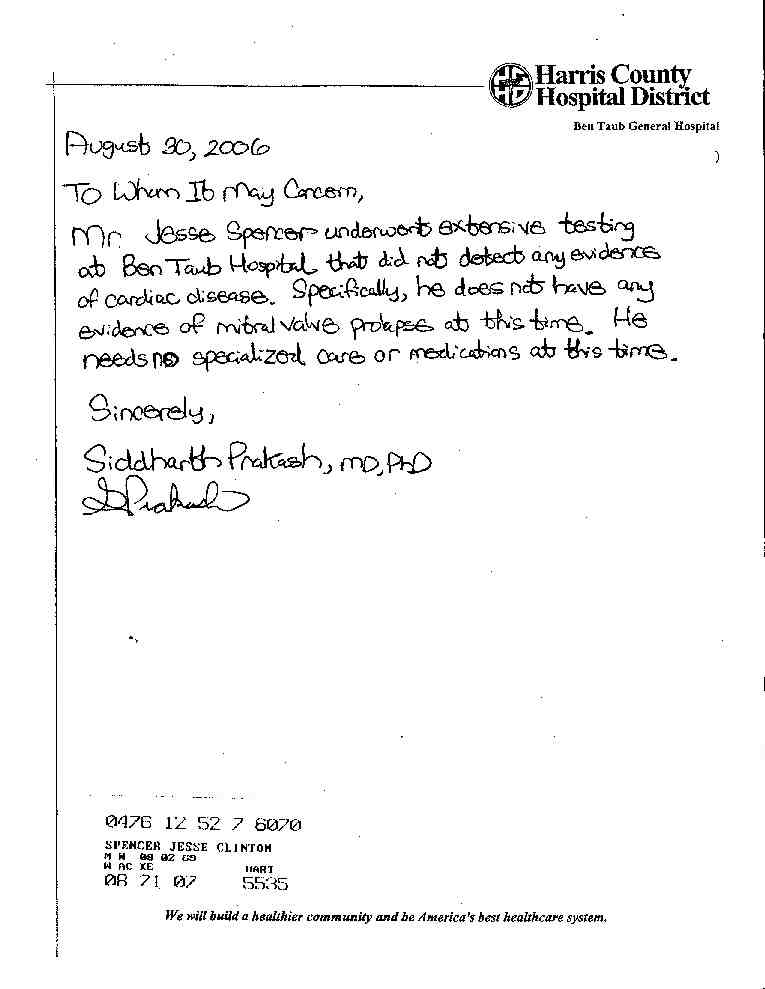