Doctor and sorcerer unable to help woman mute for a year due to demonic attack. BUT Jesus…! 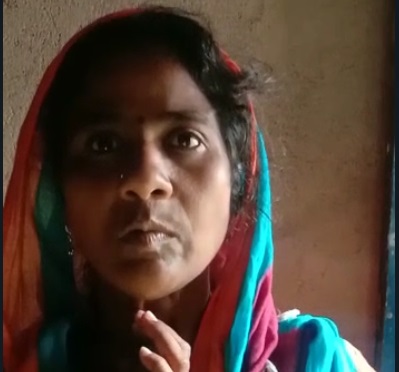 “Greetings to you in Jesus’ precious name. Thank you so much for your intercessory and financial support for the ministry, The Lord is so gracious to use our workers in our harvest field here in India. Praise the Lord!”
.

“A year ago a woman named Namita Sethi (above & below) was unable to speak as a result of a demonic attack. She found herself totally mute. People told her that a demon had locked her mouth. Her husband and family members consulted with a doctor, but he could do nothing for her. Then a sorcerer was consulted, but he also was helpless to do anything. So it was indeed wonderful that when our trained workers ministered to her with authority in Jesus’ name that she opened her mouth and began to speak again. Her entire family accepted Jesus Christ as their only Lord and Savior.”
.

“Ramila suffered terribly from a migraine. A doctor had treated her with a prescription drug, but after taking it for a long time she wasn’t well. Then our Elijah Challenge workers came and ministered to her in the wondrous name of our Messiah Jesus. Ramila was miraculously healed. The gospel was then shared with her family, and Ramila accepted Jesus Christ.”
.

“For a year and a half, a woman named Saraswati Lakra had a problem with her uterus. One by one she had consulted with several doctors including a specialist in ayurvedic medicine and had taken the medicine they prescribed, but her condition remained. Then she attended one of our house churches where our workers prayed over her in Jesus’ name. Her uterus was then miraculously healed. Along with her husband Saraswati accepted Jesus Christ. She has now experienced the Living God in her life.”
.

“With arthritis in one of her legs over a period of four months, Sulochan had trouble walking. A doctor had prescribed medicine for her, but after taking it regularly she experienced no improvement. She then attended one of our house churches where she was instantly healed by the Lord. She then believed and accepted Jesus Christ.”
.

“Asha Manjari Tappo had a severe problem with urination. Every five minutes she would have to run to the bathroom. Treatment by a specialist did not help her. Then our workers ministered to her in Jesus’ marvelous name, and her problem with urination was no more. Asha believed and accepted Jesus Christ.”
.