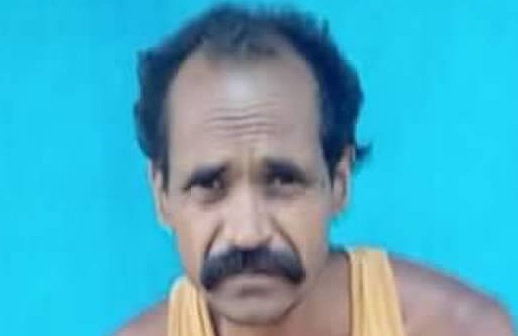 “Greetings to you in Jesus’ precious name. Thank you so much for your intercessory and financial support for reaching out to the unreached during these very Last Days.

Praise the Lord that our harvest workers are still able to preach the gospel and heal the sick during this severe COVID-19 lockdown. For the last two years, evangelistic ministry in India has generally struggled due to the lockdown. Zoom meetings go on, but they are only for believers living in larger towns and cities; they will not touch the Hindus at all. But we thank the Lord for giving us a blueprint from Luke 10:9 with which we are now reaching the Hindus in the villages—where enforcement of the lockdown is lax and our workers are more free to go out preaching the gospel. We are praying earnestly that the Lord will graciously allow us many more years of labor to bring lost souls into the kingdom of God.”
.

“For twenty days, Trinath (above & below) suffered terribly from COVID-19. His condition was serious and medication did not help. He and his family were worried that he wouldn’t survive. They contacted our Elijah Challenge workers. Without fear or hesitation they went and ministered to him in the powerful name of Jesus Christ. At that point Trinath was miraculously healed. He and his entire family put their faith in Jesus Christ as their only Lord and Savior.”
. “Seven-year-old Pintu (below) would accompany his parents to a mountain where they would work on a field. He would sit under a tree while his parents labored. Astoundingly, a spirit in the form of a woman appeared to him and walked alongside him. For a week little Pintu was baffled by what he had seen. When he shared with his parents what he had seen, he got very sick. His alarmed parents summoned a sorcerer who came to perform mantras and other rituals, Pintu was not set free and healed. But after our Elijah Challenge workers rebuked the demon and commanded it to leave in Jesus’ name, it left. Pintu was wonderfully delivered. His parents, so relieved and thankful, believed in Jesus Christ.”
. “Prabha Kujur (below) had had seizures for a very long time. Years of taking prescription medications, for which her family had spent much money, did not stop them. Several times when the seizures struck, she was thrown onto the ground and suffered injuries. Then Prabha came to know about our Elijah Challenge workers through one of our sisters in Christ. Our workers went and ministered to her in Jesus’ name; the seizures promptly ceased. Prabha and her family members then accepted Jesus Christ.”
. “Young Rabindra (below) suffered from jaundice and a host of other problems like swelling in his stomach and sickle cell anemia. At one point in time it was reported that he had only 3% hemoglobin remaining in his blood, but somehow he survived. His devastated parents had already lost hope for him. Then our Elijah Challenge workers ministered to him in the name of the Lord Jesus Christ. Rabindra was miraculously healed. He and his very grateful family believed, and accepted Jesus Christ as Lord and Savior.”
. “For three months Gupta Sabar (below) had a skin disease. She had consulted with a doctor and faithfully took the medicine he prescribed for two months. But there was no change in her condition. Then our Elijah Challenge workers went to her home and ministered to her in the name of Jesus Christ. Within two days her skin condition cleared up. Following the miracle, Gupta believed and accepted Jesus Christ as personal Savior.”
.