Boy driven by demon to stay in jungle despite the efforts of his Hindu family; set free by Jesus 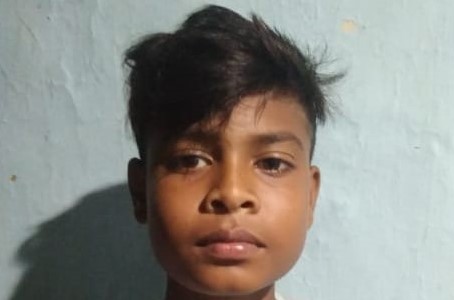 “Greetings to you in the precious name of Jesus Christ. Thank you so much for your intercessory and financial support for the extension of His kingdom in India.

Everywhere nowadays during this pandemic, ministry via media is going on. Many leaders are awaiting a “digital revival”—but neglecting to proclaim the kingdom of God to the unreached. So thank the Lord we are seeing the Lord move powerfully in unreached villages with miraculous healings and precious souls turning to Jesus.”
.

“For three months young Sujit Kullu (above & below), living in the village of Maledihi, had been demonized. He didn’t want to be at home but instead stayed in the jungle beyond the village. His family tried to keep him at home, but several times the demon would just lead him out to the jungle. His parents finally brought Sujit to the home of our Elijah Challenge workers where they ministered to him and commanded the demon to leave in Jesus’ name. Sujit was set free from the spirit, and his family accepted Jesus Christ as their only Lord and Savior.”
. 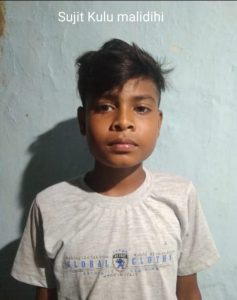 “Prati Barik (below) lived in the village of Samraposh and had been ill for a few days. His condition finally became very serious. His mind was affected, and he started behaving like a mentally ill person. He couldn’t recognize anyone. His speech and walking were abnormal. Then our Elijah Challenge workers ministered to him in Jesus’ name, and Prati’s mind was restored. He accepted Jesus, and now every Thursday a prayer fellowship (house church) meets at his home.”
. 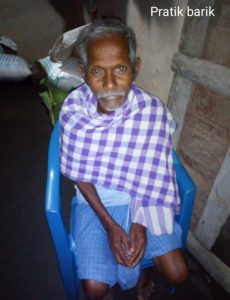 “In Prati’s village lived a man named Sridhar (below) who had suffered from arthritis and a severe problem with his backbone for two years. He had been to the hospital and had received medication as well as injections, but still had so little strength that most of the time he was in bed. While our Elijah Challenge workers were ministering in another home in the village, one of Sridhar’s family members summoned our workers. As they ministered to him in Jesus’ name, the Lord touched him. He rose from his bed, miraculously healed. Sridhar and his family accepted Jesus.”
. 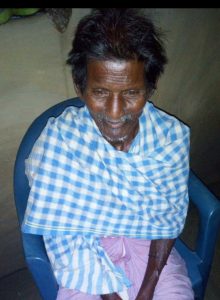 “For three years, Basamati Majhi (below) couldn’t see properly. She had been ill for a long time, and after that she lost her eyesight. For days she was in the hospital but her condition persisted. Day-to-day life was very difficult for her. Then our Elijah Challenge workers ministered to her. She was miraculously healed from her illness, and her eyesight was restored. Basamati is now attending one of our house churches.”
. 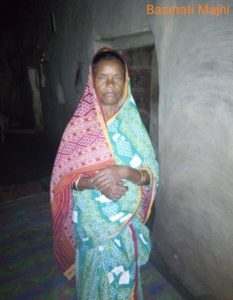 “A young girl named Kumudini Rohidas (below) lives in the village known as Pradhan Pada. She suffered from terrible pain in her stomach. Whenever the pain struck, she would fall to the ground and cry. Kumudini had been taken to the hospital and given medicine prescribed by the doctor, but her condition remained. After that her family took her to see a sorcerer, but his efforts also failed. After our Elijah Challenge workers ministered to her in Jesus’ name, Kumudini was completely healed. Her family believed on Jesus Christ as their only Lord and Savior.”
. 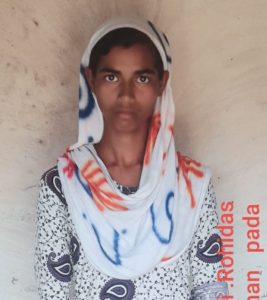