Biranta turned to alcohol when he could no longer deal with his wife’s many physical infirmities. BUT Jesus…! 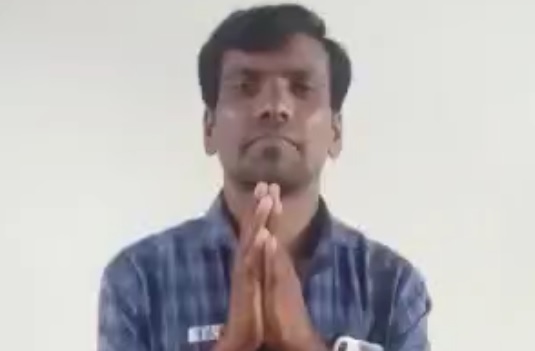 “Thank you so much for your intercessory and financial support for the extension of His Kingdom. The Lord is so very gracious to use our harvest workers in such special ways.”
.

“Due to his wife’s sickness a man named Biranta Takri began drinking. His wife suffered from various physical problems, requiring him to take her from hospital to hospital and spending much money on her treatment. She had a problem with her uterus and a disease which caused her body to swell. Then our Elijah Challenge workers arrived at their home to pray and minister to Biranta’s wife in the name of Jesus our Messiah. She was marvelously healed from all of the infirmities which had plagued her. Both Biranta and his wife then believed and put their faith in Jesus Christ. And Biranta stopped drinking.”
..

“After consulting with her doctor Ritika came to realize that her kidney disease was very serious. She and her husband were very apprehensive about what could happen to her. They knew our Elijah Challenge workers, and so shared with them Ritika’s need asking for their help. Our workers prayed and ministered to her in the most wondrous name of our Messiah Jesus. Ritika’s kidneys were then miraculously healed. After that both she and her husband accepted Jesus as their only Lord and Savior.”
.

“For a long time a woman named Rasmi suffered from eosinophilia, a condition characterized by an elevated count of white blood cells. It can signify an underlying health condition like asthma. And Rasmi had difficulty taking a breath. At the hospital she had received prescription medication from the doctor, but the condition persisted. Then our Elijah Challenge workers came and ministered to her in Jesus’ marvelous name after which Rasmi was wonderfully and miraculously healed. She decided to put her faith in Jesus as her Lord and Savior. Rasmi is pregnant and believes that by God’s grace she will deliver normally.”
.

“A woman named Mina Das had severe back pain which confined her to bedrest for a month as advised by her doctor. For six months she took the medicine prescribed by her doctor, but her condition and pain actually worsened. Then she heard about our Elijah Challenge workers, and attended one of our house churches. There our workers ministered to her in Jesus’ name, and Mina was miraculously healed from the back pain. Mina then believed and accepted Jesus Christ.”
.

“For days Sunam Khora suffered from unbearably painful hemorrhoids. Medication failed to provide any relief. Then our Elijah Challenge workers came to pray and minister to him in the powerful name of Jesus Christ. Sunam was then miraculously healed from the hemorrhoids. After that he accepted Jesus Christ as his only Lord and Savior.”
.