Are you using an old obsolete dial telephone? Of course not! So why are you still…..? 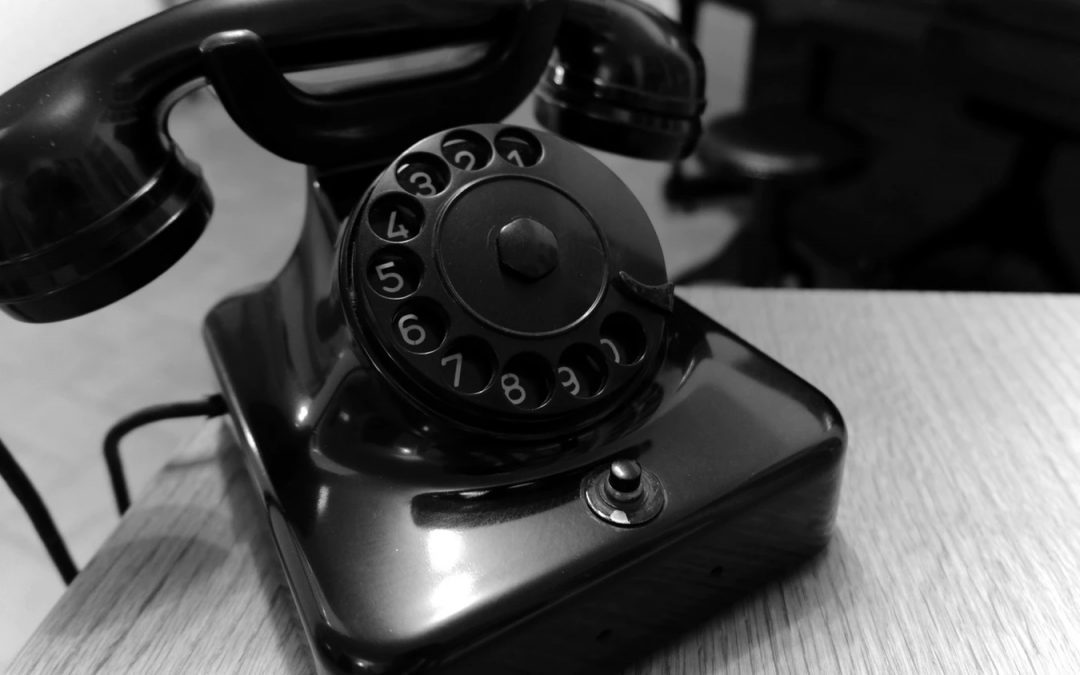 It is amazing how technology today has enabled many tasks which years ago were impossible or very slow to be accomplished instantly.

When my wife and I began preaching the gospel as missionaries in primitive regions of Indonesian Borneo over 40 years ago, it took an entire month or more for us to communicate with our sending church back home in New Jersey. First I would have to sit down at my portable typewriter and peck away to create a letter or report. Then to send it I would have to take a boat and then a taxi over to the nearest town where there was a post office. It would take about two weeks for my letter to arrive at First Christian Assembly in Plainfield, New Jersey. They would write us back. Around two weeks after that I would make the long trip back into town to pick up their reply at the post office.

Nowadays for us in America to communicate with the people we led to Christ in Borneo decades ago, things have changed radically. All we need do is pick up our smart phone, punch in a couple of keys on Whatsapp, and we talk to them as if they’re next door. The reception is clear—maybe because there are no tall buildings on their end to interfere with the signal. This would be unimaginable forty years ago.

From a month or more to mere seconds—that is the change and acceleration we’ve witnessed within forty years. And as in the realm of technology, so it is in the realm of missions during these Last Days. With thousands of people groups still unreached yet with only a short time remaining, the Lord has now accelerated the pace of missions to the unreached—especially to the gospel-resistant.

As just one example, one servant of God we trained in 2016 is now training overseas harvest workers so effectively that he is aiming for 1,000 house churches to be planted by them in the year 2020 alone. In late 2019 he reported that his workers in Asia planted 84 house churches in a single month. (On their website, one mission group said that took 3 months to plant one house church.) Another servant of God we trained in India has seen one million souls raise their hands to accept Christ in a single meeting. The Lord is bringing and has brought about a tremendous acceleration in missions during these Last Days.

Today we don’t use the technology we did 40 years ago. Today we all use smart phones. It makes no sense at all to depend on the old technology. And no one does.

Why is it that missionaries today still depend on the old ways and methods in foreign missions? Why can we not see Acts as our model for missions today—instead of simply a record of the history of the early Church?

Yes, most cannot imagine that the harvest can be reaped so quickly, especially among Muslims, Hindus, Buddhists, animists and idol-worshipers. But forty years ago who would have believed that communication between remote regions in the Third World and back home in the West could be instant?

With God nothing is impossible. Jesus Christ is the same—yesterday, today, and forever. The powerful way in which He used the early disciples to reach idol-worshiping Greeks and Romans He can also use to reach resistant people groups through disciples today.
.

How can we reach 3,000+ unreached people groups during these Last Days when the remaining time is short?
.

Traditional Missions and the Last Days