“While leading her goat, sheep, and cow to feed in the forest, a tribal woman was attacked by an unclean spirit…” 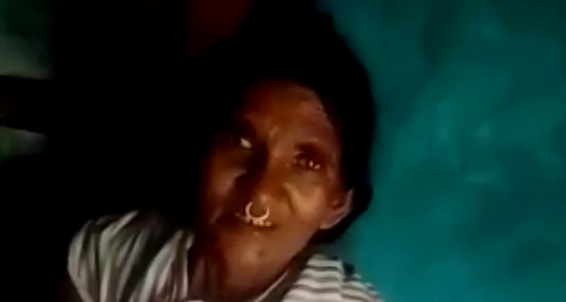 “Thank you so much for your intercessory and financial support for the extension of His kingdom in India.”
.

“While leading her goat, sheep, and cow to feed in the forest, a tribal woman was attacked by an unclean spirit. After she returned home, she was unable to talk or express herself to her family. Her parents understood that it was the work of a demon, and so instead of taking her to the hospital they sought help from a sorcerer. But the sorcerer failed despite his best efforts. Her parents then contacted our Elijah Challenge workers who came and rebuked the demon, commanding it to leave the woman in the wondrous name of our Messiah Jesus. The demon promptly left her, and she started to talk normally again. Then her parents believed and accepted Jesus Christ as their only Lord and Savior.”
.

“For a long time, an elderly man named Baida Ram had suffered from arthritis making life hard for him. Not only he had problems getting around, even eating and drinking were difficult for him. He had been treated at the hospital and taken the medicine prescribed for him. But the arthritis persisted. Then our Elijah Challenge workers came and ministered to Baida in the name of the Lord Jesus Christ. He was marvelously and miraculously healed. He then put his faith in Jesus Christ and is now attending one of our house churches.”
.

“Young Kamal had a fever which would not subside. Most of the time his temperature would be high. Despite the medication he was taking he was not well. Eventually, Kamal became very weak and was confined to bed. On one occasion he collapsed onto the floor. Then our Elijah Challenge workers came and ministered to him with authority and power in the name of the Lord Jesus Christ. The fever vanished and Kamal was miraculously healed. He then believed in Jesus and accepted Him as Lord and Savior.”
.

“Sabha Harijan had a problem with one of her legs. It was painful, but she did not know why. She had gone to see a doctor, but even after performing tests he could not diagnose the problem. So she was given a painkiller to take. But even after a long time she was still unable to manage the pain in her leg. Somehow her family came to hear about our Elijah Challenge harvest workers. They went to Sabha’s home and ministered to her in Jesus’ name. The pain disappeared and she was wonderfully healed and freed from the pain. She was able to walk freely with no pain at all. After that Sabha believed and accepted Jesus Christ.”
.

“Jolan is a young man who met with an accident 25 days ago. The injury brought severe pain resulting in Jolan unable to raise his hand. For several days he took medication, but the pain did not subside. Then our Elijah Challenge workers came and ministered to him in the wonderful name of Jesus Christ. Jolan was surprised when the pain quickly vanished and he was able to raise his hand again. He put his faith in Jesus Christ as his only Lord and Savior.”
.