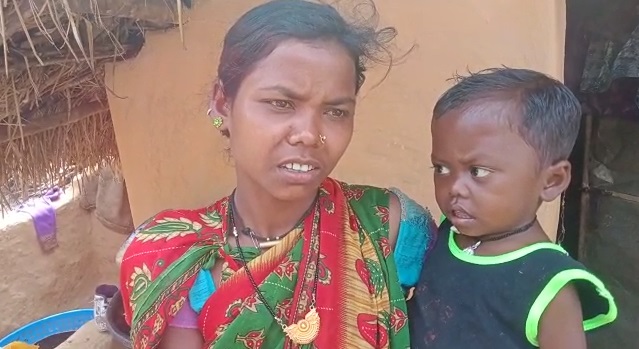 “Greetings to you in Jesus precious name! Thank you so much for your intercessory and financial support.  Praise God for the marvelous work He is doing through our trained workers in His harvest field.”
.

“Four-year-old Rohan (above & below) was born totally mute and had not yet spoken a word. His dejected parents had taken him to a doctor who had informed them there was no cure for his condition. Then our Elijah Challenge workers entered their village and came across Rohan. After some discussion with his parents they ministered to the boy with authority and power in the wondrous name of our Messiah Jesus. After that for the first time Rohan uttered the words ‘mother’ and ‘father’. His delighted parents then accepted our Lord Jesus as their only Lord and Savior. The second video below show Rohan beginning to answer his mother’s questions.”
.

“For three months Susama Bhitria (below) had a mental breakdown. She had no idea what had happened to her. Her parents took her to a hospital but there the doctors could not diagnose her condition. Then our Elijah Challenge workers came and ministered to her in the name of the Lord Jesus Christ, and Susama’s mind was completely restored. Along with her husband, Susama believed and accepted Jesus Christ.”
.

“For some reason Babuli (below) suffered from severe pain in his back for months. Treatment by a doctor with a prescription drug did not alleviate the pain. Then our Elijah Challenge workers ministered to him, and the pain vanished in the name of Jesus. Babuli then believed and received Jesus Christ.”
.

“For twenty-five days Divya Sankar (below) had dengue, a debilitating viral disease of the tropics. His condition had deteriorated becoming critical. Prescription medication from a physician could not bring down the fever. His parents were extremely worried about his life-threatening condition. Then our Elijah Challenge workers came and ministered to him in the wondrous name of our Lord Jesus. Divya was miraculously healed from the dengue, and accepted Jesus Christ.”
.

“Kisan (below) had been addicted to alcohol for the past ten years, and during that time had been committing robberies. His life was mired in misery. Then he came to know about the ministry of our Elijah Challenge workers, and asked them if it would be possible for him to stop drinking. They told him that nothing is impossible with God. After that they ministered to Kisan with authority and power in Jesus’ name. He was then totally delivered from alcoholism and the desire to drink. Kisan vowed that he would never drink again, and received Jesus Christ as Lord and Savior.”
.

Just a few of the over 1,500 (and counting) house churches planted by our harvest workers in Orissa & neighboring states in under five years despite persecution & opposition
.