A very promising young man, always first in his class, was severely demonized & wanted to commit suicide. But God is extraordinary. 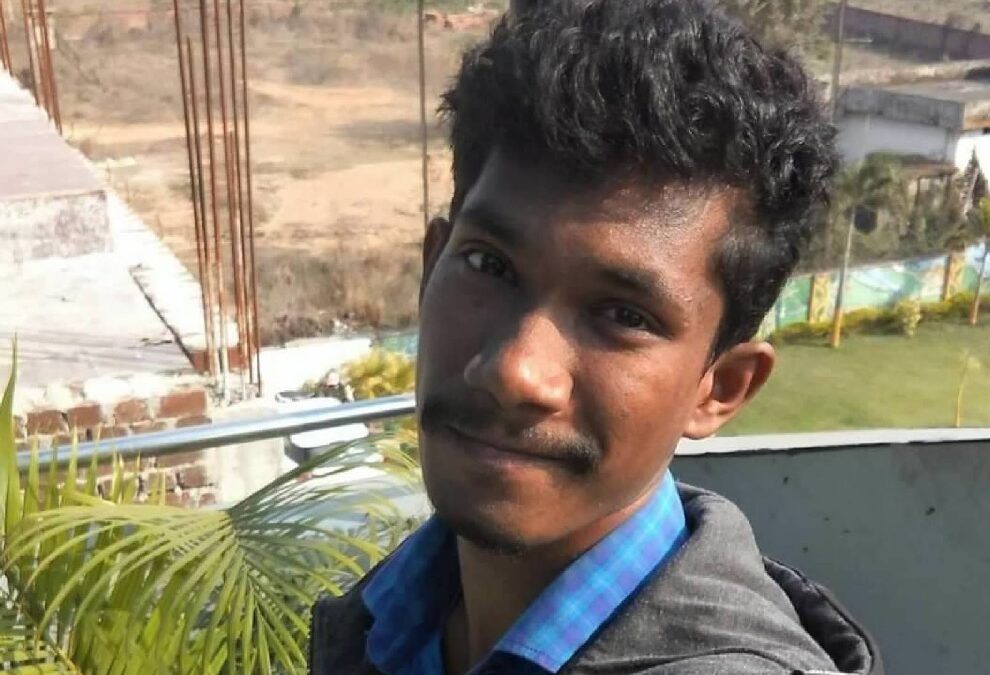 A bright young engineer named Ashis Kullu of Catholic background had been possessed by a demon. From childhood he was consistently first in his class in school and university. Soon after passing his examination, he was appointed to very good post for the state of Tamilnadu.

Ashis’ father is an official for the Life Insurance Corporation of India, and his mother is a senior staff nurse. His younger sister is a dentist.

Beginning in March 2021 Ashis’ behaviour at home changed, mystifying his concerned mother and father. His behaviour gradually worsened until he began raising his voice against his dear parents. This was very much unlike Ashis, a very quiet young man who had been well-behaved since he was little. Without informing his parents, for no apparent reason he resigned from his very good job working for the state of Tamilnadu.

Then for the last month he stopped talking, unable to either eat or sleep. He would seclude himself in the bathroom for a half hour or an hour. Once he even wanted to commit suicide by hurling himself down from the second floor.

On one occasion when he was on his way to a friend’s house, he jumped off his motorcycle. His alarmed parents immediately took him to a specialist doctor who scanned his body from head to toe.

The whole family feared for the young man who at one time had held so much promise. They were helpless to do anything but cry for their boy. But they had known me from a long time before, and so called me on the phone. I had known Ashis since he was little, and so went to see the family at their home. There I was shocked to see his condition.

I saw many of his friends there with him. When Ashis saw me he left, not wanting to talk to me or for me to touch him. For a long time he hadn’t been able even to open his mouth.

From a distance I spoke the word (Luke 7:7b), exercising authority over his condition in Jesus’ name. After a few minutes his condition appeared to change, and he sat down on his bed.

I continued commanding the demon to leave Ashis, and within a few minutes it left. Ashis then recognized me and said, “Uncle Subodh.” His parents and his Hindu friends were in wonderment seeing Ashis set free so dramatically before their very eyes. His parents had thought that it was a mental problem and so had taken him to a doctor. But now they realized that it had been demonic.

The young man was completely delivered. He accepted Jesus as his personal Lord and Savior. Even his astonished parents, never ever in their lives having witnessed such a thing, prayed with me.

Ashis has now gone back to work for the state of Tamilnadu. He’s able to talk, eat, and live his life as before—but now as a born-again follower of Jesus Christ.