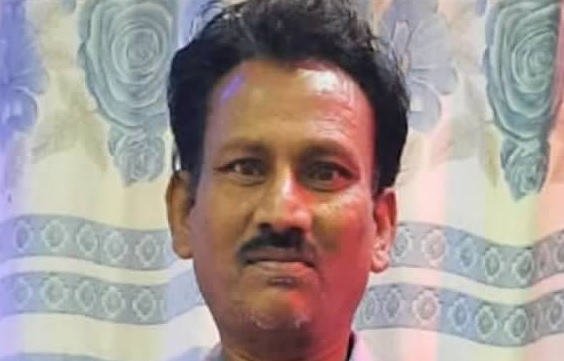 “Thank you so much for your intercessor and financial support. We are praying for you regularly—for you, for all the Elijah Challenge board members, and for supporters of the ministry.

Please continue to uphold us in your daily prayer. For the last two to three days we have been hearing on the news that a third wave of the pandemic is coming. It is starting in the city of Mumbai. The news media is spreading fear in India.”
.

“Raghu Sahu (above & below) had tested positive for COVID-19. He had a fever, a cough and a cold. He had lost his appetite and couldn’t sleep at night. He told his wife and parents that he wasn’t going to survive. But then he contacted our Elijah Challenge workers. They came and encouraged him, telling him that he wasn’t going to die, and that Jesus would heal him. As they ministered to him in Jesus’ name, Raghu was miraculously healed of COVID. He and his wife accepted Jesus Christ as their only Lord and Savior.”
. “For several days, a woman named Santirupa Saa (below) had COVID-19. Despite being under the care of a doctor, she did not recover. Along with her husband she decided to go directly to the home of our Elijah Challenge workers for ministry. As they ministered to her, Santirupa was healed. Both she and her husband believed and accepted Jesus.”
.

“Trupti Mahji (below) also suffered terribly with COVID-19. The virus sapped all strength from her body. Anti-COVID medicine did not help. When our Elijah Challenge workers ministered to her in Jesus’ name, Trupti was miraculously healed. She then accepted Jesus.”
. “A girl named Pikney Kujur (below) had seizures for a long time. The suffering was especially intense during a full moon. Long-term medication did not stop the seizures. When our Elijah Challenge workers minister to Pikney, the seizures ceased. Her parents accepted Jesus as their Lord and Savior.”
. “Narshinga (below), a government employee, had had a disagreement with a neighbor in his village. The neighbor secured the help of a sorcerer who sent demons to torment him. Narshinga became sick for days, with the demons coming every night to torment him. His thoughts were crippled by fear, wondering how his wife and children would survive if something happened to him. Finally he looked for a church where he could stay and be out of reach of the demons. Then through a servant of God Narshinga heard about us, and he came to our home. When we ministered to him in the powerful name of Jesus Christ, the Lord set him free from the fear of death. And the demons ceased tormenting him. The entire family put their faith in Jesus Christ.”
.