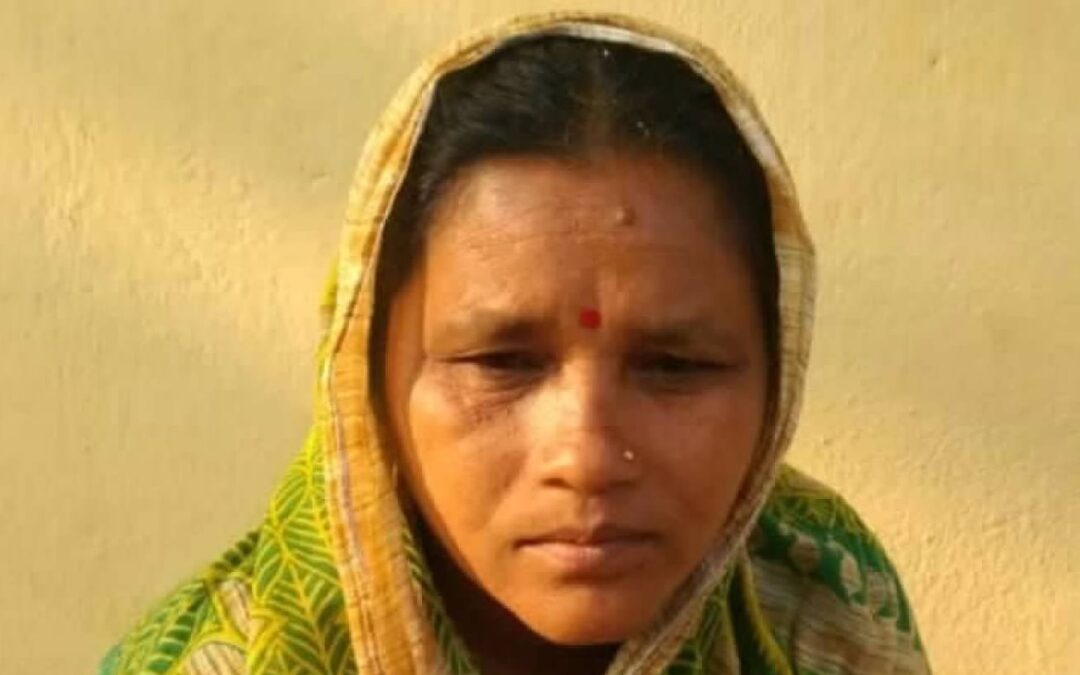 “Praise the Lord! He is so gracious to use our harvest workers to extend His great kingdom.”

“For two years Kamini (above & below), a mother with children, suffered from spondylitis—a terrible condition afflicting her spine. In the beginning they consulted with a doctor who prescribed medicine, but the spondylitis persisted. She actually needed an operation in the hospital, but her husband couldn’t afford the expense of the surgery. But after our workers ministered to her in the name of Jesus Christ, Kamini was miraculously healed and able to stand up straight. The entire family turned to the Lord Jesus.”
. “For the past few months little Anand (below) suffered from pneumonia which just wouldn’t go away. His mother had given him medicine regularly, but it didn’t help. His parents took him to other doctors who gave him ayurvedic medicine in addition to other kinds, but to no avail. Finally they were able to connect with our Elijah Challenge workers, asking them to come minister to little Anand. He was then miraculously healed of the persistent pneumonia in Jesus’ name. They accepted Jesus as their only Lord and Savior.”
. Due to a bad skin infection, Tirupati (below) had open wounds on her hand and her legs. Despite medication over a long time, the wounds would not dry up. Then our Elijah Challenge workers visited their unreached village and ministered to Tirupati at their home. Within three days her skin dried up. Her family believed and accepted Christ.
. Binod Lakra (below) had an infection in his liver. His condition depressed him terribly. He was afraid that something worse was going to happen to him. Treatment for his condition was available only in the state capital hospital, and Binod hadn’t gone yet. Our workers had the opportunity to minister to him each evening over five days. By the end he was well. Binod accepted Jesus.
. Elderly Kumari (below) had a bad throat infection and hadn’t eaten for the last month, leaving her very weak. She hadn’t taken any medicine, but instead sought help from the village sorcerer. But she didn’t recover. Then our Elijah Challenge workers came to minister to her in Jesus’ name. She was miraculously healed, and Kumari put her faith in our Lord Jesus.
.