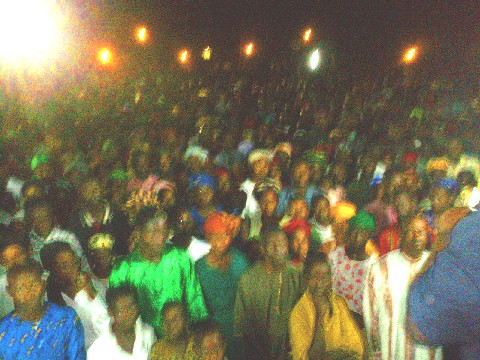 Thousands gathered every night for first-ever evangelistic Crusade
where 2,000 miraculous healings were witnessed

Report to The Elijah Challenge from Crusade Sponsor Rev. Nicholas Nwisah, Superintendent of the Assemblies of God for the Eastern Rivers District in Nigeria:

“Greetings in His precious Name. Find below a short Report of the Babbe Kingdom for Christ Crusade you conducted at Gwara, my home town.

PREAMBLE: The four-day crusade which started from Thursday 15th to Sunday 18th January, 2004 was at the instance of the Gwara Born Again Christians Development Union (GBACDU), a Christian organization in Gwara, made up of about nine different denominations. I am their Life Patron.

1. We have been conducting crusades in Gwara, but no one had assumed the magnitude this one recorded. The followings were very peculiar features:

1.1 RECEPTION: This was the very first Crusade where all the Chiefs, Elders and Youth Leaders came out to give our speaker a resounding reception and a freedom and mandate to speak. Not only that, but they also attended and were present till the last day. This had never been the case in any of the previous crusades. It may interest you to know that these are the very chiefs who in time past had fought against the Gospel. To us this was a glorious and triumphant break through.

1.2 ATTENDANCE: This was also the first crusade where about five thousand people from about fifteen different towns and villages in the Babbe Kingdom came to attend.

2. OUTSTANDING MIRACLES: Training on healing ministries which led to the numerous healings at the crusade was another very peculiar feature. We had never had it like that before. The miracles were in their chains, but some outstanding ones were recovery from poor sight, deafness, arthritis, blindness, paralysis and many others. About 2000 people were healed from various diseases.

3. With the training of an average of 250 workers (ministers and lay preachers) from all over the Kingdom who also involved in the healing ministries, the fire of the revival was kindled and many went back with the flames to their congregations. The after effect went beyond our Local Government to other areas as comments and messages on the program came from all angles to us.

4. Those who keep the fire burning will no doubt reap the result of the crusade as they carry on the Great Commission in future days.

I want to mention that one of the miracles was the immediate rainfall [following the Crusade] on Monday 19th and Tuesday 20th January, 2004 following the prayers for blessings on the land. There had been no rain since mid-November 2003, and this had caused much heat and the delay to cultivate the farms for planting crops. This rain fall added to the people’s faith in God’s visitation on the land for God’s blessings. We are truly grateful to God for His mighty visitations upon His people. We are also grateful to all others who yielded themselves as instruments in God’s hand to make things happen the way they happened, especially Revs. Mosy Madugba (Nigeria) and Brother B. from  the U.S.A who God passed through to execute His program for the Babbe Kingdom. We expect much more from them in the years to come. May God bless them all. Amen.” 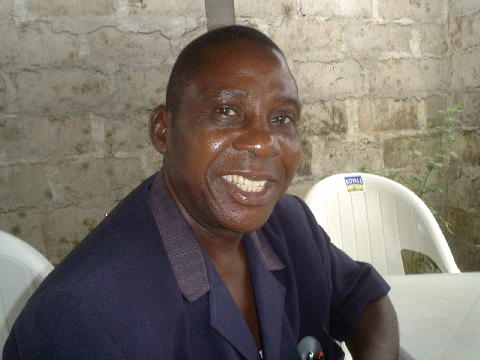 Rev. Nicholas Nwisah
Superintendent of the Assemblies of God for the Eastern Rivers District