“WELL, THAT’S JUST HOW IT IS!” — the explanation why typical mission trips bear little fruit and do not really advance the gospel 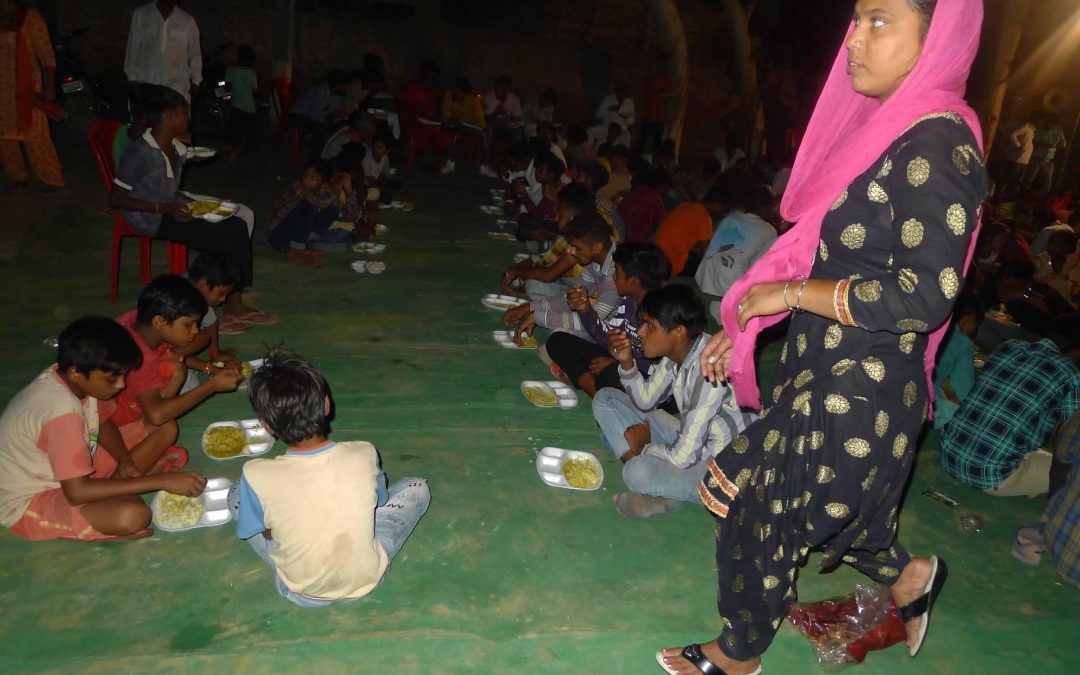 “Are you evangelical or charismatic?” “Neither.”

The missionary was told regarding the lack of fruit on the mission trip: “Well, that’s just how it is…”

I had emailed Eve, a former missionary with YWAM, a large, well-known mission organization based in the United States. Eve had attended our January 2018 Elijah Challenge Training in Germany. There I trained the believers how to reach the lost as the early disciples did so fruitfully in Acts when they preached the gospel to the Gentiles with the convincing evidence of powerful and consistent miraculous healings—reaping great harvests of souls for the kingdom of God.

Eve replied: “Actually that is something I think a lot about. Especially when I returned from [missionary] outreaches where we barely saw any fruit right away. At that time I started to wonder if short-term and long-term mission trips have any value. When I shared my frustration and thoughts with other missionaries, they would tell me that’s just how it is. They told me that ‘we cannot expect lives to be changed right away. [But] being with the children, loving and caring for them means a lot to them.’ And that is very true.”

Yes, it is indeed laudable to love on orphan children on mission trips. But according to Scripture, what should be the primary purpose of a mission trip?

Mark 16:15 And He said to them, “Go into all the world and preach the gospel to all creation.

Matthew 28:19 Go therefore and make disciples of all the nations, baptizing them in the name of the Father and the Son and the Holy Spirit,

Matthew 24:14 This gospel of the kingdom shall be preached in the whole world as a testimony to all the nations, and then the end will come.

The purpose of mission trips is to preach the gospel in the whole world to make disciples of all nations in order to fulfill the Great Commission before the Second Coming of the Messiah. Exactly how did the early disciples preach the gospel in Matthew, Mark, & Luke and later in Acts when they reached out to the Gentiles?

Later in Luke 10, Jesus also sent out the Seventy-Two disciples to heal the sick and to proclaim the kingdom of God. They returned from their short-term mission trip witnessing miracles similar to what the Twelve saw (Luke 10:17). Then in Acts when they reached out to the Gentiles, the disciples (especially Philip, Peter, and Paul) continued to perform impressive miraculous healings as evidence to the Gentiles that Jesus is the Messiah. In this way they were able to reach the Mediterranean world in a couple of generations or so, reaping multitudes of souls for the gospel.

It is because the consistent miraculous healings recorded in the gospels and in Acts—that is, the undeniable, convincing proof of the gospel—are for the most part no longer witnessed in the ministries of present-day missionaries. Lacking miraculous evidence for the truth of the gospel, missionaries today are forced to share the gospel in some other way. The best alternative, of course, is to demonstrate the wonderful love of God by caring for orphans, feeding the poor, and through other praiseworthy humanitarian works. The problem with this noble approach to sharing the gospel is that it does not follow the pattern in Acts, and perhaps equally importantly, it has not worked. Muslims, Hindus, and Buddhists can also do humanitarian works. The real evidence that our God is the only true God and that Jesus is the only way to Him are the incomparable miraculous works done in his name, works that other “gods” are not capable of doing. In the Third World where the supernatural is highly respected and sought after, the miraculous can be extremely effective in drawing people to Jesus Christ as their Lord and Savior.

John 14:11 “Believe me when I say that I am in the Father and the Father is in me; or at least believe on the evidence of the works themselves.”

Jesus here is clearly referring to the miraculous works that he did as the evidence that he is one with the Father and in fact the Son of God. But the real shocker is what Jesus promised in the very next verse—a verse with which every missionary is familiar.

Believers are to do the very miraculous works that Jesus did as evidence that he is the Son of God. Jesus even reinforced this promise by prefacing it with “very truly I tell you” or “truly, truly I tell you.” It is an ironclad promise.

Yet missionaries today are clearly not doing these miraculous works as they share the gospel on their mission trips. They are mostly doing good works without the evidence of the miracles. They just shrug their shoulders and say, “well, that’s just the way it is.” It seems to be inexplicable.

We of course could say that we are not Jesus, the Son of God, and so how can we possibly do the miracles that he did? Our tradition teaches that only God has authority to perform miracles. Yet Jesus unambiguously promised that we would also perform miracles.

This is a mystery that the Church is too embarrassed to address. It is simply too painful. We insist on believing the word of God and His promises, yet there are some promises that are simply unbelievable—not to mention unfulfilled. Therefore some have explained away this mystery by citing the teaching of cessationism or some variation thereof—such as “the miracles in Acts are simply a description of what took place at that time, and not a prescription of what we are to be doing today.” But cessationism is essentially what we would call a cop-out. It says that since miracles as in the gospels and Acts have ceased, God must have taken them away for some reason. This is similar to the primary argument for evolution which posits that since there is obviously no such thing as a God who created all things, the theory of evolution (as impossibly implausible as it is) must therefore be valid.

Did God really take away the miracles?

For those in the Church who refuse to accept the pretext of cessationism for the lack of miraculous evidence for the gospel on the mission field, the issue is nevertheless too bothersome to address. Therefore it has been swept under the rug. Yes, the Lord Jesus promised that we would be doing the works that he did. And of course his promise must be true—he is NOT a liar! But it is not being fulfilled on our mission trips. We don’t understand why not. So let’s just ignore it and sweep it under the rug.

Instead let’s just to do good works of love on our mission trips to show Muslims, Hindus, Buddhists, and idol-worshipers how much God loves them. But this approach, as former missionary Eve witnessed, bears little fruit compared to the great harvests recorded in Acts. And as already mentioned it does not follow the pattern of the early disciples as they proclaimed the gospel of the kingdom in obedience to their Lord.

Upon reflection it is amazing how committed, Bible-believing missionaries will avoid broaching this issue by assuming, “well, that’s just how it is today.” Missionaries—who are otherwise totally committed to the gospel and are willing to lay down their lives for the Lord—avoid confronting this dilemma. But if they dare to face it, they will be fruitful in their ministry as were the missionary disciples in Acts. Not facing it will leave them frustrated—as was the case with Eve and countless other missionaries who have been sent to the mission field.

If we now dare to uncover the dirt the Church has swept under the rug for multiplied centuries, the answers will be found in the gospels and in Acts. We will see that missions as in Acts can and are being restored to missions today during these Last Days—for the fulfillment of Matthew 24:14 and the Great Commission.

Jesus promised unequivocally that you would do the works that he did as evidence to the lost that he is the Son of God. He cannot lie.

According to one very fruitful missionary we trained in Indonesia, miraculous works are the “point of the spear” which penetrates the great darkness enslaving gospel-resistant people groups.

Do YOU dare to challenge the assumptions and “lies” we’ve been fed?
.

“Are you evangelical or charismatic?” “Neither.”

Good is now EVIL; EVIL is good
What the Charismatic Renewal Movement missed
The “God-given right to pursue happiness” has given birth to the woke and cancel culture in America
TO THE CHURCH OF LAODICEA IN AMERICA (AND THE WEST) DURING THESE LAST DAYS