Woman with cancer attacking 90% of uterus healed; she & her husband (healed from 2-month fever) believe 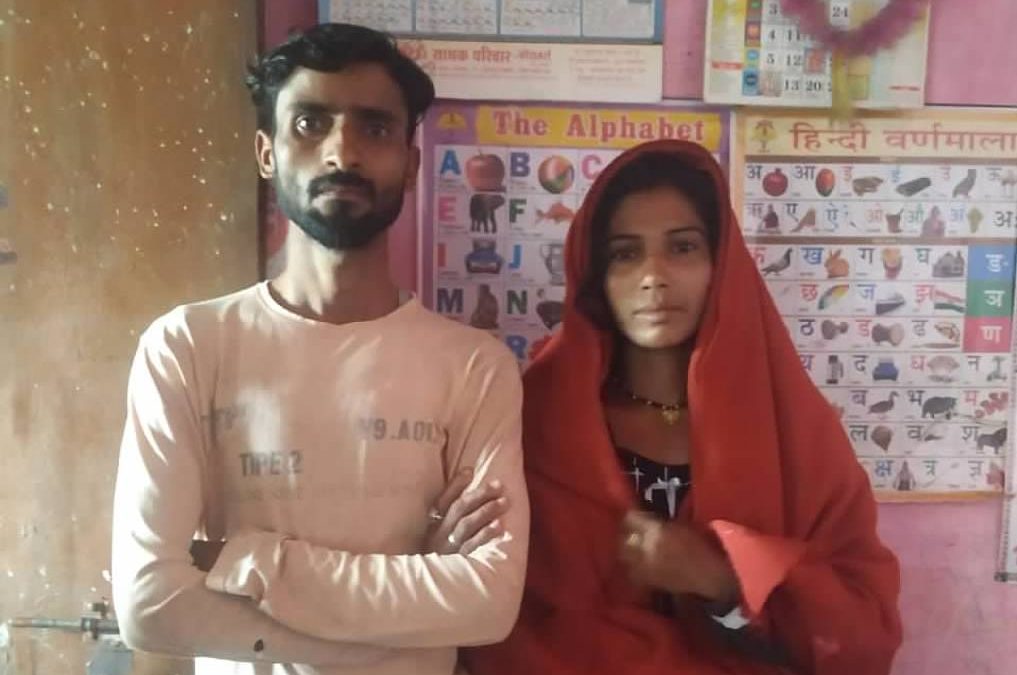 Praise the Lord!  All glory to God for His mighty work in His harvest field through our trained workers.
.

A young lady named Prabha (above with her husband) suffered from cancer in her uterus. A well-known doctor in Raipur named Dr. Jiaban saw her, but nothing developed from the treatment. The cancer had attacked 90% of her uterus. Over a period of a week our Elijah Challenge workers ministered to her regularly. Wonderfully, our dear Lord healed her. Both Prabha and her husband believed and accepted Christ.

Prabha’s husband also had a fever for two months. Even after much medication he couldn’t get well. While our workers were ministering to Prahba, they also ministered to him as well. He was miraculously healed. Praise the Lord two miraculous healings took place in a single family.

In the village of Jharmunda, a woman named Ghabi (below) had suffering from TB for two years. She had been treated at a district hospital and at a medical clinic, but didn’t recover. She had tried both ayurvedic and allopathic medicine, but nothing helped. Day by day her suffering worsened. When our harvest workers ministered to her in the name of Jesus Christ, she was miraculously healed. Ghabi and her family accepted the Lord Jesus.
. Lunguri Jagaranga (below) who hailed from the village of Adda suffered from TB. Since he was poor, he didn’t go to the hospital in the city for effective treatment. His work was cultivating his land, but the TB sapped him of strength. Finally he was forced to stay home doing nothing, with his wife supporting the family. Praise God that when our Elijah Challenge workers ministered to him, he was wondrously healed. The whole family accepted Christ.
. Janaki (below) was severely demon-possessed and out of control. She acting strangely and could be heard screaming away in her house. Her husband summoned a village sorcerer who failed to help her. Another sorcerer was brought in from another district who also flopped. Then a temple priest came by, but he also left empty-handed. Finally our Elijah Challenge workers came by and ministered to Janaki, commanding the demon to leave her in Jesus’ name. The demon left her without much fuss. The family accepted Christ.
. Our India Coordinator had been to a village to minister to a regional chief who, cursed by three sorcerers, had been suffering from demonic attacks. The torment went on for two years causing him to leave his home in fear. After receiving ministry in Jesus’ name, he went home and slept through the night. If after this he comes to Christ, a large number of people will follow and accept Christ.”