The false prophets performing great signs and wonders Jesus warned would now appear to deceive even the elect—who could they be? 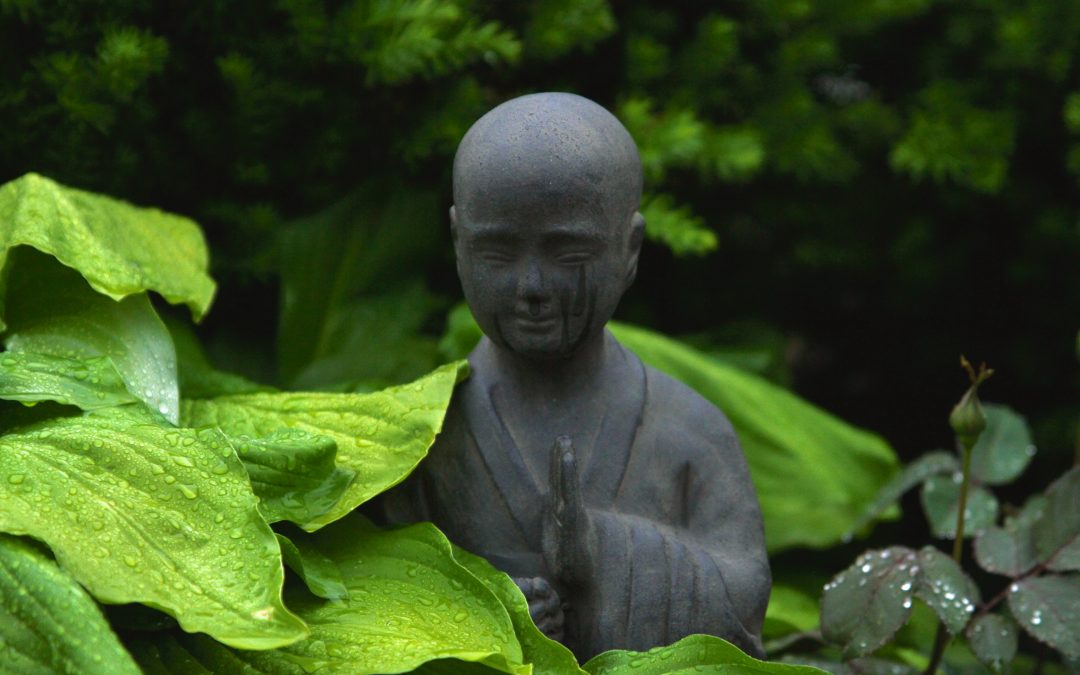 Caveat: This is a very controversial article for some, examining from Scripture Jesus’ stern warning to the Church in Matthew 24 regarding the false prophets who will perform great signs and wonders in the Last Days to deceive even the elect. Therefore if you elect to read it, do so prayerfully with an open heart and mind.
.

More on the Charismatic Renewal: Revisited

.
Matthew 24:4  Jesus answered: “Watch out that no one deceives you. 5  For many will come in my name, claiming, ‘I am the Messiah,’ and will deceive many.

As translated, this prophecy is difficult to understand. During these Last Days today, there is no one in the Church who has come in Jesus’ name claiming to be the Christ or the Messiah. Moreover, virtually no serious believer today would be deceived by anyone showing up claiming to be the Christ. But Jesus said there would be many such deceivers, and that many of us would in fact be deceived. How can we make sense of this puzzling prophecy?

The Greek word for “Messiah” or “Christ” is literally translated “anointed.” Let us therefore use the literal translation of the word Messiah or Christ in Jesus’ solemn warning above.

Matthew 24:4  Jesus answered: “Watch out that no one deceives you. 5  For many will come in my name, claiming, ‘I am anointed,’ and will deceive many.

In some circles of the Church today there are not a few servants of God who come in Jesus’ name claiming to be anointed—to have a special anointing to minister to others in some supernatural way—and who have in fact attracted many followers. In this way Jesus’ cryptic prophecy begins to make sense.

[The New Testament does not at all mention a “special anointing” given to a select few to minister supernaturally to others. “Anointing” is separate and distinct from the gifts listed in 1 Corinthians 12. The anointing on Old Testament prophets enabling them to perform miracles has been fulfilled through our great high priest Jesus Christ, the King of kings. He is the only one mentioned in the New Testament anointed to save, heal, deliver, restore, and make whole.]

Matthew 24:23  At that time if anyone says to you, ‘Look, here is the Messiah!’ or, ‘There he is!’ do not believe it. 24 For false messiahs and false prophets will appear and perform great signs and wonders to deceive, if possible, even the elect. 25 See, I have told you ahead of time. 26 “So if anyone tells you, ‘There he is, out in the wilderness,’ do not go out; or, ‘Here he is, in the inner rooms,’ do not believe it.

Exactly as we did above, let us replace the word “Messiah” and “messiahs” in this passage with the literal translation “anointed.”

Matthew 24:23 At that time if anyone says to you, ‘Look, here is the anointed!’ or, ‘There he is!’ do not believe it. 24 For false anointed [ones] and false prophets will appear and perform great signs and wonders to deceive, if possible, even the elect. 25 See, I have told you ahead of time. 26 “So if anyone tells you, ‘There he is, out in the wilderness,’ do not go out; or, ‘Here he is, in the inner rooms,’ do not believe it.

In some circles of the Church today we are encouraged to attend the meetings of specially “anointed” servants of God wherever they may be held—whether “here” or “there” or far away “out in the wilderness” or “in the inner rooms.” Have these false anointed ones in fact already appeared, performing great signs and wonders to amaze and attract many people to their ministries, and of course receiving generous offerings from them?

According to Jesus, even the very elect can be deceived.

…27  For as lightning that comes from the east is visible even in the west, so will be the coming of the Son of Man.  28 Wherever there is a carcass, there the vultures will gather.  30 “Then will appear the sign of the Son of Man in heaven. And then all the peoples of the earth will mourn when they see the Son of Man coming on the clouds of heaven, with power and great glory.

Notice that in the above passage, Jesus is deliberately not referred to as the Christ or the Messiah. Instead, three times He is referred to as “the Son of Man” who will be coming with power and great glory. Could this explicit distinction be pertinent to our discussion? Could this distinction be made in order to make unmistakably clear the difference between our Lord Jesus—the Son of Man—and the false anointed ones/messiahs/christs mentioned earlier in Matthew 24 above?

When the Son of Man appears, it will be like “lightning that comes from the east [and] is visible even in the west…” Is it at all possible that those already in our midst claiming to be anointed are actually false prophets who perform great signs and wonders? Is it possible that they are the vultures who gather to feast on and to fleece God’s people (v. 28)?

If not, how else can we interpret Jesus’ mysterious warning for these Last Days?

33 Even so, when you see all these things, you know that it is near, right at the door.’

Current teaching about a special “anointing” given only to a select few is a relatively recent development—totally unheard of in the 2,000-year history of the Church—until the advent of superstar healing evangelists starting ca. the mid-1900s. Could this timing be still another sign that we are in fact in the Last Days, that the coming of the Lord is near, right at the door?

Study reveals that the power (dunamis) given to the disciples at Pentecost to witness boldly to the world about Jesus Christ (Acts 1:8) is not related to “the anointing” (chrisma). See the articles listed in the link below. Teaching heard in some churches today focusing on “the anointing” is not found in Acts. Does Scripture allow us to focus on “new” revelations not found in the New Testament—revelations not revealed to the early apostles?

Matthew 24:36 “But about that day or hour no one knows, not even the angels in heaven, nor the Son, but only the Father. …42 “Therefore keep watch, because you do not know on what day your Lord will come. …45 “Who then is the faithful and wise servant, whom the master has put in charge of the servants in his household to give them their food at the proper time?

…48 But suppose that servant is wicked and says to himself, ‘My master is staying away a long time,’ 49 and he then begins to beat his fellow servants and to eat and drink with drunkards. 50 The master of that servant will come on a day when he does not expect him and at an hour he is not aware of. 51 He will cut him to pieces and assign him a place with the hypocrites, where there will be weeping and gnashing of teeth.

Regarding the “wicked” servant in v. 49 who “begins to beat his fellow servants and to eat and drink with drunkards,” Matthew Henry’s Commentary says, “If a man, professing to be the servant of Christ, be an unbeliever, covetous, ambitious, or a lover of pleasure, he will be cut off.”

Gill’s Exposition describes this servant as, “giving himself up to luxury and intemperance; feeding himself instead of the family; serving his own belly, and not his Lord and Master Christ…”

Similarly, Bengel’s Gnomen comments: “There will, therefore, at that time be many whose whole condition and character will consist in vicious self-indulgence.”

In some circles of the Church today, there are well-known “anointed” servants of God who have indulged themselves in an extravagant life of luxury—including owning private jets. Only the Lord knows how they live their private lives away from the bright lights of their public events. The “fruit” referred to by Jesus in Matthew 7:16-20 below signifies the personal private lives of false prophets, and not their public ministries well-known due to the accompaniment of powerful miracles.

“See, I have told you ahead of time.”

.
“The Anointing” — Studies from Scripture

.
Matthew 7:15 “Watch out for false prophets. They come to you in sheep’s clothing, but inwardly they are ferocious [rapacious, ravening] wolves. 16 By their fruit you will recognize them. Do people pick grapes from thorn bushes, or figs from thistles? 17 Likewise, every good tree bears good fruit, but a bad tree bears bad fruit. 18 A good tree cannot bear bad fruit, and a bad tree cannot bear good fruit. 19 Every tree that does not bear good fruit is cut down and thrown into the fire. 20 Thus, by their fruit you will recognize them.

21 “Not everyone who says to me, ‘Lord, Lord,’ will enter the kingdom of heaven, but only the one who does the will of my Father who is in heaven. 22 Many will say to me on that day, ‘Lord, Lord, did we not prophesy in your name and in your name drive out demons and in your name perform many miracles?’ 23 Then I will tell them plainly, ‘I never knew you. Away from me, you evildoers!’

2 Peter 2:3 In their greed these teachers will exploit you with fabricated stories. Their condemnation has long been hanging over them, and their destruction has not been sleeping.

Not a few servants of God whose fruitfulness in ministry depends on “the anointing” teach success in this life, especially material prosperity—a teaching primarily taken from the Old Testament. In this way they can be quite fruitful in receiving generous offerings from believers.

As noted by one well-known Christian writer, there also appears to be a positive correlation between the incidence of sexual sin and those who focus on “the anointing.” (Link to his article furnished upon request.)

“The anointing” is not necessary in order to heal the sick miraculously and cast out demons as compelling evidence to the lost that Jesus Christ is the Messiah. New Testament scripture rather teaches that we have been given power and authority over diseases and demons (Luke 9:1-2) as well as supernatural gifts of the Holy Spirit (1 Corinthians 12) to minister to others in the miraculous. Power, authority, and gifts are separate and distinct from what is popularly known as “the anointing.”

The New Testament has no mention at all of a “special anointing” given only to a select few for supernatural ministry to others. Rather the New Testament teaches that every believer is anointed with the Holy Spirit as His seal of ownership on us (2 Corinthians 1:21); as well as for us to know the truth and to be taught about all things (1 John 2:20 & 27). This is the only mention of anointing for believers in the New Testament—and is not for us to minister to others, but rather it ministers to us.

According to the New Testament, the only one anointed to minister to others—to save, to heal, to deliver, to restore, and to make whole—is our Lord Jesus Christ. This special anointing is not meant for imperfect human beings who are subject to pride and falling away.

Why not John 14:12?
What did Jesus mean by “This kind can come out only by prayer” (Mark 9:29)?
Who are the “God-haters”?
God uses missionary-in-training to heal woman with 10-year leg injury, a thyroid mass, kidney failur...