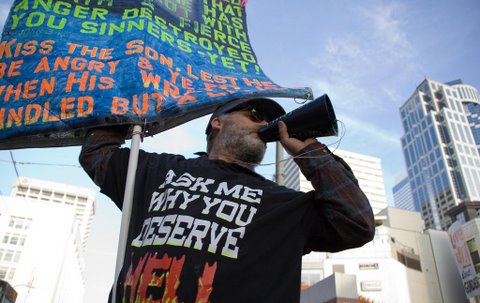 Infirm people healed on the streets of Seattle

Miracles at homeless outreach: “Many Christians were intrigued, awakened, and wanted more of this next weekend!“

An open letter to fellow street preachers in America

Boy healed from brain tumor at a distance and other testimonies

Deliverance from alcoholism and other testimonies

Miraculous healings in the immediate aftermath of The Elijah Challenge Training