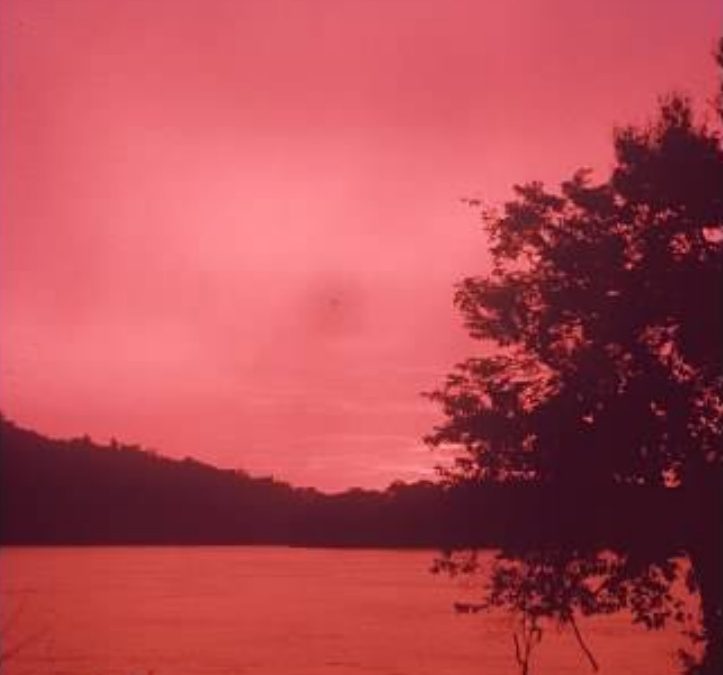 A woman approached us during a lunch break and introduced herself to us. We were stunned to hear what she shared. At the very first unreached village we had reached for the gospel 41 years ago at the beginning of our missionary work in Indonesia, we had led her to the Lord—when she was but a little girl. It was in the remote village of Biang located on the banks of the Kapuas River in the interior of West Kalimantan. Her name was A Hiang. She’s circled in the 1979 photo below. And below that we are baptizing a group of people including children in a tributary feeding into the Kapuas River. That’s when A Hiang was baptized. New believers in the newly-reached village of Biang (1979)
. .
Baptizing the first believers in Biang (1979)
Back to the present….
.
Below is recent photo of A Hiang and her husband Pastor Samuel.
. .
.
And below is the congregation in West Kalimantan now led by A Hiang and Samuel at a New Year’s celebration…
.
…………. .
.
The Parable of the Seed
.
Mark 4:26 He also said, “This is what the kingdom of God is like. A man scatters seed on the ground. 27 Night and day, whether he sleeps or gets up, the seed sprouts and grows, though he does not know how. 28 All by itself the soil produces grain—first the stalk, then the head, then the full kernel in the head.
More photos from our time in Indonesia 41 years ago are posted at Dancing on the Edge of the Earth: 1979 in Biang & Menjaya. Dancing on the Edge of the Earth
Our missionary adventures in Borneo beginning over 4 decades ago (1978)
.
.

Man had mental disorder causing him to babble on nonsensically. For six months he wouldn’t stay home...
Elijah Challenge-trained disciples take gospel to aboriginal people in Borneo. The infirm were heale...
As we ministered healing to a woman in CHINA with a heart condition over zoom one evening, a rooster...
"...Many pastors and leaders said they had never attended a training as biblical, deep and effective...