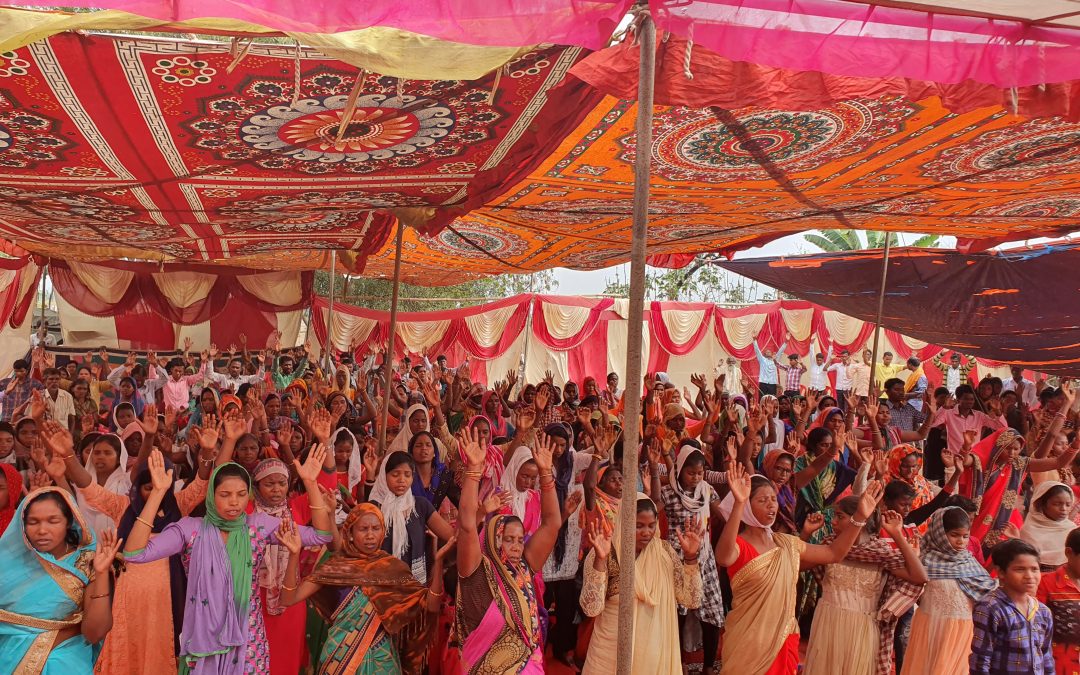 “Praise the Lord for His grace upon our ministry. Each and every day perishing souls are being added to the kingdom of God. We had a very fruitful Elijah Challenge Evangelistic Event, where around 300 people accepted Christ.”

“A few months back Sarita (below) found a tumor on her back, and was planning to seek medical treatment. But at our Event the tumor suddenly disappeared, and she could no longer find it.”

“Salini (below) had been suffering from sickle cell anemia. She had insufficient blood in her body causing paralysis in one of her hands—which she could no longer raise. Her body was a living skeleton. But at our Event our gracious Lord touched Salini and she was miraculously healed. She was able to raise her hand and move about.
. Tripathy, a Brahmin woman, was suffering from arthritis. One side of her body was experiencing pain—in one of her legs the pain was so severe that she couldn’t put her foot down on the ground. During the Event the Lord touched her, and she was instantly healed.
. For the past year Tarika’s eyesight had been very poor. At night she had difficulty getting around and doing her work. At our Event our Lord touched her, and she was able to see clearly.
. A year earlier a young man named Kuna had met with an accident in which he suffered a severe injury. From that time on he experienced chest pain despite taking medicine. But the Lord healed him miraculously.
. Rabindra suffered from a burning sensation throughout his entire body, and was extremely discouraged. He had taken a lot of medication, but didn’t get well. At our Event our Lord instantly healed him.
.