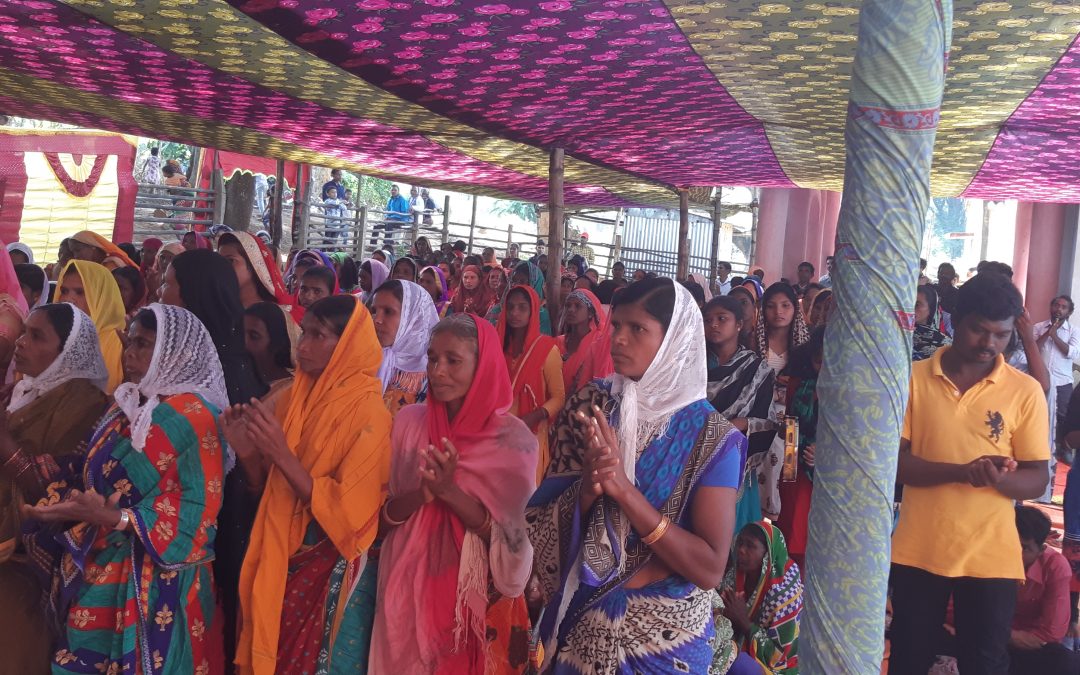 “Thank you so much for your prayer and support for another Elijah Challenge Gospel Event held in a village. Over five hundred people accepted Jesus Christ after the gospel was shared and powerful evidence consisting of miraculous healings was presented as evidence that Jesus is the only Lord and Savior.

Following the preaching of the gospel, two to three people were healed instantly at the front by our Lord Jesus. Many others then rushed to the stage wanting to be healed. They were in desperate need of healing, and could not wait. Many people were then healed from various diseases—among others eyesight was restored, healing from migraine, back pain, and many other infirmities as well. Hundreds of people came to the stage for healing. Our Lord Jesus healed them, just as he did as recorded in the gospels.
.

.
Nowadays we are finding sick people in almost every family, and they want supernatural healing from the Lord.”
.

“For a long time Kuna (below) had been deaf in both ears. He had lost his hearing following a bout with some sickness. No medication could help to restore his hearing. When I ministered to him in Jesus’ name, he felt the Lord’s healing power enter both ears. At that very moment the Lord opened his ears, and his hearing was restored in both ears.
.

.
Sabita (below) had suffered in the lower part of her stomach for six months. After taking medicine she was still not well. But at our event our gracious God healed her and the pain left instantly.
.

.
For around two years Lilly (below) suffered from various diseases. All day she had fever, headache, and pain in her body. Though she had taken a lot of medicine, she couldn’t get well. Finally she concluded that her suffering was the work of a sorcerer who had sent an evil spirit to her, confining her to her sickbed. Wonderfully she was delivered from the demonic attack as we ministered to her in Jesus’ name. She was completely healed.
.

.
Mahima (below) had a infection with pain in her throat. She had difficulty eating and drinking. At our event the Lord Jesus healed her. She experienced instant healing in her throat.
.