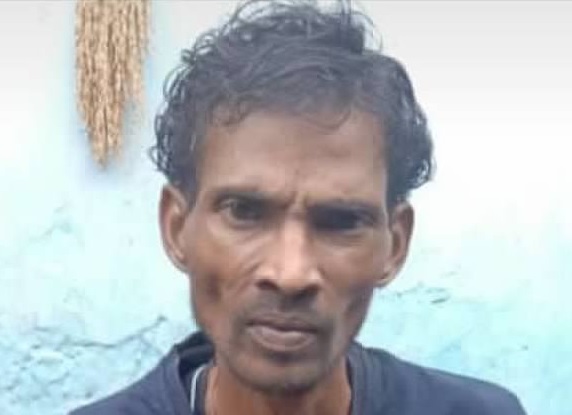 .
“Thank you so much for your intercessory and financial support for the extension of the God’s kingdom here in India. Please continue to uphold us in your prayers so that the work may continue effectively.”
.

“Suraj (above & below) hails from the village of Jharsuguda, and had very high blood sugar. When his blood sugar reached 500, he couldn’t walk or even talk. Then our Elijah Challenge workers ministered to him in the name of Jesus Christ, and his blood sugar dropped to 300. A day later it was down to 200. Experiencing such a miracle, Suraj put his faith in Jesus as his only Lord and Savior.”
. “For two years an elderly man named Khetra Kisan (below) living in the village of Gadiajore suffered from a problem with a vein in his head causing him severe pain. The medication he had been taking for a long time did not provide relief. When our workers reached his village, they met with Khetra and ministered to him with the Lord’s supernatural authority and power. He was miraculously healed. Khetra and his family then accepted Jesus.”
. “Young Arjun (below) had been demonized for a month. For no reason he would be shouting and crying, bringing trouble to his family. He himself didn’t understand what was happening. His father had brought various sorcerers from different places to deliver him. But the demons paid no attention to them despite what they tried. Then our Elijah Challenge workers came by to minister to him in the powerful name of Jesus. Arjun was completely set free from the demons, and accepted Christ.”
. “Pramila (below), a young woman living in the village of Kaladmal, had a severe skin condition for a long time. She had gone to many doctors, but none of the medications they prescribed for her worked. In vain she tried various medications suggested to her by people around her. Finally her skin condition cleared up after our workers ministered to her in the name of our Lord. Pramila then accepted Jesus Christ.”
. “Sita (below), living in the village of Maida, suffered from a burning sensation in her body. She had taken a lot of medicine but the burning persisted. Her family thought it was the work of demons, and contacted our Elijah Challenge workers. Sita was miraculously healed by the Lord after they ministered to her in Jesus’ name. She believed and accepted Jesus Christ.”
.