BAPTIZED along with wife! …had been terrorized every night by demons & wife had left him 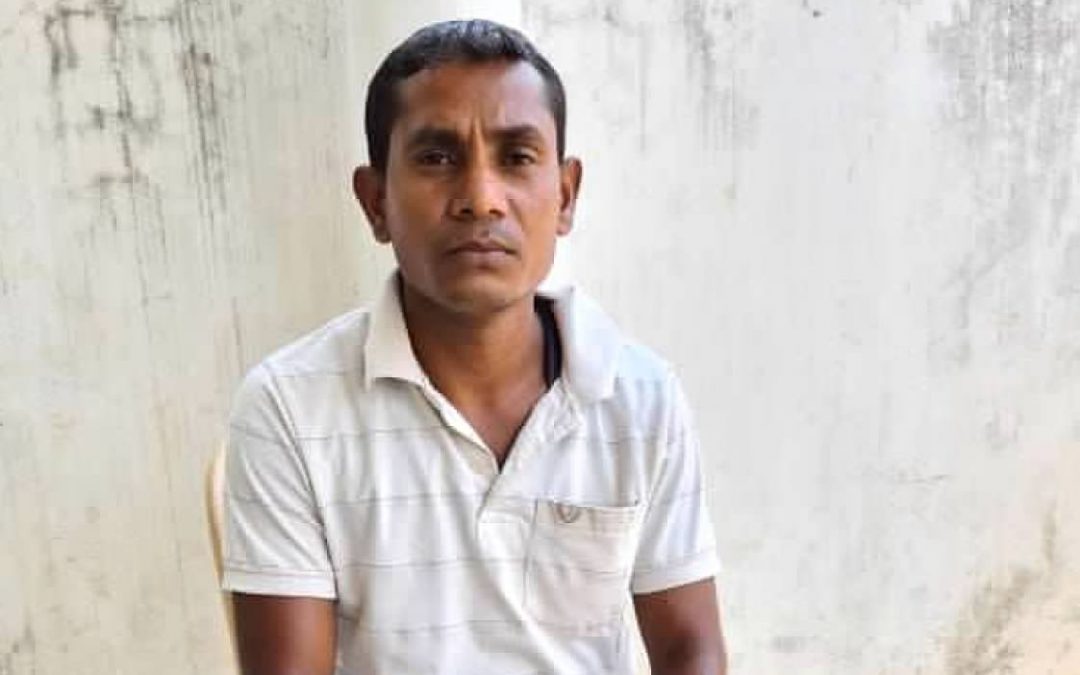 .
Laxman, who was delivered from terrible demonic attacks and accepted Christ in May 2020, was baptized in water on September 27, 2020. His wife returned to him, and they were baptized together.
.

Below: the original report posted in May 2020

“Nightly demonic visitations were a regular occurrence for Laxman (above) who lived in the village of Musriguda. The attacks would vary. Sometimes he would just scream, saying that someone is going to kill him. To add to his suffering Laxman also had severe hemorrhoids. He had been admitted to the hospital in the city of Cuttack, but didn’t recover. His wife couldn’t bear to see him suffer like that and left him going home to her parents. Laxman could no longer walk or even wear pants due to the hemorrhoids. He was completely dispirited.

My wife and I went to his village to minister to him. Later Laxman also came to our home. During the ministry, he shouted and fell to the ground. At that moment our Lord Jesus touched him, and he was healed and set free from both afflictions. Before that he had spent around 200,000 lakhs for treatment, a huge sum for a village farmer. Hearing the good news his wife returned to him. Now he and his wife have accepted Christ, and want to be baptized along with their family.

Rita (below) lived in a village known as Gadiajore. For a long time she had a problem with her thyroid. She had taken medication but after three months she was still not well. Then our Elijah Challenge workers stopped by her home and ministered to her. Within a single day the swelling due to the thyroid subsided. Rita accepted Jesus Christ.”
. .
“18-year-old Kumbar had had painful swelling in her right hand for two years. Even following treatment at a reputable hospital in the city of Raipur the swelling persisted. So her family took her to another hospital, but to no avail. Her parents then brought her to the home of one of our Elijah Challenge workers where Kumbar received ministry in the name of Jesus Christ. Within a few days she was completely healed. The swelling and pain disappeared. The entire family accepted Christ.”
. .
“A baby boy named Himansu had been severely burned on his right arm. But since they were so poor, his parents couldn’t afford to take him to see a doctor. Then our Elijah Challenge workers ministered to the toddler. Within three days he was wonderfully healed in Jesus’ name.
. Little Himansu before and days afterwards