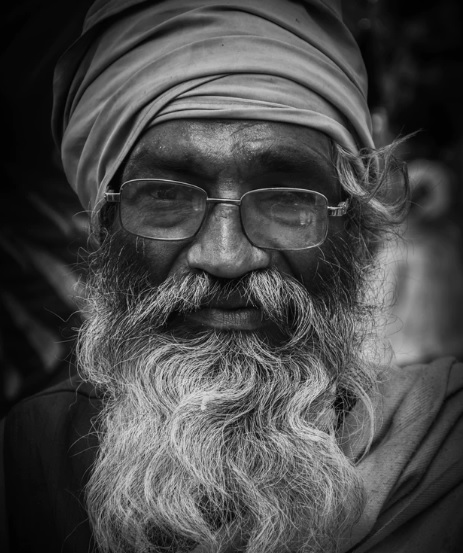 “We believe what the Lord is doing so wonderfully here in India is the fruit of your prayers and hard labor in the past. Though every day we hear about the persecution taking place in India, but until today our workers are safe. Please continue to uphold us in your prayer for all our ministry activities.

For the past five years an elderly man was suffering from horrific swelling three times the normal size in his right leg from the knee down to the heel of his foot. It was an ugly sight. He was unable to take even a single step. In Orissa there are places where people have this particular type of disease—perhaps what is known as Elephantiasis, more prevalent in India than anywhere else in the world—and for which there exists no treatment in India. He had suffered much; three times he was admitted to a hospital but could not recover. He had tried other treatments and methods as well, but all resulted in failure.

He was then connected to us through a sister in Christ. After we ministered to him in Jesus’ name, an outstanding miracle of healing took place. The swelling subsided and his leg was restored to normal.

He comes from a high caste in Hinduism, and after experiencing the miracle he accepted Christ. Recently a very important Hindu festival was about to take place, and a relative called him to go participate. His answer was so touching: “I cannot leave my precious Lord Jesus to go worship idols.” 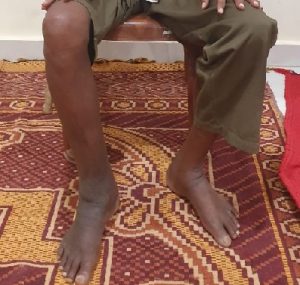 Right leg back to normal size
.

Extraordinary reports from our local harvest workers in India

Another elderly man was unable to walk due to a stroke. He was under medication for a long time, and had spent a lot of money. After about two years of medication the problem returned. He was able to stand, but could not move around. Then he came to know about us from our orphanage caretaker. He called us, and as I ministered to him over the phone, the Lord healed him. Now he is able to walk around on his own. We have connected him with one of our Elijah Challenge workers.

A young man named Ajay was suffering from excessive urination. Every ten minutes he would have to go to the bathroom. He worked on the streets selling snacks. He once underwent an operation at the state capital hospital, but didn’t get well. When we ministered to him in Jesus’ name, he was miraculously healed and accepted Christ. Right after that he brought two or three people he knew to be healed by the Lord. He never went to school, but now he is able to share with others that Jesus healed him.

In addition to a bad headache, Ajay’s mother suffered from arthritis from her waist down. She was dependent on medicine. But the Lord healed her completely. She accepted Christ.

For seven years a man suffered from pain in the lower part of stomach. He had had some scans done, but nothing showed up. He had a small breakfast restaurant which was not doing well. He thought it was all the work of a sorcerer, so he went around with a priest performing acts of worship. Finally he came to us. We ministered to him in the name of Jesus, and he felt the Lord’s healing touch in his body. He is now believing that Jesus will bless his shop enabling him to turn a profit.”