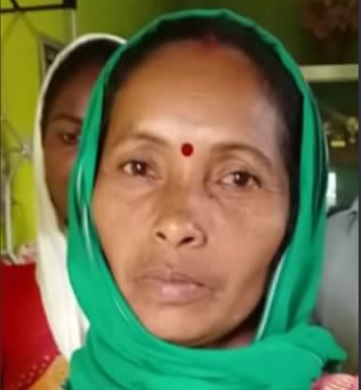 “Greetings to you in the precious name of our Lord and savior Jesus Christ. Thank you so much for your intercessory and financial support.”

“For a long time Anita (above & below) had asthma, and it was hard for her to breathe. Her condition didn’t improve after taking medicine, including regular ayurvedic drugs. But she was miraculously healed from the asthma as our workers ministered to her. Anita accepted Christ.”
.

“For a long time Nira (below), living in a village known as Pradhanpara, had an eye infection. A boil had broken out in her eye. She couldn’t see clearly and she would tear from time to time. Eye drops from a doctor did not provide relief. Our Elijah Challenge workers came and ministered to her in Jesus’ name. The boil was healed and her sight was restored. Along with her family, Nira accepted Jesus.”
. “Ajit (below), residing in the village of Jasimunda, was in the military. Despite taking much medicine, the cough and cold from which he suffered persisted. He thought that he had COVID-19, but a test he took came out negative. Then our workers ministered to him in the name of Jesus Christ. The next day Ajit was well. He then put his faith in our Lord Jesus.”
. “Young Sagar (below) had an open wound on his leg which for a long time just would not dry up. Even after his parents took him for medical treatment at several places, the wound would not heal. Then our Elijah Challenge workers laid hands on him in Jesus’ name. Within a few days Sagar’s wound dried up. His parents believed and accepted Christ.”
.