“I’m very glad to be able to send you reports on the marvelous things the Lord is doing through our harvest workers. Thank you so much for your prayers and financial support.”
.

“For several months young Jagat (above & below) was mentally ill. His parents had taken him to several hospitals seeking the help of various doctors, but they could not help. His father then concluded that it might have been the result of a curse sent by a sorcerer. So he enlisted the help of another sorcerer who performed mantras for Jagat. But his sad condition remained. Then our Elijah Challenge workers ministered to him, and the Lord miraculously healed his mind. His parents then accepted Jesus Christ as their only Lord and Savior. Praise the Lord!”
. “Surendra Harpal (below) had been attacked by a demon spirit. For a few days he was sick and started vomiting blood. He had consulted with a doctor, but since the doctor could not diagnose the problem, Surendra returned home. More days of suffering followed. Finally a believer connected him to some of our Elijah Challenge workers. After they ministered to him in the name of Jesus Christ, Surendra was miraculously healed. He believed and put his faith in Jesus as his only Lord and Savior.

In the photo below you will notice that Surendra is wearing a cross around his neck as do thousands of Hindus in India. They have been told that if they wear a Christian cross, demons will not attack them. For that reason some Hindus even take on a Christian name.”
. 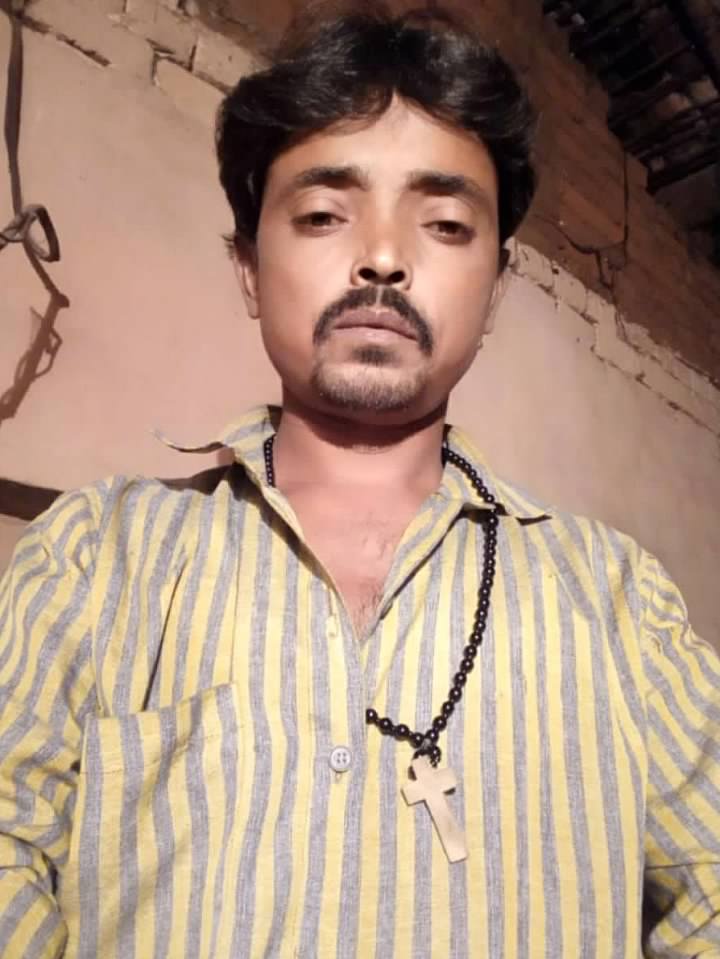 “Sandhya (below) had an irregular period. She had consulted with a doctor who prescribed a drug for her, but after a few months her condition didn’t improve. Her father then contacted our Elijah Challenge workers asking for their help with Sandhya. After they ministered to her in Jesus’ name, her period become normal and she was completely healed. Sandhya believed, and along with her parents, she accepted Jesus. They are going to be baptized.”
. “For two months Rani (below) suffered from arthritis making it very difficult for her to walk. Her family spend a lot of money on treatment for her, including ayurvedic medicine, but to no avail. Finally she went to the home of our Elijah Challenge workers where she received ministry in Jesus’ name. Rani’s arthritis and pain vanished. She accepted Jesus as her Lord and Savior.”
. “Namita (below) had been tormented by a demon spirit for six months. Every night she had nightmares where she was under attack by the demon. Helpless, she would scream and cry. Her husband had consulted a sorcerer who tried all kinds of mantras. But the demonic torment continued. Finally they connected with our Elijah Challenge harvest workers who ministered to Namita in Jesus’ wondrous name. The demon left her, and the nightmares ceased. Namita accepted Jesus.”
.