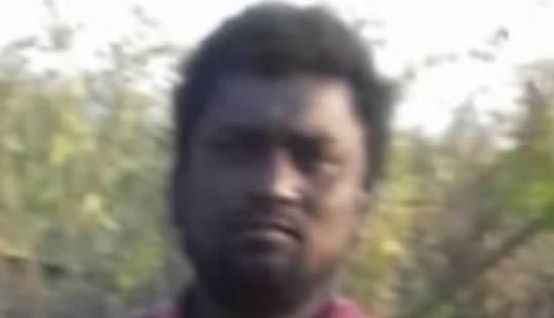 “Thank you so much for your intercessor and financial support. I am planning to visit our harvest fields from this month onward. Please pray!”
.

“Suresh (above & below) was suffering from fever, cough and cold — all symptoms of COVID-19. But he feared going to the hospital to be tested lest something worse befall him there. A doctor prescribed COVID medicine for him to take. But after ten days the fever, cough and cold had not subsided. Suresh feared for his life, and finally relenting, asking his family to connect with our Elijah Challenge workers whose house church is near his village. Our workers went and ministered to Suresh in Jesus’ name. He was miraculously healed. Suresh believed and put his faith in Jesus.”
. “For a few weeks, Ramu Pradhan (below) had been sick. But at night one day his condition turned veryserious. He could not talk and couldn’t even drink water. Fear and anxiety descended upon his family in the night. At that moment Ramu’s son called our Elijah Challenge workers. They went to their home and ministered to Ramu in the mighty name of Jesus Christ. Miraculously, he opened his eyes and began to talk. Relieved and grateful, the entire family believed and put their faith in Jesus as their only Lord and Savior.”
. “A toddler named Anita (below) suffered from some disease which caused her little face and stomach to swell terribly. She had taken medicine for months already, but the swelling didn’t subside. After our Elijah Challenge workers ministered to her in the name of Jesus, within two days Anita was well. Her thankful parents believed and accepted Jesus Christ.”
. “For the past year young Laxmi Munda (below) had a stomach infection. The pain was severe causing her to be unable to eat or drink. Her parents took her and consulted with two or three doctors, but the drugs they prescribed weren’t effective. Then Laxmi’s father heard about our Elijah Challenge workers, and brought her to our worker’s home. After they ministered to her, the pain left and the infection was healed. Her family was amazed to witness such a quick miracle. They decided to put their faith in Jesus Christ.”
. “Rama rani Patra (below) had had a migraine headache for three years, causing her untold painful suffering. Whenever the migraine struck, she would take a big dose of the pain medicine. Eventually she got addicted to it. When our Elijah Challenge workers ministered to Rama, the migraine totally vanished. A grateful Rama accepted Jesus.”
.