“WE CAN CERTAINLY DO IT!” A “different spirit” being poured out for us to fulfill the Great Commission 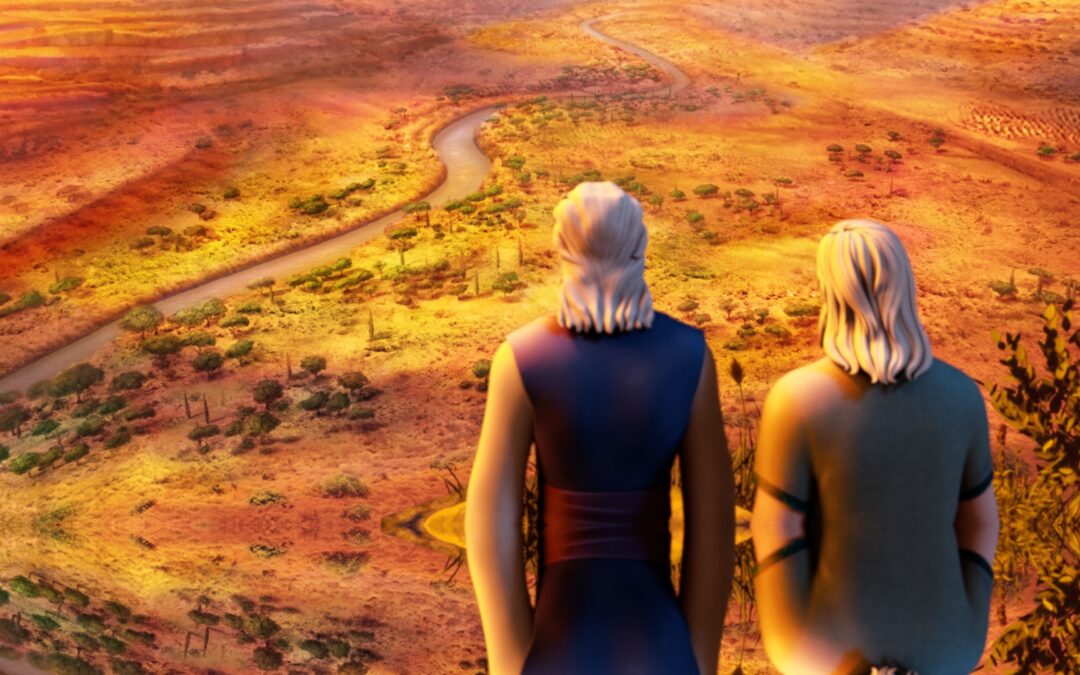 During these very Last Days when the remaining time is short for us to reach the thousands of people groups which have never yet heard the gospel, “a different spirit” is being given to God’s servants.

In the past, taking the gospel to the billions of gospel-resistant Muslims, Hindus, Buddhists, idol-worshipers, animists, and adherents of witchcraft and sorcery in the Third World has been indeed a very daunting challenge. We go in fear and unsure of what will befall us and what kind of fruit we will bear.

But this is now coming to an end during these Last Days before the end.

Matthew 24:14 And this gospel of the kingdom will be preached in the whole world as a testimony to all nations, [tribes, languages, and peoples] and then the end will come.

In the Old Testament God prepared the Promised Land of Canaan for the Israelites to conquer. Moses first sent twelve spies in to explore the land for forty days. Afterwards they returned to Moses and gave their report.

Number 13:27 They gave Moses this account: “We went into the land to which you sent us, and it does flow with milk and honey! Here is its fruit. 28 BUT the people who live there are powerful, and the cities are fortified and very large. We even saw descendants of Anak there. 29 The Amalekites live in the Negev; the Hittites, Jebusites and Amorites live in the hill country; and the Canaanites live near the sea and along the Jordan.”

In the same way, God sends us to make disciples of all nations on earth—in particular those ruled by Islam, Hinduism, Buddhism, idol-worship, animism, and witchcraft. BUT taking the gospel into such extremely dark regions of the world will be unimaginably difficult. We are taught to expect little in terms of fruit for the gospel in such regions which for millennia have been dominated by Satan, powerful principalities, false gods, and terrifying witchcraft. We can hear the fearful voice of ten of the spies above whom Moses sent to explore the land.

Numbers 13:30 Then Caleb silenced the people before Moses and said, “We should go up and take possession of the land, for we can certainly do it.”

During these Last Days, God is raising up “Calebs” who are not bound by fear and doubt, who are not afraid of the spiritual darkness shrouding Third World people groups. Why not? It is because they know their God, they know His word, and therefore they will obey His commands. They know that their God is Almighty and has ALL AUTHORITY. And His word says that He has given them AUTHORITY and power to cast out all demons and to cure diseases.

Luke 9:1 When Jesus had called the Twelve together, he gave them power and AUTHORITY to drive out all demons and to cure diseases, 2  and he sent them out to proclaim the kingdom of God and to heal the sick.

Luke 10:9 Heal the sick who are there and tell them, ‘The kingdom of God has come near to you.’

When they are commanded by God to do something, they know that God enables them to do it. Therefore they will get it done as God commands—no matter what.

Luke 10:19 I have given you AUTHORITY to trample on snakes and scorpions and to overcome all the power of the enemy; nothing will harm you.

Calebs know that they have been given supernatural authority to overcome all the power of the enemy enabling them to heal the sick, cast demons out of people, and proclaim the message of the gospel to those who never heard. They know that God’s promise that “nothing will harm you” is absolute as long as they obey His commands closely—all of which involve ground-level warfare.

They know their God, and thus they believe His Word. They know that God is with them, and that they have been given supernatural authority enabling them to carry out His holy commands to make disciples and fulfill the Great Commission. Therefore like Caleb they say with absolute confidence that “we can certainly do it.” We will NOT fail.

Numbers 13:31 But the men who had gone up with him said, “We can’t attack those people; they are stronger than we are.” 32 And they spread among the Israelites a bad report about the land they had explored. They said, “The land we explored devours those living in it. All the people we saw there are of great size. 33 We saw the Nephilim there (the descendants of Anak come from the Nephilim). We seemed like grasshoppers in our own eyes, and we looked the same to them.”

Yes, there are doubters. These are those who do not know the Word of their God and have not been taught about the supernatural authority their God has given them. As a result they will fail to take the Promised Land; they will encounter frustration and bear little fruit when they take the gospel to resistant people groups in the Third World.

What will happen to the Calebs?

Numbers 14:24 But because my servant Caleb has a different spirit and follows me wholeheartedly, I will bring him into the land he went to, and his descendants will inherit it.

Those like Caleb who have a different spirit and know the word of God will obey and follow the Lord wholeheartedly. There will be neither fear nor doubt in their hearts. They will heal the sick and cast out demons most effectively and fruitfully as they proclaim the kingdom of God to gospel-resistant peoples. As a result, they will lead many to Christ and make many disciples during these Last Days in fulfillment of the Great Commission.

The local disciples of these Calebs will also have that “different spirit” and will “follow the Lord wholeheartedly”. In them dwells the spirit of boldness and power—the spirit of Elijah—and not the spirit of fear and doubt. In them the prophecy of Malachi 4:5 is being fulfilled. It will be through such local disciples that the Great Commission will be fulfilled during these very Last Days.

“We can certainly do it!”

Malachi 4:5  See, I will send the prophet Elijah to you before that great and dreadful day of the Lord comes.