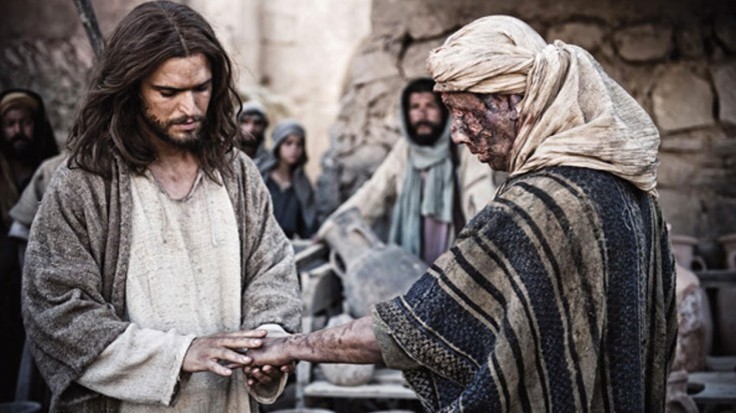 In the Church it is commonplace for believers to be “proclaiming” and “declaring” healing for the sick or for themselves when in need of physical healing. They have been taught to “affirm” healing by quoting certain Scriptures such as “by His stripes I am healed” or “by His stripes you are healed.” They “claim” the healing in Jesus’ name. Such approaches, however, rarely result in miraculous healing. Why is this the case?

The primary reason is that “proclaiming/declaring/affirming/claiming” healing as commonly done today by believers is not biblical. In the gospels and Acts, Jesus and his disciples did not minister to the sick that way. Rather they exercised authority and power to minister healing to the sick. In this article we will focus on the nature and use of authority. Let’s look at a typical instance of Jesus healing the sick.

Luke 5:12 While Jesus was in one of the towns, a man came along who was covered with leprosy. When he saw Jesus, he fell with his face to the ground and begged him, “Lord, if you are willing, you can make me clean.” 13 Jesus reached out his hand and touched the man. “I am willing,” he said. “Be clean!” And immediately the leprosy left him.

So why are we taught instead to proclaim, declare, affirm or claim in the area of healing? It is due to the strong emphasis today on the prophetic. By their very nature, proclaiming, declaring, and affirming all fall under the general rubric of the prophetic. Prophecy certainly has its place in the body of Christ, but its use should follow Scripture. When miraculous healings are recorded in the gospels and Acts, the prophetic was generally not involved. Rather it was the use of authority (and at times power as well) that miraculous healings took place.

Due to lack of teaching in this area resulting in fear and doubt regarding miraculous healing, the prophetic has replaced authority in ministering healing to the sick. It is much less risky to prophesy, proclaim or to claim healing over someone than to command him to be healed in Jesus’ name. (“What if they’re not healed after we command, especially in front of other people? So let’s just prophesy over them instead.”)

Below is the testimony of a sister in Christ who along with her son suffered from diseases for over thirty years. After she began attending our weekly Gathering, we had trained disciples minister to her and her son “Gary”. She emailed us the following.

“I was up all night and so was Gary but i think i received an insight from all your teaching. At last! As i studied how you guys teach The Elijah Challenge, i never really got it but when i saw you in action, i think i understand one of the errors I’ve been making. …here it is:

When i try to tackle our illnesses, I tend to affirm Scripture and command and pray to God. But the thing is I realize i do more affirming than commanding. Example: I will stay up all night repeating, “By Jesus’ wounds Gary was healed” or “The Lord is Gary’s light and Gary’s salvation.” Or “The Lord heals all Gary’s diseases.” So, lots of statements and affirming of Bible verses and using the verses like an axe to the tree’s root.

I will also sing and praise all night. So, lots of praises.

But when it comes to commanding, i generally command less. So maybe two minutes of commanding and then the rest of the night in shouting out Bible healing verses. Or during the day, as Gary sits down over the steamer, i will repeat all the healing verses 100 or so times (“By Jesus’ wounds, Gary was healed. By Jesus; wounds Gary was healed, etc) but will probably only say “Be healed, Gabriel” for two or three times. So my focus has been entirely wrong.

[It’s just that playing diagnostician to a non-verbal 30-year-old is so hard. And it’s as if we are caught in a loop. Every night now he gets up screaming. Is it sinuses because he’s always drooling and congested? Is it constipation, hunger, allergies, extreme food craving, ulcer, mucusy stomach from swallowing mucus, inflammation, infection, or gas because he’s only wanting to eat hamburger, french fries, noodles, and rice and will starve himself if he doesn’t get only those foods? Because of mouth breathing, he’s developed buck teeth that makes it hard o bite into stuff like apples or pears so we slice them. He rubs the bottom of his shoes because his feet hurt for some reason. Been like that for ages and could be allergy or some neuropathy. Then after rubbing his shoe bottom he immediately puts his fingers in his nose. Which has me screaming No!!!! Because fear of germs. All this for 30 years and now every night for the past year. It just seems as if there’s a circle we can’t get out of. I know God is aware and i know God is against this torture. I know God is sending wisdom and guidance and healing..but wow! It’s hard. But i’m pondering everything.]

As i listened to Teddy minister and to Sam minister [to Gary], i thought, “Ah, there’s something here.” And when i command, i do feel the spirit welling up in me, but i usually don’t command for too long. But then as i tried to see clearly, it occurred to me that Jesus affirmed the scripture to his adversaries, but he commanded when it came to healing and casting out demons. I’ll be trying to command more and more from now on.

Over the years, i’ve learned to affirm the scriptures so maybe that’s where my confusion began. This is the only new insight i’ve gotten in the past few months. So far, i’ve forgiven everyone, got rid of bitterness, and am trying to watch my mouth. But this is something new. So this might do wonders for Gary and me. Thanks so much.”

Afterwards she followed up with this wonderful testimony: “Hubby and I commanded [in Jesus’ name] for an hour a couple nights ago. Just non-stop commanding and we commanded [in Jesus’ name] last night for a while. We went to the medical center today with Gary and he was so fearless, patient, and well-behaved and there wasn’t a fight at all with the doctor. He was up much of the night but he wasn’t screaming in pain. When we went to the doctor, the doctor said his ears were almost perfectly clean and his nose and throat were clean. The doctor had to clean out the left ear and Gary was very patient. So now for the first time in Gary’s life, he isn’t in a moldy house, has no pet dander to deal with and has ears that are clean. I am trusting this will help his breathing issues and that he will talk soon. We’ve been commanding miracles and cleansing and looks like he is being cleaned up.”

Here’s a testimony from another sister in Christ:

“I could use some prayer. I went last week to the liver doctor and received a report that was unexpected.  The test showed stage 3 liver fibrosis and mild fatty liver. My labs looked good but have never quite gotten to normal.  I go this Tuesday to have an ultrasound and then talk with the doctor on Thursday.  I am praying that my liver is normal. That it is healed in the Name and power of Jesus.  That the liver report was false and that my liver is healthy. That there is NO scar tissue. And that with long life God will satisfy me.”

We than connected this believer with our trained co-worker Sam who ministered to her over the phone with authority. Afterwards she texted us.

“Just wanted to send a praise report from my ultra sound yesterday. God is so good. Where the first test showed I had Stage 3 fibrosis of the liver this test yesterday showed normal tissue to a mild fibrosis! What a miracle! A beautiful turnaround. I am claiming that there is no Abnormal tissue. I talk to the doctor tomorrow but am thanking and praising God for a good report. Mild fibrosis can be treated with diet but I am taking authority over it and asking it to leave. To God be the glory! Thank you Sam for proclaiming over me in faith.

Sam responded that we want 100% and will continue to administer healing to me. Thank you friends for your ministry. I truly witnessed a miracle of healing. To God be the glory!”

We responded to this sister:

When you take authority over something, you are not “asking” it to leave (politely or otherwise). You are COMMANDING it to leave and refusing to take no for an answer—since it is UNDER your authority!

Sam actually did not “proclaim” healing over you in faith. Rather, he COMMANDED healing over you. There is a vast difference between proclaiming/declaring/affirming and COMMANDING. When you want your pet dog to sit, do you “proclaim/declare/affirm” sitting over him or her, or do your COMMAND your pet dog to sit with utmost authority and even force him to sit if necessary? Your dog won’t understand what you want if you say to him: “I proclaim (or declare or affirm) that you sit.” Rather you simply say, “SIT!!!

She replied to us: “You are so right. I used the wrong word. Sam did command over me. And I am commanding not asking for all damage to be removed. Thank you for the correction.”

The following week she wrote: “Just wanted to pass on that the doctor confirmed yesterday that I do not have Stage 3 liver disease.  But instead my liver looks normal and there is no to mild scarring!  I have a report signed by a doctor that says I had mild fatty liver and stage 3 liver fibrosis. The doctor yesterday said that report was wrong-that the test was not accurate for whatever reason.  The second test was considered a far superior test.  In between the tests, Sam commanded healing via the telephone and many prayed.  I believe God gave me a miracle of healing and it is now documented by the second test that my liver does not have the severe scarring that was first told to me.  Praise be to God. He still moves mountains! To God be all the glory and praise. I am receiving my miracle and walking in the goodness of the Lord!”

.
Jesus solemnly promised in John 14:12 that those who believe in him will do the works that he did, including healing the sick. If we minister to the sick exactly as he did and as he taught his disciples, we will begin to witness the miraculous. Up until now, we have been following church tradition— proclaiming/declaring/affirming/claiming—instead of commanding with authority when ministering to the sick.

When you want your pet dog to sit, do you proclaim/declare/affirm/claim sitting over him? Do you just politely ask him to sit, and then leave the results up to him?

Or do you bark out an authoritative command to him: “SIT!!!” Even if he is feeling rebellious and refuses to obey your command, you can FORCE him to sit since he is under your authority and you are bigger than he.

Our UNIQUE CALLING during these Last Days
Elderly man paralyzed & bedridden for six months gets up in Jesus' name
Scans couldn’t uncover why a man had excruciating pain…the doctor said there was nothing…
Anita miraculously healed of long-term asthma and difficulty breathing; accepts Christ