Since her pregnancy five years earlier, Janaki was stricken by a disease leaving her essentially paralyzed… 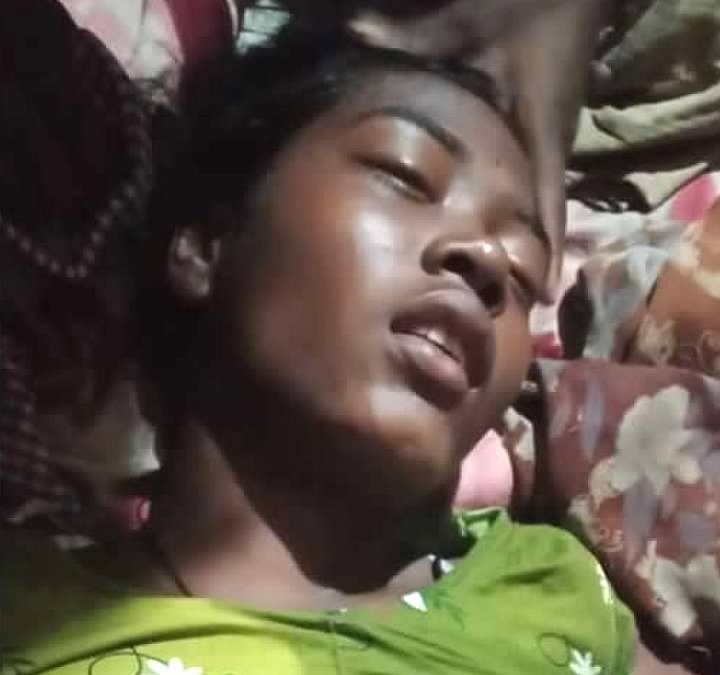 “Thank you so much for your intercessory and financial support. All our Elijah Challenge workers are doing well and are safe. Praise the Lord for your burden to reach out to the unreached of India.”
.

“In the village of Telimal lived a woman (above before & below afterwards) named Janaki who had not been able to walk for five years. In the beginning she had been pregnant with child. During that time she was stricken with an infirmity that weakened her hands and legs so severely that she was essentially paralyzed. A lot of medical treatment failed to alleviate her condition. But after our Elijah Challenge workers ministered to her in Jesus’ name, Janaki was miraculously healed. She and her family accepted Jesus Christ as their only Lord and Savior.”
. “Hemram (below) lived in the same village of Telimal. He was demon-possessed and had gone completely mad. His parents brought in a sorcerer who sacrificed animals for Hemram and required other things which they did for the sake of their son. But Hemram’s condition worsened. Then they took him to the hospital, but according to the doctor he needed more advanced treatment which would cost more than his poor parents could afford. The family left for home. On the way they called our Elijah Challenge workers asking for help. They were able to take Hemram to see them. After our workers ministered to him, there were immediate changes. Within three days he was completely delivered from the demons. The entire family accepted Jesus Christ.”
. “Young Susila (below) lived in the village of Barogad and was severely demonized. She couldn’t control herself, so for a few days her parents had to confine her to a room. A sorcerer was summoned, but he was unable to deliver her. Often Susila could be heard shouting and screaming. Her parents called our workers who came and ministered to her, driving out the demons in Jesus’ name. The unclean spirits left, and Susila was set free. Her family accepted Jesus Christ as Lord and Savior.”
. “In the village of Kutsure lived a woman named Rosni (below) who suffered from arthritis. For over six months she couldn’t walk properly despite taking medicine regularly. Our workers ministered to her, and she was miraculously healed from the arthritis.”
.