Santi had diabetes, felt very weak and would vomit. After Jesus healed her, her family accepted the Lord. 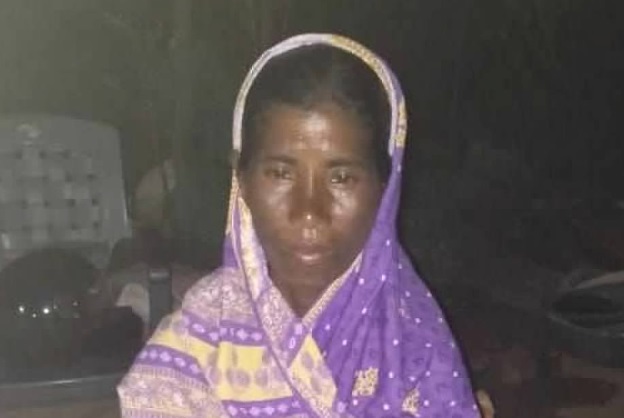 “Greetings to you in Jesus precious name! Thank you so much for your intercessory and financial support.

The Lord has been very graciously using our workers to heal the sick miraculously and cast out demons in order to reach the unreached.

For a long time an elderly woman named Santi Khadia (below) had suffered from diabetes. From time to time she would vomit and was very weak. She had been taking medication from a local allopathic doctor, but had gotten very weak. Our workers then ministered to her for three days in Jesus’ name. The vomiting stopped, and Santi was completely healed. Her family accepted Christ.” “Dileswar Rohidas had severe kidney disease. Despite taking the required medication he felt he wouldn’t survive for long. But after our harvest workers ministered to him, he began to feel better and better. His condition slowly improved and he was no longer weak. His family believed and came to Jesus after this wonderful miracle.”
. “A young man named Susanta had tuberculosis. Despite consulting with several doctors and taking prescription medication regularly, his condition didn’t improve. After our harvest workers ministered to him with the Lord’s power and authority, he was miraculously healed. Susanta and his wife accepted Jesus.”
. “A young woman named Santoshi had terrible migraines. She had gone to both sorcerers and doctors but the migraines wouldn’t stop. But after our workers ministered to her in Jesus’ name, the migraines ceased.”
. “In a village known as Kuchinda lived a demon-possessed man named Chabila. He had gone to various sorcerers and priests but the unclean spirit wouldn’t leave him. But Chabila was miraculously set free after our workers ministered to him in the name of the Lord Jesus. Afterwards he accepted Jesus.”
.