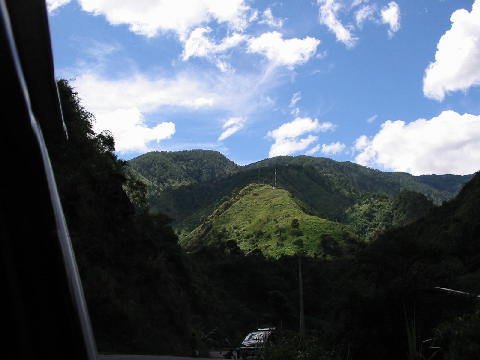 On the road from Manila to Baguio

In Baguio over 200 participants—mostly pastors, evangelists, leaders, and Bible school students—were equipped to heal the sick the way Jesus and his early disciples did for the purpose of demonstrating to the world that Jesus is the only way to the Father. The Lord confirmed the teaching by healing several people of their infirmities in the sessions as the believers laid hands on them. We received so many encouraging comments. One older and seasoned servant of the Lord originally from the USA who is not easy to please said simply that it was the best Seminar he ever attended. 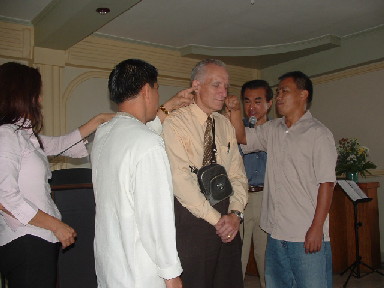 Learning how to open up impaired hearing

Healed after many years of
a severe back condition

The climactic Evangelistic Healing Crusade was glorious; the grace of the Lord was abundant. After I shared the gospel from Mark 2, we asked the Lord to prove that Jesus indeed had authority to forgive sin. The proof would be the miraculous healings. 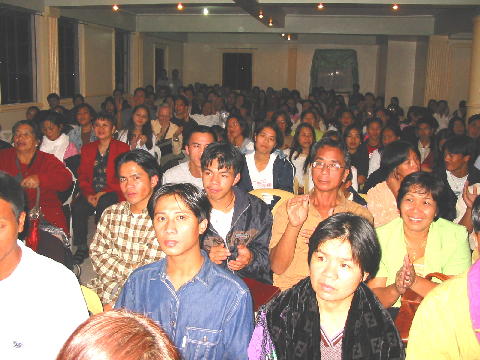 We asked pastors and their wives who were trained in the Seminar to come forward to minister to the infirm. The healing was done in two stages: mass healing followed by the individual laying on of hands. The Lord multiplied the healings in this way. Many came forward to line up waiting their turn to testify what the Lord had done for them.

Two girls born deaf and dumb were brought by their parents to the meeting. Both were able to hear and to respond and to speak. But perhaps the most wondrous moment occurred at the end of the evening. A young man named Wawi who had cerebral palsy was brought to the meeting. He had never walked in his entire life. Since the meeting was held on the fourth floor of a Conference Center that lacked an elevator, his father had to carry his son on his back up to the fourth floor where he was placed in his wheelchair. During the time of ministry the trained pastors ministered to him for quite a while. He was able to get up with help and to take steps for the first time in his life while holding on to someone.

When it was time to go home, he did not want to piggyback on his father’s back again. Instead he walked down the steps while holding on to others.

Conference host Dr. Alan Miller, National Superintendent of Kingsway Fellowship Philippines, has been in ministry for 45 years both in the United States as well as the Philippines. Among other things, he served as a pastor under famed preacher Stephen Olford at New York City’s Calvary Baptist Church. He has pastored churches, served as a missionary and a charismatic Bible teacher. Last night after the Crusade meeting Alan told us that he and his wife Lee have never enjoyed a Conference as much as they did the past two days. 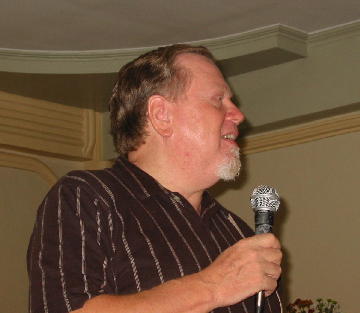 Below are selected portions from Dr. Miller’s comments in the January 2007 issue of the Kingsway Fellowship International Philippines newsletter:

There’s a New Jersey brother (named Oleh Farmiga) who has helped this ministry for several years. Every furlough we see him, attend his fellowship, and have an opportunity to speak to his people. We’ve repeatedly invited him to come minister at Kingsway Fellowship International regional conferences in the Phillipines. In 2005, I thought he was finally persuaded, but he e-mailed, “I’ve got somebody much better than me” and introduced me by e-mail to Brother Bill and his wife Lucy. I was dubious when I discovered that even Oleh had never met them personally. Happily, all concern vanished after my first personal communication with Brother […]. The anointing even flowed over the internet! The Elijah Challenge website was a powerful confirmation that, “Yes indeed!” without the slightest doubt, we wanted to sponsor them in the Philippines.

Then we discovered they were already scheduled to minister here in the Philippines in October 2006, and were willing for us to “hitchhike” on their schedule, meaning we could have them between their time in Indonesia and in Davao City.

To describe Brother […]’s teaching is difficult—so many words come to mind—anointed, lucid, penetrating, cogent, inviting, clear, gripping—made all that much more powerful by the excellent Powerpoint visuals. You might think this is overkill—but when you sit through Brother […]’s teaching, you find yourself not wanting to leave the room for any reason lest you miss a word of his powerful, and always Scriptural, presentation. After listening for just a short time, you realize this conference is going to be something special. Almost from the outset you know you’ve made one of the best decisions of your entire Christian life, the decision to hear The Elijah Challenge, and this you know in your spirit long before seeing any demonstration of healing.

Brother […] demonstrated the teaching at the end of day one. Immediately people were healed! A conference teaching Christians “how to heal” stirs up suspicions, but nothing was amiss, any more than a conference teaching Christians how to win the lost would be amiss. Jesus, the only Savior, is also Jesus, the only healer! They teach Christians how to be let Jesus heal through them. They personally laid hands on only a few, instead training and directing others step by step to release the Lord Jesus’ healing ministry. They demonstrated the difference between “praying for the sick” and “healing the sick.” All in all, at least 100 people were healed. This we saw with our own eyes.

More importantly, the local servants of God are now inspired by what they have seen and heard. They have been equipped to carry on the work of the Great Commission in the manner that the Lord Jesus commanded his disciples: “heal the sick and tell them ‘the Kingdom of God is near you.’” 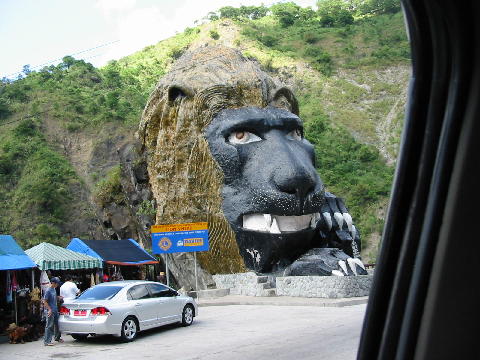 Above & below: On the road back to Manila from Baguio 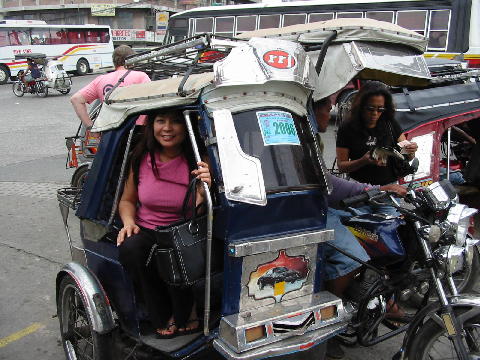 After the event in Baguio we traveled south to Mindanao where we held a Seminar in Davao City for a group of servants of God. The Coordinator was Pastor Joel Martinez. These pastors, some of whom have outreaches to tribal areas outside of Davao, were equipped with The End Time Model of Evangelism. 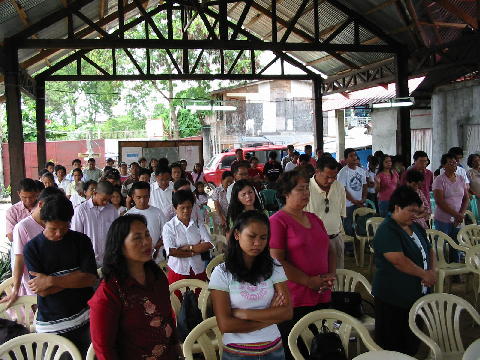 Servants of God in Davao being equipped 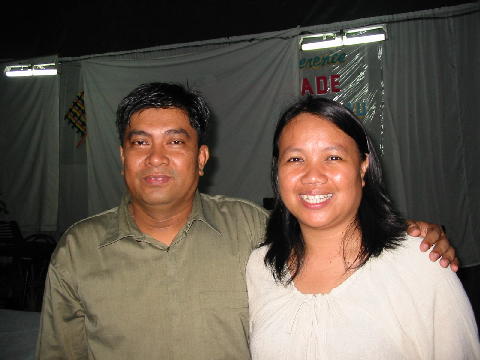