Pastor Simon Haqq, one of the most powerful servants of God in the history of the Church, has left for the Father’s house 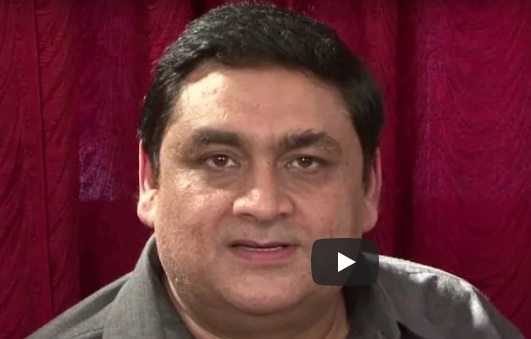 Apostle to the Hindus

.
Pastor Simon Haqq, one of the most powerful servants of God in the history of the Church, was taken home to glory in May 2021. Simon was the grandson of Dr. Akbar-Abdul Haqq, known to past generations as “the Billy Graham of India”. Simon was also a co-worker of The Elijah Challenge in India.

We first met Simon in 2000 on our first mission trip to India. In ensuing years Simon hosted us and trained with The Elijah Challenge in various regions in India. Then God began to use him very powerfully in healing the sick before crowds of Hindus in his many Feeding Events. Many tens of thousands of Hindus came to Christ in these Feeding Events. Eventually Simon led the fastest-growing ministry in North India.

In the mid-2010s, over a period of three consecutive years Simon was invited to preach before immense crowds of two million souls in Andra Pradesh. At each of these three events, approximately one million souls raised their hands signifying their desire to accept Christ, after which Simon led them in the prayer of salvation. Few servants of God in the history of the Church have had the honor of bearing such fruit for the gospel in a single meeting.

After each of these three meetings Simon prayed over the sick. When he asked the people to raise their hands if they had been miraculously healed, he told us that around one out of four people in the immense crowds had their hands raised. This means that in each event God healed perhaps a half million people simultaneously as Simon prayed over them in the name of Jesus Christ.

Few servants of God in the history of the Church—perhaps only Simon—have been used by the Lord to minister miraculous healing on such a scale. And the Lord used him to do this three times over three consecutive years.

Through Simon the Lord has fulfilled his promise in John 14:12.

“Very truly I tell you, whoever believes in me will do the works I have been doing, and they will do even greater things than these, because I am going to the Father.”