Paban, a poor labourer, had a tumor in his stomach and couldn’t afford the operation, but the Lord…. 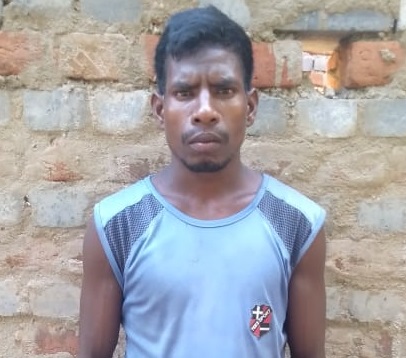 “Greetings to you in Jesus’ precious name from India. Thank you so much for your intercession and financial support for us. Even though there is lockdown everywhere, most of our harvest workers live in remote areas and did not stay at home but were able to walk to nearby villages to reach out to the Hindus. We don’t know how long the lockdown will continue in India. Please pray for the safety of all our harvest workers.”

.
Selected reports for you

“A young man named Paban (above) had stomach pain for a year. He went to the district hospital and after seeing a doctor was diagnosed with a tumor. Paban couldn’t afford treatment since he is a daily labourer. But after our Elijah Challenge workers ministered to him in the name of Jesus Christ, the tumor disappeared. He and his family accepted the Lord.

For three long years, Phitara Munda (below) had suffered from pain in his waist and legs. He had consulted with many doctors and taken medication for months but did not get well. After that on two occasions he went to a nearby temple and enlisted the help of a temple priest to sacrifice goats, but still the pain persisted. After trying and failing to gain relief time after time elsewhere, he was approached by our Elijah Challenge workers. They went to his village and ministered to him in Jesus’ name, and he was completely healed from the pain. He and his family accepted Jesus Christ.”
. .
A twelve-year-old girl was demonized. She would have difficulty breathing. At times she felt something pressing down on her neck. Her doctor could not identify the problem. After our Elijah Challenge workers went to her village and ministered to her, she was completely delivered. Her parents accepted Christ.
. .
Manoj, a young man, had a terrible migraine headache for seven or eight months. Sometimes he would bash himself with a roller pin when couldn’t bear the pain. Our Elijah Challenge workers went to his village and ministered to him. The migraine miraculously disappeared. Praise the Lord Manoj has accepted Jesus Christ.

A young lady named Minakhi was attacked by a demon every night. It would assail her leg causing her to bleed. At first she couldn’t understand what was going on, but after a few days she came to realize that it was the work of an unclean spirit. Our Elijah Challenge workers ministered to her, and the attacks promptly ceased. She and her family accepted Christ.

Glory to God, many more reports will be sent to you soon.”

Received from Elijah Challenge-trained Co-Worker in India
May 13, 2020