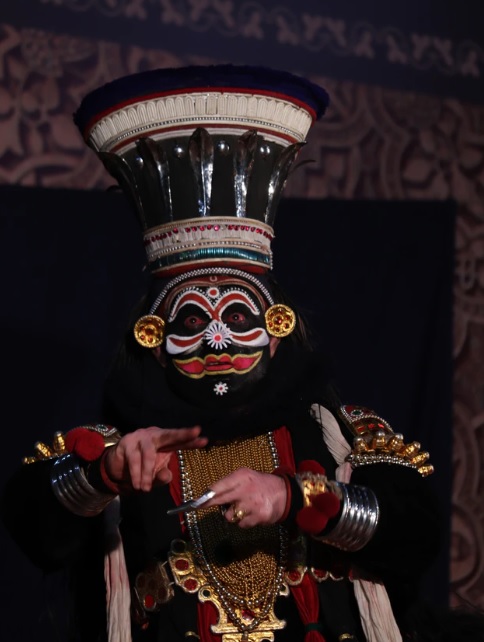 We were so sad after watching the news on TV one day. It was reported that in a village in Orissa, a 4-year-girl was sacrificed by the temple priest just for the purpose of gaining more demon power. In our exceedingly technological world, people are still living in darkness and believe in superstition.

I believe it is the Lord leading you to increase the number of harvest workers to be sent to such places in order to win them for Christ during these Last Days. Hundreds of thousands of villages in India need to be reached. The Lord is so gracious to use our Elijah Challenge workers so powerfully and effectively. Next month we will start training more harvest workers. Please pray for us.

In a village called Baragod, a man named Dilip was admitted to a hospital for two weeks for severe chest pain. According to a scan, there was no reason for the pain. Neither could the doctor find any connection between his cough and the chest pain. The doctor thought that he might have TB, and gave him some medicine. But his chest pain persisted. Our Elijah Challenge workers stopped by his house and ministered to him, and he was completely healed from the pain. He and his family accepted Christ.
.

A young lady named Vaisali had been possessed by a demon. She was causing problems for her family with all her shouting and screaming. Through her the demon said that he “will destroy this family.” They called a sorcerer, but he could not deliver her. Then her husband and one of her family members brought her to one of our house churches. When our Elijah Challenge workers ministered to her commanding the demon to leave in Jesus’ name, she was instantly delivered and the demon left. Now both Vaisali and her husband are attending our house church.

For three years, man had suffered from diabetes. Most of the time he would quarrel with his wife and then beat her up. He also suffered from severe itching on his body, mostly on his hands and legs. He could not even eat or take a bath. Our Elijah Challenge workers went to his village and ministered to him. Within a week the itching subsided, and his infected skin dried up. Praise the Lord he was completely healed. His family accepted Christ and a house church began to meet at his home.

In the village of Tiperguda lived a man with a mental disorder. At night he would not sleep. He could not control himself, behaving in various ways that were strange. When he walked outside on the street, he would be frightened by people just passing by. But after our workers ministered to him in Jesus’ name, he became normal again. His family believed and accepted Christ.

A young boy had been bitten by a mouse, resulting in an infection in his body. He was miraculously healed after our workers ministered to him.
.