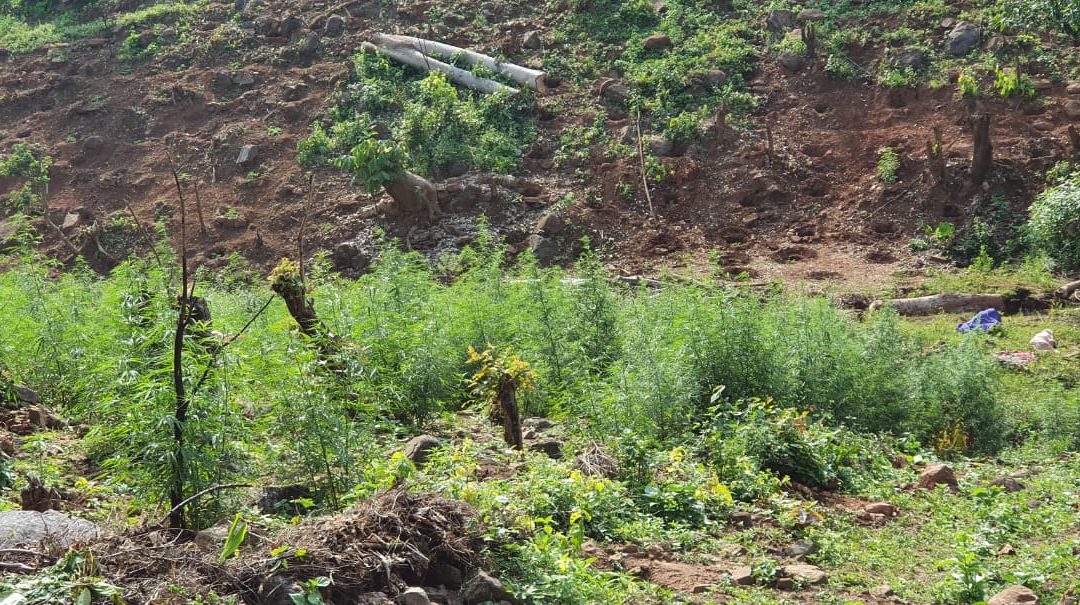 “Last week we visited a remote village to meet with our new believers. I saw people illegally cultivating drug leaves. The police do not go there since it is so remote. But thank God after my visit, many of our new believers no longer want to make their living that way. After experiencing miraculous healings and accepting Christ, their lives have changed entirely.

An elderly woman had been suffering from high blood pressure and diabetes for ten years. Although she had been under medication for a long time, she was very weak and unable to walk. She would talk only rarely. Our Elijah Challenge workers came to her village and in Jesus’ name ministered to her. They then helped her to get up from the bed. And she began to talk. For three days they continued to minister to her. The Lord healed her completely. Now she is able to get around entirely on her own, and she is eating normally. Another wonderful thing is that now she goes to the nearby neighborhood pond with her grandchildren to take a bath. Four families have accepted Christ.

A woman had been bedridden for three years after a stroke. Day by day she got weaker and weaker, and was always in bed. She had been in the hospital for a week after which there was some improvement. But she couldn’t get up and walk. Our Elijah Challenge workers laid hands on her and ministered to her for a week. The Lord healed her. She got up from bed and walked around. Our workers have started a house church in her home.
.

Dibaka, living in the village of Hariguda, was suffering from an eye infection. He had been to a doctor and was under medication. But after a month there was no change. One of our Elijah Challenge workers stopped by his village and ministered to him in Jesus’ name. He was completely healed and now no longer taking the medication. He has accepted Christ.

A young girl named Kumari was demon-possessed. Completely out of control, she was tied up and locked in a room by her distraught parents. Many sorcerers were summoned to her village and tried to deliver her. But she had more demons [than the sorcerers] and they were unable to help her. It happened that there were Elijah Challenge workers living around 20 kms from her village. Her parents asked for their help. Just as our workers arrived, the demon stopped shouting and making noise. Within five minutes demon was gone, and Kumari was completely delivered. Two of the families accepted Christ in that village. How wonderful is the Lord!

For three long years a woman had suffered from an issue of blood, like the woman in Mark 5. She had heard about our nearby house church, and on a Sunday came and shared her problem. Our worker’s wife ministered to her in Jesus’ name, and she was miraculously healed from the bleeding. Now she is attending the fellowship regularly.

INDIA: Paralyzed woman as well as paralyzed man get up and walk as our trained workers minister in J...
INDIA: in the Hindu stronghold of HARIDWAR, Elijah Challenge churches are the fastest growing
Woman with malaria in her brain causing mind disorder & speech disability healed instantly---both me...
A young boy’s head was developing abnormally. Treatment in a hospital didn't help. Our workers minis...