Medical Clinics at The Largest Campaign in the History of Egypt 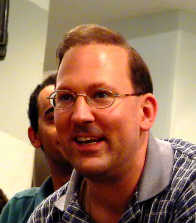 “At the medical clinics, I laid hands on a man who had a fractured vertebrae and herniated disc in his back, which caused terrible pain. The Egyptian doctor showed my the X-ray and explained that unless the Lord did a miracle, the only solution to this man’s problem was surgery. The man also had a lot of pain in his knees. First I ministered to his knees reasoning, “I’ll start with the easier problem first and if he gets healed it will strengthen his faith enough to receive a healing for the back problem.” Sure enough, after laying hands on his knees, he reported that they were significantly better. Then I laid hands on his back and ministered to that area for about two minutes. I commanded the fractured vertebrae to be healed and the disc to go back into place in Jesus’ name. After I was finished, the man turned and left because there were so many others waiting to be ministered to and I never knew what happened. The next day, the same Egyptian doctor told me the man was healed and that he confirmed it by another X-ray. He said there was no more fractured vertebrae, no more herniated disc and no more pain! Hallelujah! Glory to God!

I also ministered to many people at the clinics who has arthritis, bursitis or rheumatism in their knees or other joints who were healed. When they received a healing, you could tell it was legitimate because their whole face would light up and they would look amazed. A few people even shouted for joy. This one lady in particular had terrible pain in her left leg. I don’t even know what was causing it, but she was in tears. I only ministered to her once and she was healed. She was absolutely beside herself with joy and amazement at what God had done.”

Little girl suffering from completely untreatable skin disease miraculously healed; parents accept C...
Founder of The Elijah Challenge: “God saved me from being killed in my mother’s womb”
Two blocks surrounding his home in Lake Charles untouched as disciple rebukes Hurricane Laura in Jes...
Boy driven by demon to stay in jungle despite the efforts of his Hindu family; set free by Jesus
Pages: 1 2 3 4 5