Is it a coincidence that Karl Marx grew up in post-Reformation Germany—a “Christian” nation? 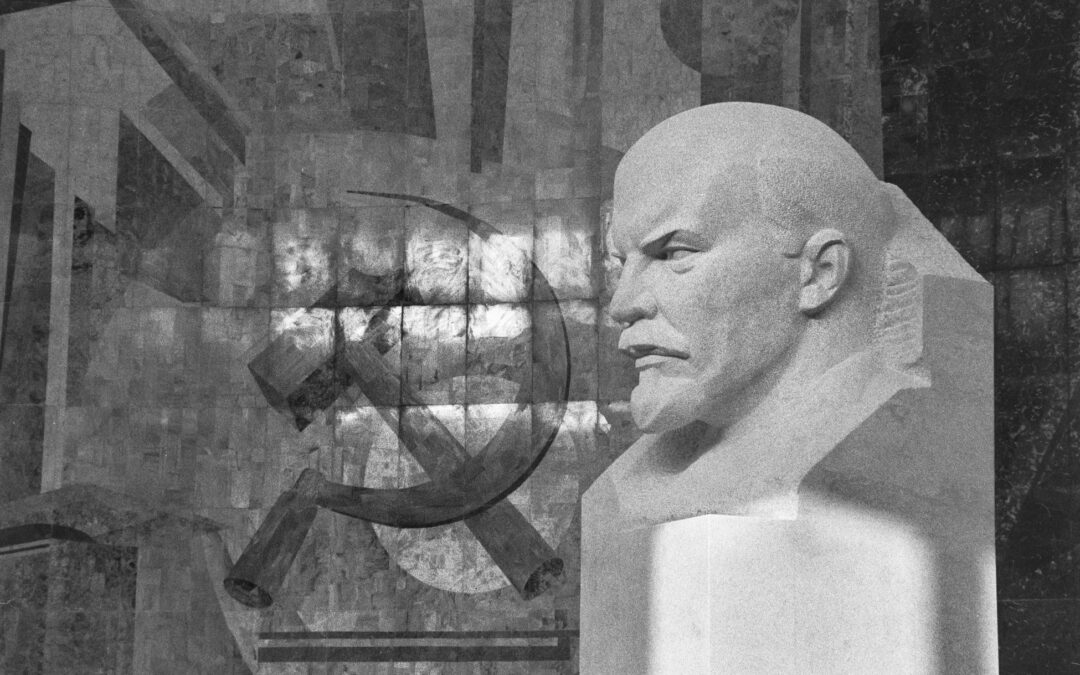 A recent issue of World News Daily has the headline: Are we living under communism already?

One line in Horowitz’ article above stands out:

“The problem…is this country was founded on Christian principles,” Horowitz noted.

A nation on earth founded on Christian principles—but in which not every citizen or resident is a born-again follower of Jesus Christ—will inevitably turn against those Christian principles, and even worse. This is a consequence of the teaching of the Nicolaitans which Jesus hates (Revelation 2:6, 15).

2 Peter 2:20 If they have escaped the corruption of the world by knowing our Lord and Savior Jesus Christ and are again entangled in it and are overcome, they are worse off at the end than they were at the beginning.

A nation founded on “Christian principles” will eventually turn the narrow biblical principle of “FREEDOM from sin through faith in Christ resulting in God’s blessings” into a much broader “FREEDOM and unalienable right to pursue happiness.” The latter freedom is of course reasonable and desirable for transformed followers of Christ on earth, but for those who are unredeemed it will eventually give them the freedom to do whatever satisfies their sinful nature. That is why in mainstream western culture we now find a total acceptance of certain lifestyles and practices which are abhorrent to God.

It is traditionally taught that God loves everyone and we are all equal in His sight. From this we have enacted laws against discrimination based on race, creed, and religion. Slavery is now illegal. But given our sinful nature our mainstream culture has used such laws to go to the opposite extreme of affirming Black Lives Matter as well as the violent protests, riots, vandalism, destruction of property, and arson which accompany it.

And since we are all equal in God’s sight, we all deserve to be treated equally by the government. Therefore we all deserve the same living standard on earth. And because God so loved the world, those who believe in His Son are saved by grace and not by works—that is, “for free”. By extension therefore our government should give us everything FOR FREE. In such a “Christian” country, socialism and communism were born.

The scriptural right given to those who are called to become children of God by receiving Jesus Christ (John 1:12) has now become the “right” not even to be offended in the slightest, giving birth to our “woke” liberal culture in the Christian west.

Progressive liberalism, socialism and communism take the “Christian principles” originally meant only for God’s redeemed people and apply them to every unredeemed human being enslaved to sin. In this way they take the place of God, paving the way for the one-world government prophesied in Revelation. Karl Marx grew up in post-Reformation Germany—a “Christian” nation. Is that merely a coincidence?

Ironically, the seed of socialism has found very fertile ground in countries founded on “Christian principles”. In line with that we do not see socialism taking root in nations dominated by Islam, Hinduism, and Buddhism. Such nations keep their people in line using the laws dictated by their religion. But communist leaders keep their people in line using physical force after the people have given them power by believing their false promises and electing them.

In 1798 John Adams wrote: “Our Constitution was made only for a moral and religious people. It is wholly inadequate to the government of any other.”

John Adams could foresee what is taking place now in America. The freedoms guaranteed by our Constitution were meant only for people who know God the Father through His Son Jesus Christ. When such freedoms are also given to “immoral”, unredeemed people, the eventual and inevitable result will be socialism, communism, or their sister fascism in a nation. The wonderful freedoms guaranteed by the US Constitution are indeed wholly inadequate to the government of people other than redeemed people.

That is why the Israelites in the Old Testament were kept bound by the strict Law of Moses. The purpose of the Law was to lead them to eventual FREEDOM through faith in the Messiah Jesus Christ.

Galatians 3:24 Therefore the law was our tutor to bring us to Christ, that we might be justified by faith (NKJV).
.

Revelation 2:12 “To the angel of the church in Pergamum write: These are the words of him who has the sharp, double-edged sword. 13 I know where you live—where Satan has his throne.

According to Is this altar in Europe the portal for Satan?, an article in World News Daily by Scott Lively, there are two primary exhibits in a museum in Berlin called the Pergamum Museum.

“The first is the Pergamum Altar, called Satan’s Seat in Revelation 2:13. The second is Babylon’s Ishtar Gate, historically called the “Gate to Hell” because it is decorated with 337 images of Marduk, the serpent god: 337 being symbolic of Sheol (hell) in Hebrew numerology. In demonology, Marduk (aka Bel, aka Baal, aka Zeus) is Satan, and Ishtar (aka Astarte, aka Ashteroth, aka Europa) is Satan’s female consort. Significantly, these two enormous exhibits are not replicas but the originals. The Seat of Satan was shipped in pieces from Turkey to Germany starting in the 1880s, and the Ishtar Gate starting in 1913. In 1902 Kaiser (Caesar) Wilhelm II, last king of the Holy Roman Empire’s Second Reich, publicly celebrated the reconstruction of the Pergamum Altar in Berlin as his highest achievement.”

Could this be the physical portal on earth through which Satan will carry out his plans through various anti-Christs from Europe during these very Last Days? Is it any coincidence that this museum is located in Germany?