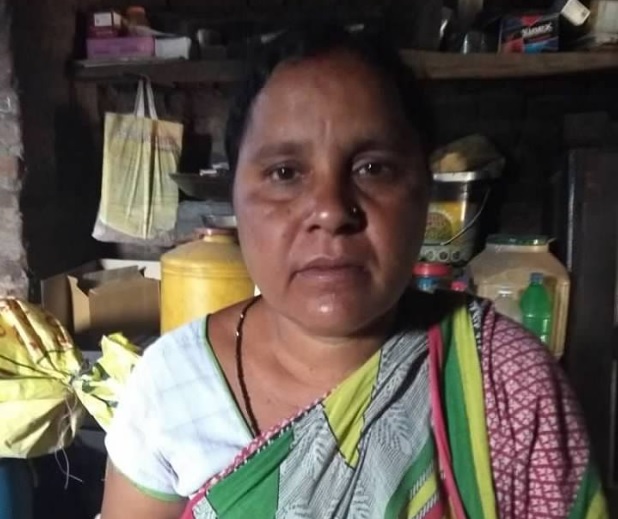 “Thank you so much for your prayer and financial support. By the grace of God our Elijah Challenge ministry has continued during the current lockdown in India. The Lord is so gracious to use our workers to proclaim the kingdom of God even during this worldwide crisis.”
.

“Nitam (above) belongs to a high caste of Hinduism, and serves as a child healthcare worker in a village. For a long time she had suffered from severe arthritis making it very difficult for her to carry out her duties at work. She had been under prescription medication for a long time, but she didn’t get well. Then our workers ministered to her in the powerful name of Jesus. Within a few days she was completely healed. She used to have a houseful of idols which she worshiped, but after personally experiencing supernatural healing from our Lord, she threw out all the idols. Both she and her husband accepted Christ.

In the village of Jamphu a woman was dreadfully demonized. For five days her family could not handle her. She would enter uninvited into other people’s homes and start throwing their things around. Her family called our Elijah Challenge workers to come, but physical access to Jamphu is very difficult. But it happened that one of our house churches meets in that area. So our workers asked the believers from that house church to go. Wonderfully, the unclean spirit left the woman after our believers commanded it to leave in Jesus’ name. Her family believed and accepted Christ.”

“In a village called Umarkote lived a woman named Ramila (below) who had been demonized for a week. The unclean spirit was causing Ramila a lot of problems. When our workers rebuked the spirit in Jesus’ name, the demon went in and out of Ramila a few times after which it left her for good. She was completely delivered and accepted Christ.
. .
In Damkoda village a man named Dandsena had a bad case of hemorrhoids. For two to three months he suffered terribly. But after our Elijah Challenge workers ministered to him, he was miraculously healed. He believed and accepted Christ.

Young Sabita from the village of Telendihi had suffered from pain in her left hand and couldn’t lift it up. For months she had taken medicine from a local hospital, but didn’t get well. After our Elijah Challenge workers ministered to her, she was healed.

Bibhuti Bhaisal lived in the village of Panchmahala. He suffered from pain in his ear. For a few days he couldn’t even sleep due to the severity of the pain. Then our Elijah Challenge workers ministered to him in Jesus’ name, and Bibhuti was completely healed.