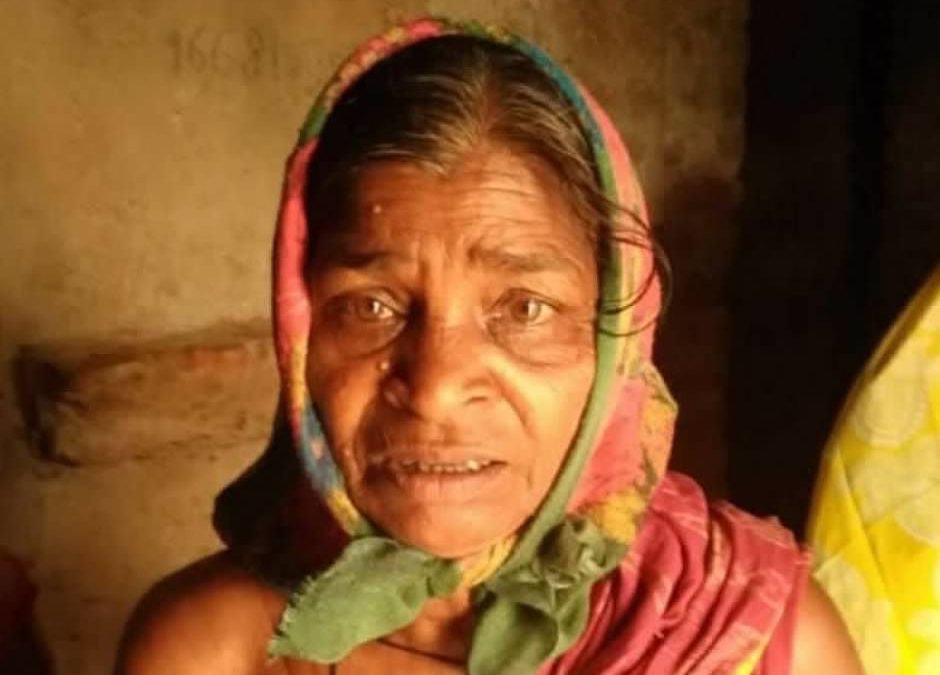 “Our gracious Lord is doing wonderful things through the ministry of our harvest workers. Yesterday I was watching a popular TV news program on the Odia channel. I was astonished to see a report on a Hindu Priest being carried by his followers for five hundred kilometres walking on bare feet. On the program the reporter was debating some gurus about such blind, unthinking faith in today’s modern era. To my surprise the gurus encouraged such blind faith and acts of allegiance due to ignorance.

In India there are millions blindly following such false priests.”

.
Selected reports among many

“An elderly mother name Kabita (above) fell on her way walking to the river. She was severely injured and couldn’t walk. Poor Kabita ended up confined to bed for over three months. She was absolutely miserable. Then our Elijah Challenge workers came to her home and ministered to her with much boldness in the name of Jesus Christ. Instantly she stood up and began walking. Her family accepted Christ.”

.
“A little girl named Pangu (below) had been sick for a few days, and her condition become serious when her face swelled up. Her parents went to the doctor to get a prescription for her. But after ten days taking the prescription Pangu still didn’t recover. Then our Elijah Challenge workers came by their home to minister to her. Within two days she was well. Her family believed and accepted Christ.”
. “In the village of Purnapani a woman had been demon-possessed for months. Her name is Sania Lugun (below). Her family brought sorcerers who performed all kinds of rituals for her, but the demons wouldn’t leave. Then they brought a temple priest who performed worship to Hindu deities in their home, but Sania still wasn’t set free. She caused her family such problems at home that they resorted to tying her up with chains. Then our workers came by and in the name of Jesus Christ drove out the demons. Sania was completely delivered. Two of her family members accepted Jesus.”
. “From time to time, a couple named Lekhu and Dheneswari Sahu (below) would be attacked by unclean spirits. On top of feeling sick they would have terrible nightmares. Then they had to give up the land they cultivated. They spent a lot of money on sorcerers who offered up a chicken, a goat and other items in worship, but the attacks didn’t relent. But they experienced a wonderful deliverance when our Elijah Challenge workers ministered to them in Jesus’ name. Now both Lekhu and Dheneswari are followers of Jesus Christ.”
. “In the village of Damkuda, a woman named Tika Lakra (below) had suffered from diabetes and migraines for a long time. Consulting with a doctor and taking prescription medicine didn’t bring any relief. But after our workers ministered to her, Tika was completely healed. She believed and accepted Jesus Christ.”
.