Desperate high caste Brahmin father of boy with failed kidneys prays to Hindu god, and the face of Jesus appears… 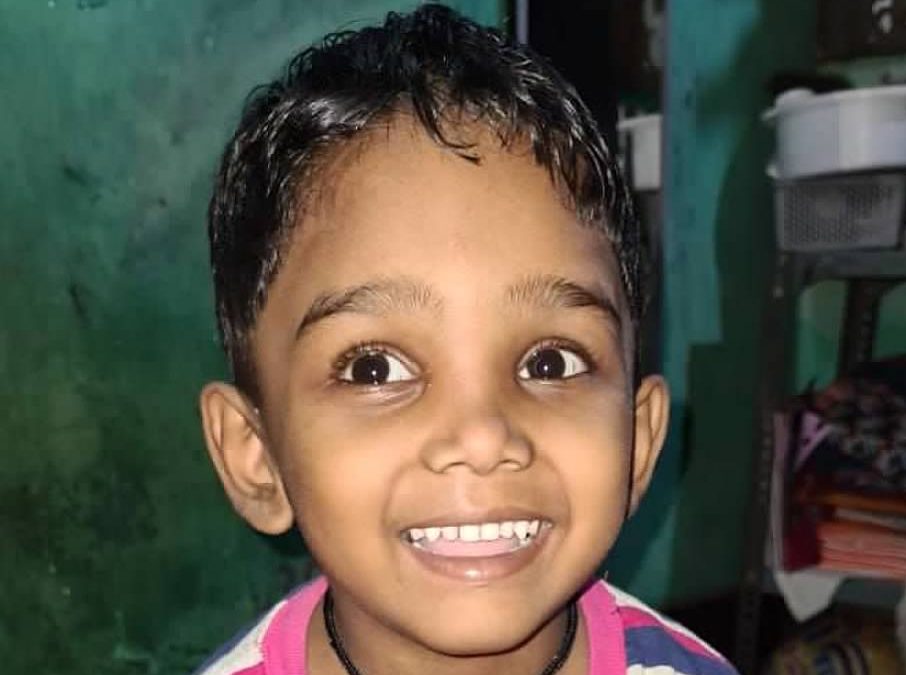 “Thank you so much for your intercessor and financial support to us for the ministry. Our God is great and is enabling us to witness great things in ministry.

Last month we came across a 6-year-old boy named Sai Kalyan (below with parents), the child of a high caste Brahman couple from a Telgu background who live a few kilometres from us. Three years ago due to overdosing on medication for some sickness his kidneys failed. There was constant vomiting. His parents took him to the main hospital in the major city of Cuttack where he underwent treatment for three years. Following the extensive (and expensive) treatment, they took Sai home.
. .
In turn they sought the help of an astrologer, a priest, and a sorcerer, but slowly little Sai’s condition worsened. Finally he became very weak, no longer able to eat or walk. Having tried everything to no avail, his parents were extremely frustrated. At home one evening Sai’s father went upstairs and cried out to a Hindu god named Sai Baba who is very popular in India, especially South India. Suddenly the face of our Lord Jesus Christ appeared to him in the sky. He was puzzled since he was actually praying to a Hindu god.

About a week later or so, one of our new believers came by their home and, after hearing that Jesus had appeared to him, assured Sai’s father that Jesus would heal his son. Our new believer brought Sai and his parents to us. He said that he had wanted to kill himself since there clearly was some wrong with his mind. Moreover, high caste Brahmins see what is called “Christianity” as the religion of lower class people. Their parents and relatives would certainly not allow the couple to believe in Jesus Christ. And so they felt a lot of hesitation with us.

But with Sai’s hopeless condition they allowed us to go to their home to minister to the boy. We continued to minister to him over a few weeks, and changes in his condition began taking place. Yesterday by the grace of God, Sai was up and eating, playing, and running. His parents accepted Jesus Christ. They might be the very first believers from their high-caste Brahmin community. Glory to God!

.
In the village of Darlipally lived a little boy named Amana (below) whose face was terribly marred. He couldn’t see, eat, or sleep. He would cry in pain. Our Elijah Challenge workers went and ministered to him in the name of Jesus Christ, and within a few days he was well. He and his parents are now attending one of our house churches.
. Demon attacks terrorized Manju (below). At night a demon would appear and drink her blood. Eventually Manju become very weak. She couldn’t understand what was happening to her. Her family took her to a sorcerer and then to a priest, but they were helpless to do anything. Then our Elijah Challenge workers ministered to her, and the Lord completely delivered her from the attacks. Her family accepted Jesus Christ.
. A little girl (below) was possessed by a demon spirit, causing a big headache for her parents at home. They couldn’t control her. A sorcerer was consulted but failed to help. But when our workers ministered to her in Jesus’ name, she was completely delivered. Her parents accepted the Lord.
.