“Be perfect, therefore, as your heavenly Father is perfect”: What could Jesus possibly mean by that? 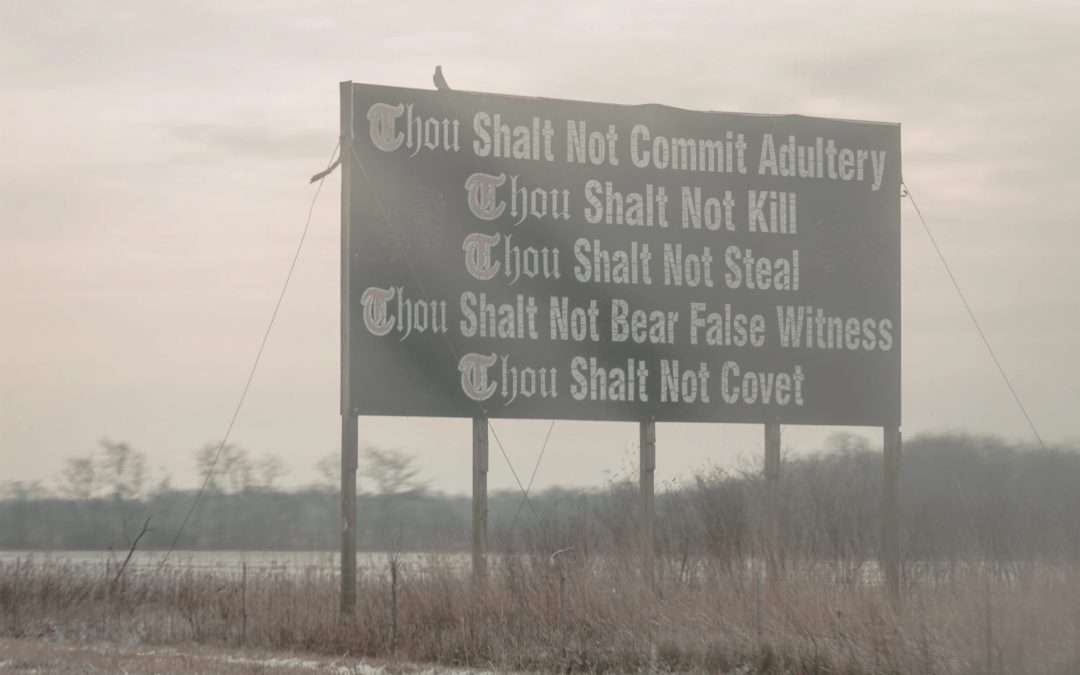 “Do not think that I have come to abolish the Law or the Prophets; I have not come to abolish them but to fulfill them. For truly I tell you, until heaven and earth disappear, not the smallest letter, not the least stroke of a pen, will by any means disappear from the Law until everything is accomplished. Therefore anyone who sets aside one of the least of these commands and teaches others accordingly will be called least in the kingdom of heaven, but whoever practices and teaches these commands will be called great in the kingdom of heaven. For I tell you that unless your righteousness surpasses that of the Pharisees and the teachers of the law, you will certainly not enter the kingdom of heaven. (Matthew 5:17-20)

These are very hard sayings spoken by our Lord Jesus and difficult to interpret in the climate of “grace” today initiated over half a millennium ago by Martin Luther. Jesus goes on to make it painfully specific for us.

“You have heard that it was said, ‘You shall not commit adultery.’ But I tell you that anyone who looks at a woman lustfully has already committed adultery with her in his heart. (Matthew 5:27-28)

“Again, you have heard that it was said to the people long ago, ‘Do not break your oath, but fulfill to the Lord the vows you have made.’ …All you need to say is simply ‘Yes’ or ‘No’; anything beyond this comes from the evil one. (Matthew 5:33, 37)

“You have heard that it was said, ‘Eye for eye, and tooth for tooth.’ But I tell you, do not resist an evil person. If anyone slaps you on the right cheek, turn to them the other cheek also. (Matthew 5:38-39)

“You have heard that it was said, ‘Love your neighbor and hate your enemy.’ But I tell you, love your enemies and pray for those who persecute you…  (Matthew 5:43-44)

Matthew 5:48  Be perfect, therefore, as your heavenly Father is perfect.

Some evangelicals or those who came out of a legalistic church background might squirm reading such words from our Lord. “Whoever sets aside one of the least of the commands from the Law and the Prophets and teaches others accordingly will be called least in the kingdom of heaven, but whoever practices and teaches these commands will be called great in the kingdom of heaven.” Popular teaching on grace today tells us that we are completely free from the demands of the Law since we are saved by faith and not by the works of the Law. It would be so nice if we could simply declare the words of Jesus in the gospels before his crucifixion to be invalid since they fall under the Old Covenant—before his death and resurrection.

So what did Jesus mean by “For I tell you that unless your righteousness surpasses that of the Pharisees and the teachers of the law, you will certainly not enter the kingdom of heaven”?
.

.
We hear from some in the Church that “well, no one is perfect.” So what did Jesus mean when he commanded us to “be perfect, therefore, as your heavenly Father is perfect”?

Paul wrote of this righteousness which is of God”:

And be found in him, not having my own righteousness, which is of the law, but that which is through the faith of Christ, the righteousness which is of God by faith: …Not that I have already obtained all this, or have already been made perfect, but I press on to take hold of that for which Christ Jesus took hold of me. (Philippi 3:9-12)

Having received the righteousness which is of God by faith, Paul’s goal was to be made perfect. He pressed on toward that goal.

But it is taught by some that we are simply deceiving ourselves and making the Lord out to be a liar if we claim to be without sin. By nature, it is said, we sin every day. But God is gracious, and if we simply confess our sins he is faithful and just to forgive us our sins. This teaching is based on 1 John 1 below.

If we claim to be without sin, we deceive ourselves and the truth is not in us. If we confess our sins, he is faithful and just and will forgive us our sins and purify us from all unrighteousness. If we claim we have not sinned, we make him out to be a liar and his word is not in us. (1 John 1:8-10)

But in the very next verse below, John explains what he really meant.

1 John 2:1  My dear children, I write this to you so that you will not sin. But if anybody does sin, we have an advocate with the Father–Jesus Christ, the Righteous One.

We are told that John is writing this so that we will not sin–-meaning that it is absolutely possible for us not to sin. Then John continues with “but if anybody does sin…” which uses the conditional “if.” It means that sinning is certainly not automatic, but is only possible. This verse therefore amounts to the contingency on which we fall back if indeed we do sin. But clearly we are not expected to sin. Therefore 1 John 1:8-10 must refer to our condition before we accept Christ as Lord and Savior.
.

We CAN live self-controlled, upright and godly lives
in this present age

.
The grace of God is much more than the forgiveness of our sins each time we fall into temptation and then confess our sin. It goes on to transforming us into new creatures in Christ who bear little resemblance to who we were just after receiving Christ and the new birth. It’s the dramatic difference between a tiny, helpless, new-born infant and a responsible adult who is raising and caring for his own family.

For the grace of God has appeared that offers salvation to all people. It teaches us to say “No” to ungodliness and worldly passions, and to live self-controlled, upright and godly lives in this present age… (Titus 2:11-12)

Grace as it is popularly taught emphasizes God’s unconditional love for the sinner. But the apostle Paul, to whom Jesus revealed God’s grace in its fullness, taught that grace goes on to transform us into holy people who do not practice sin and who live godly lives in this world as the Lord commands.

That is the true grace of God taught by the Apostle Paul. It is clearly not the “cheap grace” or “hyper-grace” taught by popular TV preachers to crowds with itching ears. By the true grace of God we can learn and grow to be perfect as our heavenly Father is perfect. We must stop making excuses for sin by using grace as a license for immorality—the unintended yet inevitable consequence of “cheap grace” for believers who have embraced it.

Jude 1:4  For certain individuals whose condemnation was written about long ago have secretly slipped in among you. They are ungodly people, who pervert the grace of our God into a license for immorality and deny Jesus Christ our only Sovereign and Lord.

2 Corinthians 13:11 Aim for perfection, listen to my appeal, be of one mind, live in peace.

Do you not know that in a race all the runners run, but only one gets the prize? Run in such a way as to get the prize. Everyone who competes in the games goes into strict training. They do it to get a crown that will not last, but we do it to get a crown that will last forever. Therefore I do not run like someone running aimlessly; I do not fight like a boxer beating the air. No, I strike a blow to my body and make it my slave so that after I have preached to others, I myself will not be disqualified for the prize. (1 Corinthians 9:24-27)

It is absolutely possible to strike a blow to our flesh—our old nature—and make it our slave such that we do not sin. If we understand the authority we have in Christ over our flesh, we can.
.

How to resist sin effectively