After surviving terrifying accident, our co-worker preaches at Memorial Service where the sick are miraculously healed & 25 accept Christ 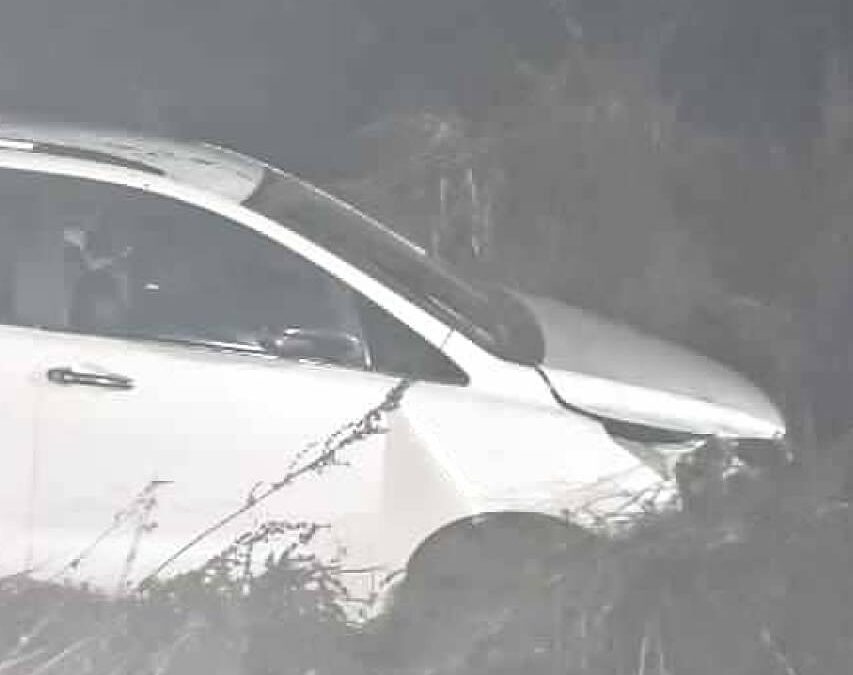 On Friday, January 29 (2021) our India co-worker and his wife were being driven in our ministry van to Sundergarh to minister at a memorial service for the elderly mother of one of our Elijah Challenge leaders. On the way a buffalo stepped into the road, and their driver was unable to avoid running into the huge animal. At that moment, they thought they weren’t going to survive. Their van flew over the barricade and landed in the ditch.

Our co-worker and his wife both suffered minor injuries: to his shoulder and chest, and to her head and waist. They were taken to a doctor to be treated. His wife underwent a CT scan.

By the Lord’s wonderful grace, they were still able to attend the memorial service where after the harrowing accident our co-worker stood up for 30 minutes to share the word of God. He preached from John 14:6 where Jesus claimed to be the way, the life, and the truth—the only way to the One True God. After the sharing, he ministered miraculous healing to the sick as compelling evidence to those present that Jesus was in fact the only way to the Father in heaven.

John 14:11 Believe me when I say that I am in the Father and the Father is in me; or at least believe on the EVIDENCE of the works themselves. 12 Very truly I tell you, whoever believes in me will do the works I have been doing…

After our co-worker ministered healing at a distance from the podium with the Lord’s authority, people came forward to testify that the Lord had indeed healed them. Among those miraculously healed were people who had been suffering from severe joint pain, arthritis, and asthma.

These miracles were the irrefutable evidence to the people present at the service—both Hindus and Christians—that Jesus is in fact the Way, the Truth, and the Life. When our co-worker invited them to accept Jesus Christ as their only Lord and Savior, around twenty-five people accepted the Lord.
.