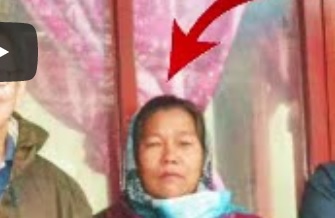 “I taught Elijah Challenge to a Nepalese pastor (Pastor Pramod Sharma) when trekking up the Himalayas last February. He caught on very well. During our trek coming back down from the snow lodge, he saw a lady who had been unable to stand up for a year. Since at that moment we were sitting outside the restaurant having tea, he went inside to talk to the owner. It was the owner’s wife who couldn’t stand up. He summoned the three of us—all trained by The Elijah Challenge—to come in to minister to her together.

Initially she was reluctant to give us permission to minister to her because she was a Hindu. She told us to ask permission from her husband first. Pastor Pramod asked him whether he would like to see his wife healed. He had been forced to do most of the housework during the year his wife hadn’t been able to get up. So he acceded to our request.

The four of us then ministered to her with authority, commanding her to be healed in Jesus’ name. Immediately, she stood up and walked! She hadn’t been able to stand up or walk for a year.

She said that she could feel a little bit of pain in her knee. Once again we ministered to her with authority, and all the pain left her knee! Praise God! Hallelujah! We then told her that it was Jesus who had healed her. We encouraged her to learn more about Jesus from the pastor who lives in the village.

Below is the video of the testimony in the Nepali language given by Pastor Pramod Sharma at his church where I conducted The Elijah Challenge Training.”

.
Woman miraculously healed as she listened to the testimony

“When I was teaching in another church in Kathmandu, a woman named Ganga Pradhan was present as one of the four servants of God who ministered to the owner’s wife was sharing about what the Lord had done.

Ganga had a spinal cord disorder which caused her back bone to be crooked resulting in much pain. She also had pain in her knees. She was miraculously healed and all pain disappeared as she listened to the testimony of the owner’s wife! Praise God! Hallelujah!

In the video below Ganga is sharing what the Lord did for her.”