Why aren’t Islam, Hinduism, and Buddhism infected by the ultra-liberal, progressive “woke” culture of the West? 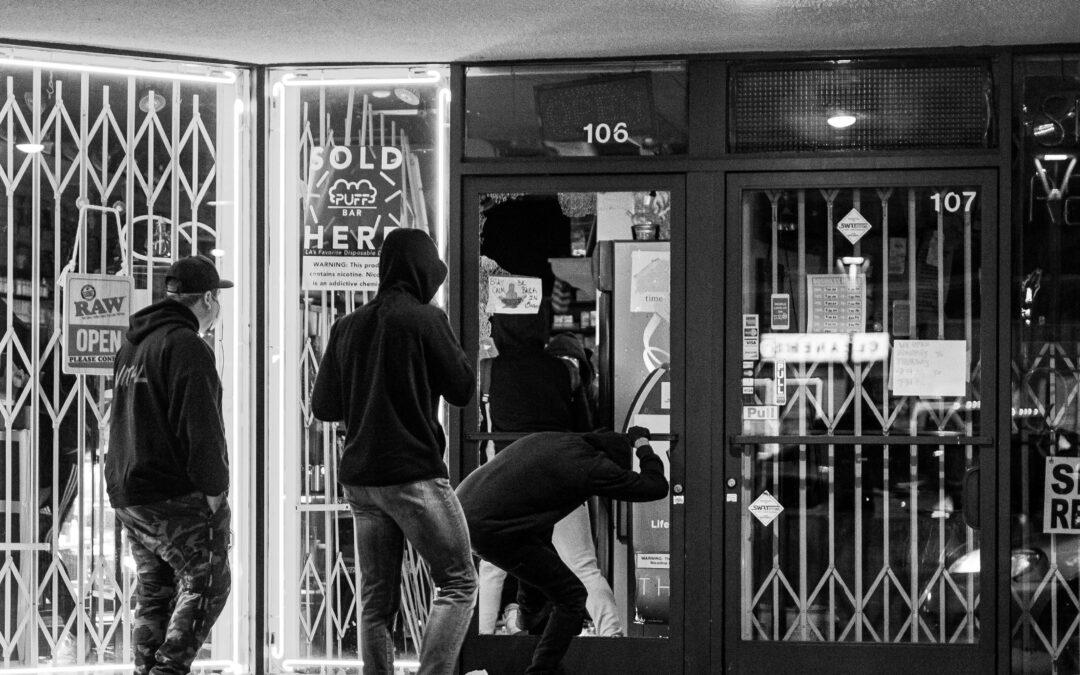 In Islam, Hinduism, and Buddhism, certain practices celebrated in our “woke” culture in the West are shunned. For them abortion, homosexuality, gay marriage, and pornography are abominations. The entire LGBTQ agenda which includes the freedom to choose sexual orientation and especially gender (of which there are said to be many) is nonsense. The unbridled, often hypocritical and cosmetic focus on “racism” in the West is non-existent in their cultures. Moreover, the nascent interest in socialism in America and its goal of “equality” for all cannot and will not take place in those cultures.

Why makes Western culture so different?

What is now taking place in the formerly “Christian” culture of the West is mentioned in Scripture.

2 Peter 2:18 For they mouth empty, boastful words and, by appealing to the lustful desires of the flesh, they entice people who are just escaping from those who live in error. 19 They promise them FREEDOM, while they themselves are slaves of depravity—for “people are slaves to whatever has mastered them.”

Jesus Christ came to set us free from the sins arising from our sinful nature. Through his death and resurrection, we who believe are set free from slavery to our old nature. Eternal life is free and not by works for those who follow Jesus Christ. We are now free to live holy lives in obedience to God’s holy commands.

Titus 2:11 For the grace of God has appeared that offers salvation to all people. 12 It teaches us to say “No” to ungodliness and worldly passions, and to live self-controlled, upright and godly lives in this present age…

…over the centuries as the gospel became embedded in Western culture, it metamorphosed into the world religion known as “Christianity.” No longer did it involve a personal, intimate relationship between the Savior Jesus Christ and a transformed sinner. Rather it was simply another religion into which one was born and involved membership in an organization called “church” along with its man-made traditions which cannot save.

When Jesus Christ as Savior from sin, personal responsibility for one’s actions in this life, and eternal judgement in the next life—when these truths are taken out of the gospel message—what is left is mainstream culture in the West.

The freedom from sin to live a holy life through a personal relationship with Christ has become freedom to do whatever makes our flesh “feel good”. The compassion, godly kindness and patient acceptance we have for others as transformed followers of Jesus have been replaced by enthusiastic approval for any and all lifestyles and deviant behaviors. “The freedom to pursue happiness” guaranteed by the US Declaration of Independence, however, is indeed meant only for those who fear God.

2 Peter 2:19 They promise them FREEDOM, while they themselves are slaves of depravity—for “people are slaves to whatever has mastered them.”

Judge 4 For certain individuals whose condemnation was written about long ago have secretly slipped in among you. They are ungodly people, who pervert the GRACE of our God into a LICENSE for immorality…

The GRACE of our God by which we have been freed from slavery to sin, freed from eternal condemnation, and freed to serve and obey Him has in contemporary Western culture been perverted into a LICENSE for adultery, fornication, homosexuality, “transexuality”, idolatry, Satan-worship, and every kind of abominable sin imaginable.
.

What about our “God-given rights”?

The right to become children of God given to those who believe in the name of Jesus Christ (John 1:12) has now become the “right” to do whatever pleases our flesh.

By the grace of God, eternal life is free for those who have been called to follow Jesus Christ. But now under the auspices of the god of socialism and big government, we have the right to have everything for free—including college education, healthcare, and all of life’s various needs.

1 Timothy 5:8  Anyone who does not provide for their relatives, and especially for their own household, has denied the faith and is worse than an unbeliever.

If according to socialism we rely on the government to provide for us instead of working diligently to provide for our loved ones, we have denied the faith and are worse than unbelievers.
.

How about the focus on anti-racism?

Anti-racism in Western culture is originally based on Galatians 3:28 in which “there is neither Jew nor Gentile, neither slave nor free, nor is there male and female, for you are all one in Christ Jesus.”

Indeed in Christ, there is no difference based on race, whether black, brown, or white. The key here is “in Christ.” Apart from Christ in our hearts, human beings of different races will in some way always— albeit sometimes unconsciously—see (and thus treat) one another differently. Man sees skin color, while God sees the heart.

In India dominated by Hinduism there are strict social castes with Dalits at the bottom and Brahmins at the top. There is absolutely no upward social mobility for “untouchable” Dalits. In some states of India, Christianity is thought to be the despised religion of the poor. In some Muslim nations, Christians suffer very unfairly at the hands of the Muslim majority. In China there is clear discrimination against foreigners, especially blacks. At one time some Chinese would customarily refer to whites as “foreign devils” and blacks as “black devils.” Outside the West in what might be called “the real world”, there is little thought given to the laughable (to them) notion of “equality” for everyone. Outside of the West, so-called “equality” for all is mostly non-existent. But the West is not to be congratulated.

In the christianized West, “indignation” at the sin of racism has given rise to carnal anger providing a culturally-acceptable pretext for violence, riots, looting, and arson—even against black-owned businesses. It provides cover for socialism under the guise of the Black Lives Matter movement. Such violent responses to racism will not happen outside the West in the “real world” where racism is an unavoidable fact of life. The truth is that fallen man anywhere will never create heaven on earth. (Recall man’s attempt to be like God in Genesis 11 with the tower of Babel.) Only in the Kingdom of Heaven will there be no vestige of racism or sin.
.

In God’s eyes, can the West be worse off than before…even worse than unbelievers?

2 Peter 2:20 If they have escaped the corruption of the world by knowing our Lord and Savior Jesus Christ and are again entangled in it and are overcome, they are worse off at the end than they were at the beginning.

This is what has happened in the post-Christian West. At one time, America was a bastion of personal freedom and a “shining city on a hill” as President Ronald Reagan put it in his speeches. But due to the teaching of the Nicolaitans hated by Jesus, that freedom has been horribly corrupted and bears no resemblance to the freedom for which the Founding Fathers fought the Revolutionary War nearly two and a half centuries ago. Our contemporary culture is now arguably worse than those based on Islam, Hinduism, and Buddhism where fornication, adultery, homosexuality and infanticide are shunned—while in the West the freedom for such lifestyles is celebrated. We have become “worse than unbelievers” according to 1 Timothy 5:8, especially with the growing acceptance of socialism among our millennial generation whereby the government provides everything for free, relieving people of personal responsibility.

2 Peter 2:21 It would have been better for them not to have known the way of righteousness, than to have known it and then to turn their backs on the sacred command that was passed on to them. 22 Of them the proverbs are true: “A dog returns to its vomit,” and, “A sow that is washed returns to her wallowing in the mud.”

2 Timothy 3:1 But mark this: There will be terrible times in the last days. 2  People will be lovers of themselves, lovers of money, boastful, proud, abusive, disobedient to their parents, ungrateful, unholy, 3  without love, unforgiving, slanderous, without self-control, brutal, not lovers of the good, 4  treacherous, rash, conceited, lovers of pleasure rather than lovers of God— 5  having a form of godliness but denying its power. Have nothing to do with such people.
.

.
Having said all the above, I declare that I am extremely thankful to the Lord that I was born in America of parents who immigrated here from China. Here in America I was blessed with the FREEDOM to hear the gospel and to be given the resources to serve the Kingdom of God and bear lasting fruit for our Father in heaven.

Part 1 of the teaching of the Nicolaitans

Part 2 of the teaching of the Nicolaitans