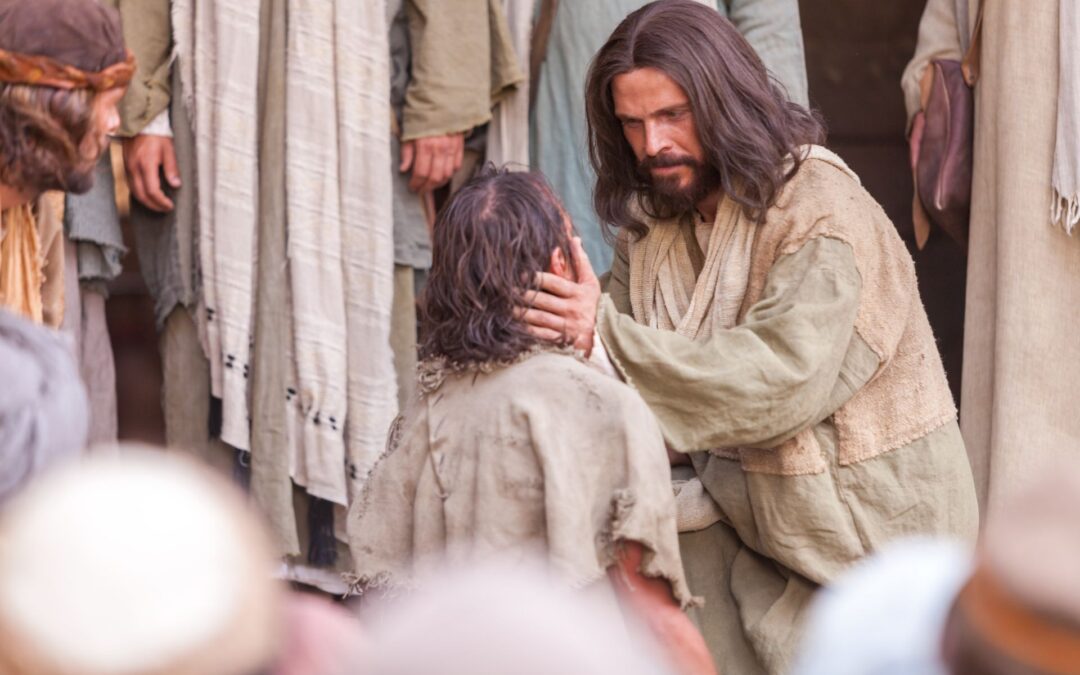 A man had brought his demonized son to the disciples in order for them to drive out the demon causing severe epileptic seizures for the boy. They promptly failed to drive it out, and in disappointment the father went to Jesus to report to him what had happened. Hearing this Jesus rebuked the disciples most harshly for having failed to drive out the demon, and then himself drove it out. Later when the disciples asked Jesus why they hadn’t been able to drive it out, Jesus replied succinctly “This kind can come out only by prayer.”

Mark 9:14 When they came to the other disciples, they saw a large crowd around them and the teachers of the law arguing with them. 15 As soon as all the people saw Jesus, they were overwhelmed with wonder and ran to greet him. 16 “What are you arguing with them about?” he asked.

17 A man in the crowd answered, “Teacher, I brought you my son, who is possessed by a spirit that has robbed him of speech. 18 Whenever it seizes him, it throws him to the ground. He foams at the mouth, gnashes his teeth and becomes rigid. I asked your disciples to drive out the spirit, but they could not.”

20 So they brought him. When the spirit saw Jesus, it immediately threw the boy into a convulsion. He fell to the ground and rolled around, foaming at the mouth.

21 Jesus asked the boy’s father, “How long has he been like this?” “From childhood,” he answered. 22 “It has often thrown him into fire or water to kill him. But if you can do anything, take pity on us and help us.”

23 “‘If you can’?” said Jesus. “Everything is possible for one who believes.” 24 Immediately the boy’s father exclaimed, “I do believe; help me overcome my unbelief!”

25 When Jesus saw that a crowd was running to the scene, he rebuked the impure spirit. “You deaf and mute spirit,” he said, “I command you, come out of him and never enter him again.”

26 The spirit shrieked, convulsed him violently and came out. The boy looked so much like a corpse that many said, “He’s dead.” 27 But Jesus took him by the hand and lifted him to his feet, and he stood up.

28 After Jesus had gone indoors, his disciples asked him privately, “Why couldn’t we drive it out?”

29 He replied, “This kind can come out only by prayer.”

The traditional interpretation of Jesus’ explanation of this verse has this particular “kind” of demon being so powerful that the disciples would not be able to drive it out, and that only prayer to God would result in the boy’s healing. God would heal the boy directly following prayer.

This interpretation is problematic. When Jesus hears that his disciples had failed to drive out the spirit, he rebukes them very severely.

Clearly he expected his disciples to have succeeded in driving it out.

How then could a moment later Jesus explains away their failure by saying that “This kind can come out only by prayer”? The traditional interpretation of Jesus’ words makes no sense in the context. In order to understand what Jesus actually meant, let us turn to the more complete relating of the incident as recorded in Matthew 17.

19 Then the disciples came to Jesus in private and asked, “Why couldn’t we drive it out?” 20 He replied, “Because you have so little faith. Truly I tell you, if you have faith as a mustard seed, you can say to this mountain, ‘Move from here to there,’ and it will move. Nothing will be impossible for you.”

The disciples failed not because the demon was too powerful for them to drive out, but rather because they had little “mountain-moving faith.”

In Luke 9, Jesus had already given the disciples power and authority to drive out ALL demons.

When Jesus had called the Twelve together, he gave them power and authority to drive out all demons and to cure diseases, 2 and he sent them out to proclaim the kingdom of God and to heal the sick.

Therefore the reason for their failure was not that the demon was too powerful for them to drive out, and that they had to leave it in God’s hands following prayer. It was rather because of their little faith, that is, their little “mountain-moving faith.”

Disciples should not too quickly excuse themselves for failing to cast out a demon because it is too powerful for them. Often it is because of their little faith. So how do we interpret “this kind can come out only by prayer”?

There are two possible interpretations.

The best interpretation holds that through prayer (and fasting) our weak mountain-moving faith grows and becomes strong to the point where we can in fact cast out the demon. “Nothing will be impossible for us.”