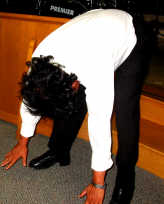 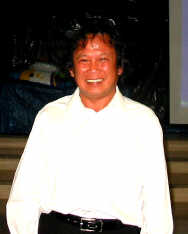 This gentleman testified that he had had a back problem for 20 years. A Vietnamese pastor came forward and laid hands on him, commanding his back to be healed in the name of Jesus. Afterwards he was able to bend down and move his back freely, something he had not been able to do for two years! 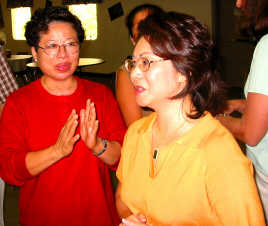 The woman in yellow had pain in her fingers due to arthritis. After the woman in red ministered to her with the authority that Jesus has given to His disciples for the sake of the gospel, she immediately broke out into a big smile and testified that the pain had instantly vanished! 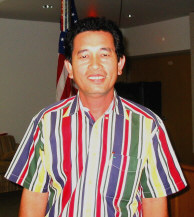 This man had neck pain. A Vietnamese minister laid hands on his neck and rebuked the pain in the name of Jesus. The pain left immediately. Believers have a measure of authority over disease in the name of Jesus for the sake of proclaiming the kingdom of God to the world. 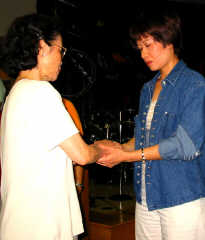 The woman in denim blue had arthritic pain in her hands. A Vietnamese Baptist lay person laid hands on her in the powerful name of Jesus, and the pain left. She was able to open and close her hand freely!