Revelation 7:9 “After this I looked, and there before me was a great multitude that no one could count, from every nation, tribe, people and language, standing before the throne and before the Lamb. They were wearing white robes and were holding palm branches in their hands.”

From this we see that people from “every nation, tribe, people and language” will be standing before the throne wearing white robes—whose names were written in the Book of Life from the creation of the world (Revelation 17:8).

Yet as of 2022, the great majority of followers of Jesus Christ today are descendants of the gentile Europeans which accepted the gospel nearly 2,000 years ago primarily through the ministry of the apostle Paul. Acts records that on his second missionary journey when Paul wanted to go east to Asia to proclaim the gospel there, the Spirit of Jesus did not allow it. So instead Paul went west to Troas and from there continued westward into Macedonia—present-day Greece—where he preached the gospel.

Acts 16:6  Paul and his companions traveled throughout the region of Phrygia and Galatia, having been kept by the Holy Spirit from preaching the word in the province of Asia. 7 When they came to the border of Mysia, they tried to enter Bithynia, but the Spirit of Jesus would not allow them to. 8 So they passed by Mysia and went down to Troas. 9 During the night Paul had a vision of a man of Macedonia standing and begging him, “Come over to Macedonia and help us.” 10 After Paul had seen the vision, we got ready at once to leave for Macedonia, concluding that God had called us to preach the gospel to them.
. 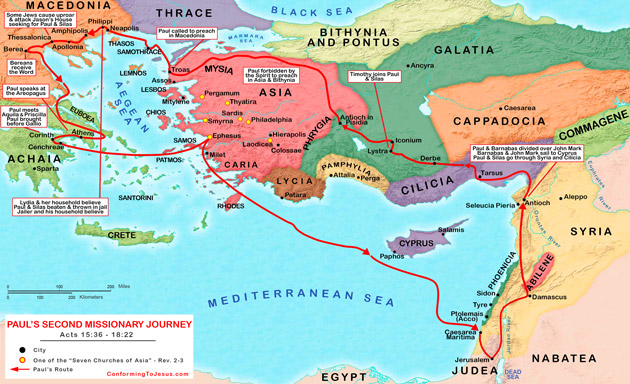 .
It’s possible that Paul eventually preached the gospel in Spain (Romans 15:24 & 28) — much farther west than even Greece. We conclude that after the Jews, the Lord wanted the early Europeans among the Gentiles to hear the gospel.

But we know that the Lord is no respecter of persons.

Therefore we believe that during these very Last Days, the primary harvest will be in the Third World where the population is predominantly non-European in ancestry. The nature of the final harvest in Western post-Christian nations will be that of “gleaning” only. But in the Third World there will be a very great harvest of souls in order for the Great Commission and for Revelation 7:9 to be fulfilled. There will be souls — with every nation, tribe, people and language equally and proportionally represented — standing before the throne of our God.

That is the focus of The Elijah Challenge during these very Last Days before the great and terrible Day of our Lord.